With the Trans-Sylvania Epic now more than a week in my rearview mirror, I can finally reflect on the whole experience.  After five years of doing the event, I can assure you that there’s a temporary brain cloud to be expected upon your return from Spring Mills, Penn.  It never fails.  After my eight hour drive home on Sunday, I found myself in a Target that evening with my family. I could not understand much of what I was seeing.  Secluded in a forest with nothing but riding, eating, drinking and hanging out for more than a week, the return to normalcy is always a shock to the system.  I’m finally feeling human again.

Five years, thirty five total stages, and I finished all of them… but hardly unscathed.  Although I’ve had the feeling in the past that this is just the place I’ll be very year at the end of May, I had some darker moments of doubt this time.  Perhaps it started on the lonely drive up to PA.  Last year I was in the The Hub/Pisgah Tavern Sprinter van with six others, an eight hour journey turned into an eleven hour social experiment.  This year, it was just me and the smells of a partially digested large pizza occupying my Honda Fit of Rage with only Pandora to keep me moving forward.

Day one’s prologue is always a teasing mind-funk.  Too short to make much of a difference in the overall at the end of the week, it takes a full-on cross country paced, bleeding out of your eyes heart rate effort to put your best foot forward and show the others you mean some business.  It’s a long six days ahead, and you can start digging your hole pretty early.  I brought my shovel.

Day two was harder than in years past, oddly enough just by changing the direction on some familiar trails.  I thought it was just me alone in my miserable world, but the feeling was shared by many later that evening.  My own experience was that of dragging the boat anchor of fatigue from a loaded month of May stacked with endurance racing.   Nearly five hours of hard climbs followed by brutal descents, there was no rest for the wicked that day.

Enduro racing was on the menu for day three, a mix of semi-casual riding in between five times downhill oriented segments.  After thirty total days of the TSEpic on a rigid fork and a feeling that was settling in that this might be my last go-around, I’d decided the night before to mount up my 140mm travel fork and a dropper post.  It was time to run things over with furious speed and shit-eating grins.  I spent the majority of the day in the company of The Angry Singlespeeder, bullshitting our way up the climbs and ripping the descents in a friendly yet competitive manner.  Even with my technologically enhanced bike, I still missed the top three spots on the single speed podium at the end of the day.  It was fun, but before the night was over, I put my rigid fork back on.

Although I won the single speed class and took over the lead in the single speed GC on the Coburn Stage back in 2011, like Tom Cruise and Anthony Edwards, I had lost that loving feeling.  A cold, damp start with the lead riders hitting the day at an insane pace, I just faded back into the less assertive part of the field.  I’d started the day in third place in the single speed overall, but decided if I slipped off the podium, so be it.  This was turning into a swansong year, and it was time to smell the roses.  I found a long time friend out on the trail, and we spent the day talking, saving turtles, enjoying tasty beverages, and just generally not being in a hurry.  Unfortunately, the rider that was just behind me in the overall standings had pedal issues and failed to bump me off the podium, serving me a dilemma to confront the next day.  Give up or dig deep.

The trails at R.B. Winter are notorious for their technical nature.  All I can remember from previous years is pile after pile of rocks littering the trail and the pain associated with riding over them.  I went hard early in the race hoping to not get bogged down in a Walking Dead scenario, riders turned into ambling zombies on the trail making it difficult to keep moving and stay alive.  This year though, the course was changed, and the hard effort just meant a fast stage that was over quickly and rewarded with much eating of post-race pizza. 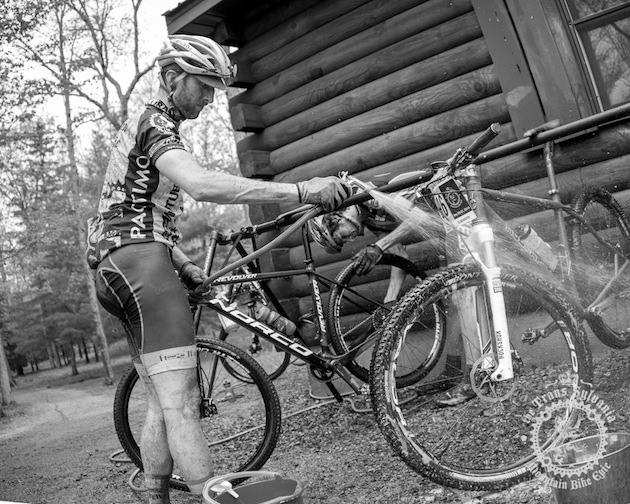 Tussey Mountain is considered the Queen Stage of the race.  Without writing a novel, all I can say is that I had a incredible day.   Many things came together to stir me into action, but most of all, it was the knowledge that this would be my last Queen Stage for some time to come.  I went all in and managed to take the win in the single speed field.  Sadly though, the overall leader of our class and long time friend and competitor, Matt Ferrari, broke some bones in his ass region and was out of the race.

The last day was the typical single speed victory lap that has become sort of a tradition.  Perhaps somewhat less debaucherous than in the past, we still rode together in unison, no one making moves or seeking personal glory.  Just friends, old and new, making their way around twenty six miles of pleasure filled trails.  Fun was had and a certain sense of sadness settled in.

Why does this has to be my last TSEpic for awhile?  What am I going to be doing next year around this time?

I’m a moron.  Of course I’m going back.  This race is just everything I enjoy about mountain biking; challenging trails, camaraderie, meeting new people, beautiful scenery, tossing back a few at the end of the day.  Why would I not go back?  Sure, sometimes it feels a bit like the same old same old, but there’s some comfort in that.  I know it will always be a good time and the only disappointment I can expect would be if I had to read about it on the internet instead of being there.  Don’t make that mistake.  Join me for Singletrack Summer Camp 2015 (otherwise known as TSEpic) and skip out on being an adult for seven days.  Your real life will still be there… it will just take awhile for you to adjust when you get back. 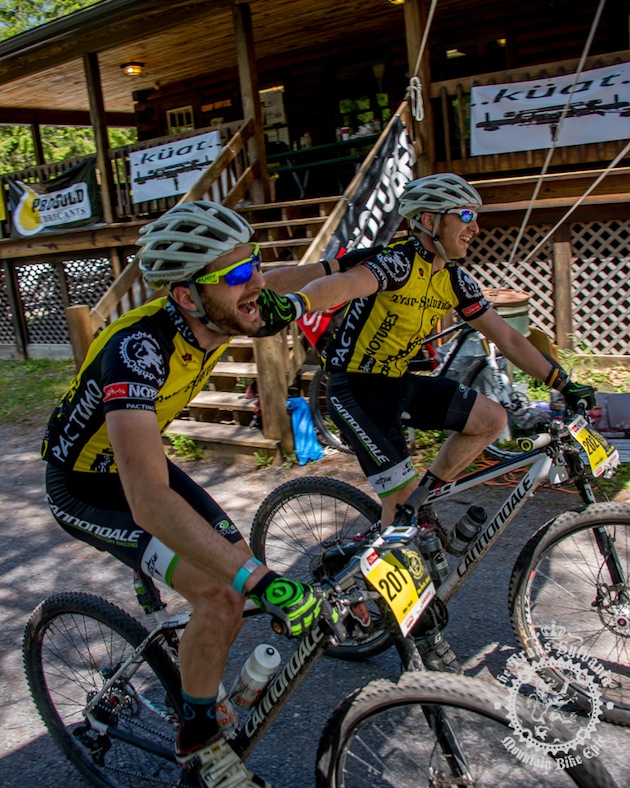