EnvironmentUnderwater Rainbow: Can the Candy Darter Survive the MVP?

Underwater Rainbow: Can the Candy Darter Survive the MVP?

Southern Appalachia is a global hotspot for aquatic species. Half of all freshwater fish species on the continent are found here. One of the most spectacular—and most threatened—is the candy darter.

This small fish is often called an “underwater rainbow” with its vibrant blue-green, red, and orange stripes. Candy darters are incredibly rare and currently are only found in 4 streams in all of Virginia and several in West Virginia. Of the 35 known candy darter populations, only 17 remain.

Deforestation, sedimentation, and increasing water temperatures have already reduced candy darter habitat and populations. Now candy darters are facing additional threats from the construction of the Mountain Valley Pipeline, a 300+ mile long fracked gas pipeline that is intended to run through the region. The Environmental Impact Statement (EIS) for the pipeline, which was approved by FERC (the Federal Energy Regulatory Commission), claimed that the project would not pose a threat to the species. However, Since beginning construction, the pipeline project has been issued 6 notices of violation for failing to control erosion and sediment and for damaging water quality, something for which the project has been widely criticized from the start.

Adding to a stream’s sediment load has several potential adverse effects on stream ecosystems, says Paul Angermeier, professor of Fish and Wildlife Conservation at Virginia Tech. Many native fish to the region are especially sensitive to sedimentation because they require specific habitat types. The candy darters, for example, require a very specific habitat in fast flowing streams, under rocks and around rubble or other silt-free substrates. An increase of sedimentation in rivers and streams could reduce production of high quality foods, leading to reduced growth, survival, and abundance. It could also clog up the space in-between rocks that candy darters use as habitat and reproduction sites.

Excess sediment is perhaps the most pervasive factor affecting species like the candy darter, says Angermeier. One of the highly likely impacts of the pipeline corridor is episodic runoff of fine sediment into streams after a heavy rain. “Such episodes could be locally catastrophic, causing extensive mortality,” he says. “Although the risk of severe erosion will diminish somewhat after soil stabilization tactics are implemented post-construction, the steep slopes and erodibility of the pipeline corridor, combined with the limited efficacy of available soil-stabilizing tactics, ensure that significant risk of severe erosion will persist for decades post-construction.” Additionally, Dr. Angermeier says that there could be permanent increases in the occurrence of stream drying, which could also result from the reconfiguring of karst via trenching for the pipeline.

A decision will be made in October whether to list the candy darter as a federally threatened species. Katie McBaine, a graduate student in Virginia Tech’s Department of Fish and Wildlife Conservation who is studying the candy darter,  believes there should have been more of an effort to monitor the fish populations before and after construction of the pipeline.

“The time to manage or conserve fishes or species is when they are common,” says McBaine. “If we keep having this retroactive mentality on management and conservation, it is going to continue to be a difficult road.” 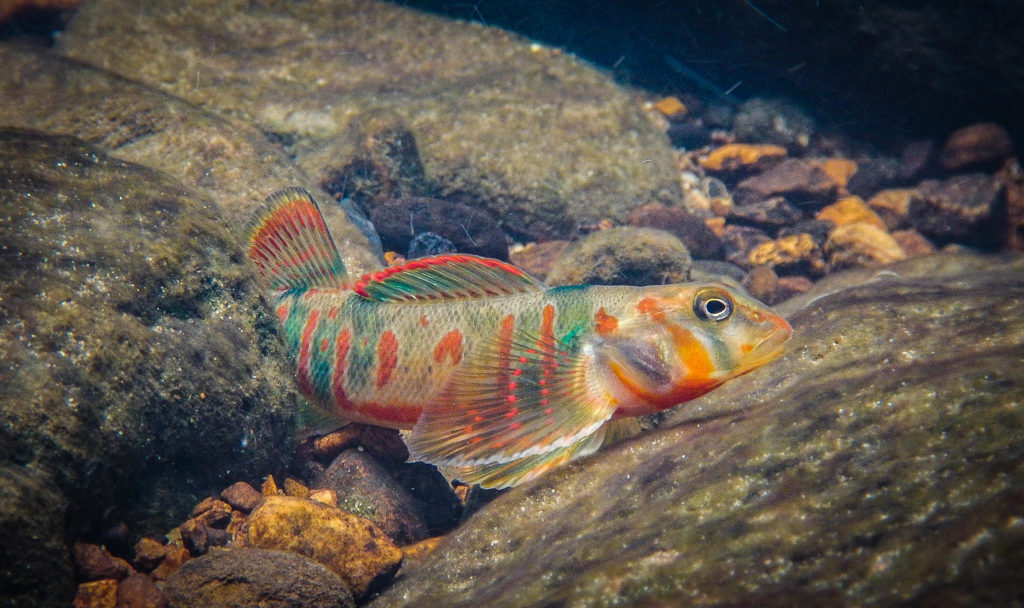