The Top 10 Features I Can’t Live Without

I’ll be the first to admit—driving around a fresh-off-the-assembly-line 2014 Jeep Cherokee for the past year and a half has me a little more than spoiled. Growing up, the only cars I drove were beater cars—you know, beater, as in the type of car you would have no qualms about abandoning on the side of the highway should it cut out and die on you (which, in all honestly, it probably will). For almost a decade I drove around a car that had no air conditioning, no speedometer, no odometer, and power windows that had long lost their power.

It wasn’t that bad, though. At the end of the day, the thing got me from point A to point B with normally just one jumpstart (sometimes two) in between. But now that I’ve logged over 26,000 miles in the Cherokee, I’ve started to realize that I may never be able to return to the land of beater cars again.

Here are the 10 Jeep Cherokee features that, I certainly could live without, but I’d rather not.

I’m not sure if I’m a sissy now, or if this thing really does make life better, but as someone who suffers from poor circulation, this heated steering wheel is my best friend come wintertime. 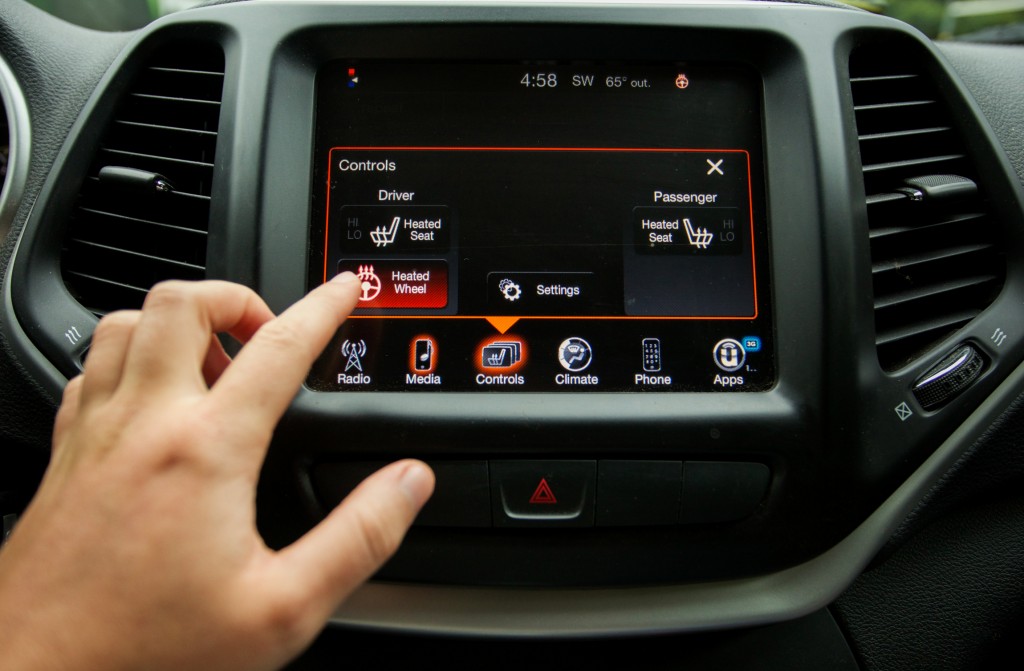 Streaming. It’s the way of the world these days. CD players are archaic technology. Now, at the swipe of a finger, I can stream NPR, Enormocast, This American Life, Spotify, anything my fickle tastes desire.

GoPros. iPhones. Hotspots. Even a portable lantern. I’d say about 40% of the electronics I own are chargeable by USB. This port makes keeping those items charged and useable only that much easier. 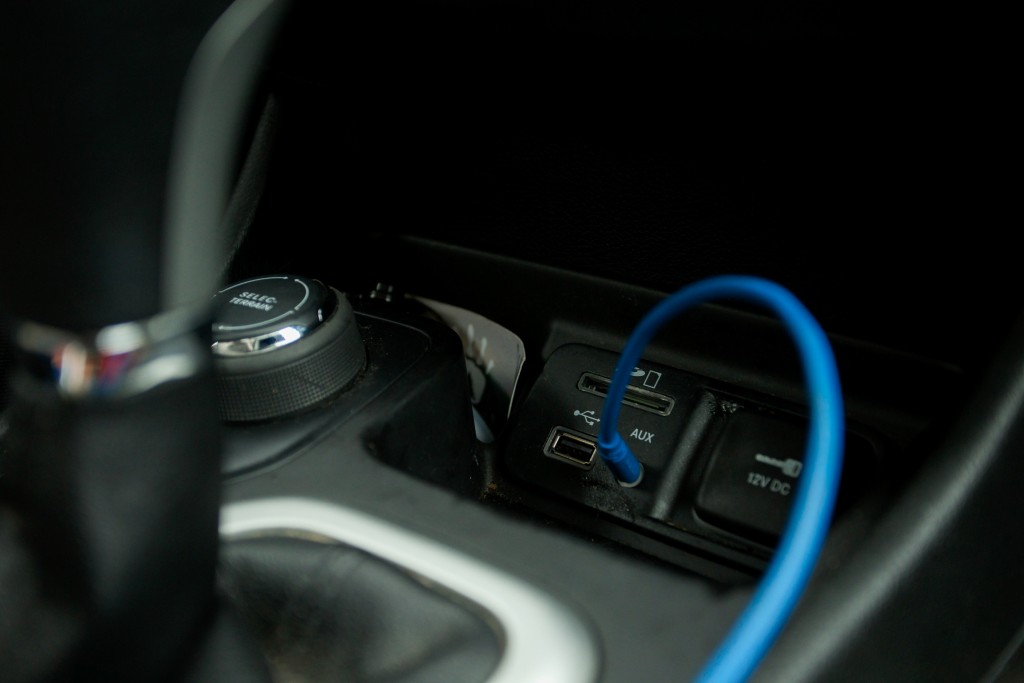 It’s like a live performance, in your car, and you’re the only audience member.

Because really, what good are those seats in the back anyway if not for folding down and sleeping on when you’re too lazy to set up your camper?

There are multiple reasons I like being able to start my car from the second-story window of my hotel room—one, because it’s fun to confuse people and make them question if they’ve seen a ghost—and two, because nothing beats stepping into a roasty toasty car in the dead of winter. It also helps me be a little less late, which, historically, I am to almost everything.

I confess. I sometimes mistake the climate control for the volume control. So instead of a blast of heat to the face, now I can consciously blast my face off with music, instead. 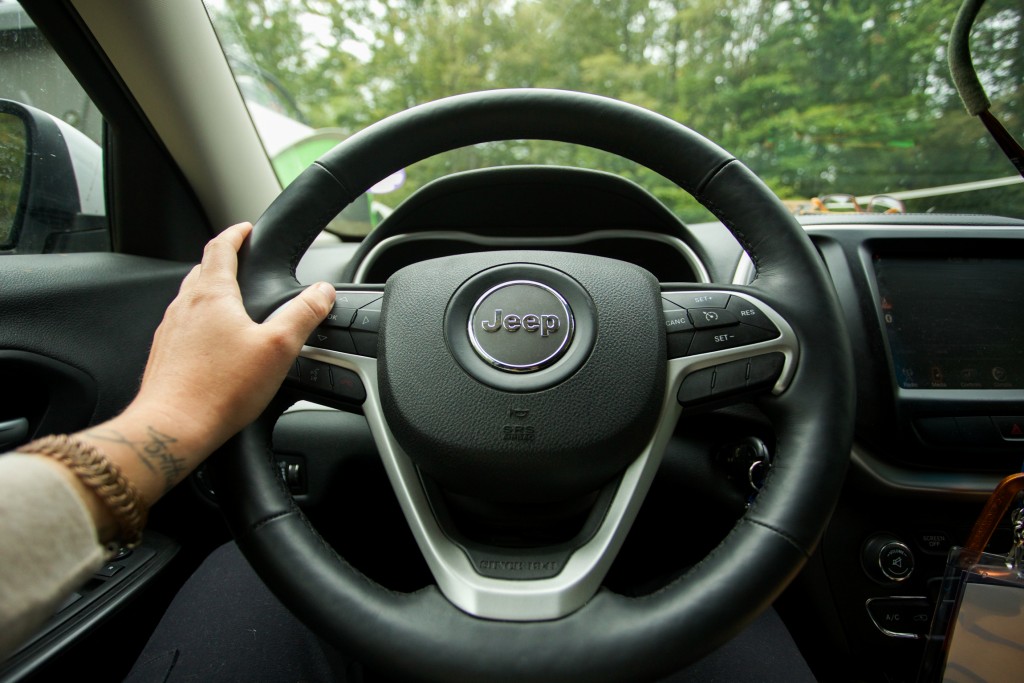 How did I ever live without this before? If anything, it’s just cool to watch the temperature drop as the elevation rises (pun intended).

Nothing’s worse than the crunch of your car bottoming out. For any Forest Service road or festival field driving, the Cherokee’s nearly six-inch lift clears it all.

Tack on a fully loaded camper to any vehicle and you’re bound to lose a few miles. Thankfully, the Cherokee starts me out with 31mpg, which means I get anywhere from 20-24mpg on the highway.