The West Virginia Land Trust is thrilled to announce permanent protection of 665 acres of land, which fronts six miles of the Gauley River! The purchase ensured that an area known as the Gauley Canyon, which had once been considered for development, will remain intact and be managed to provide forests, river access, and recreational opportunities for the public.

The Gauley River is perhaps best known for its world class whitewater, which draws nearly 60,000 whitewater rafters during a six week period each fall. Despite its popularity during this time period, the deep forested gorge that the river cuts through provides year-round recreational opportunities, including rafting, kayaking, hiking, biking, climbing, hunting, and fishing. 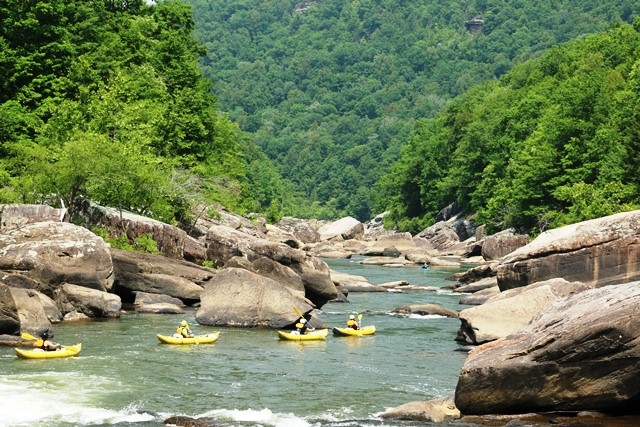 “For a number of reasons, this is one of the most strategic acquisitions within the Gauley Canyon,” said Dave Arnold, Vice President of Adventures on the Gorge. “This land fronts on six miles of the river on both sides and many of the rafting companies use this area for their lunch stops. Protecting the visual corridor in this area is critical to the quality of our customers’ experience,” he said. “Many people don’t know that the rafting companies run the Gauley all year long and one of our issues is with river access when the water levels are down. With this acquisition, we now have a potential public access point. This is critical for us when the river is low.”

The newly protected area includes land on both sides of the Gauley River, just downstream of its confluence with the Meadow River. A large part of the tract is below Carnifex Ferry Battlefield State Park.

“Its location in the heart of the canyon includes the site of some of the most significant rapids on the Gauley River,” Arnold said.

The area is host to abundant wildlife, including federally-endangered species, such as Indiana and Virginia big-eared bats. The Eastern hellbender is a rare salamander found in the Gauley River, which can reach over two feet in length and weigh up to five pounds.

Picture here are Barbara’s Buttons— listed as an “imperiled” plant species under both state and global rankings due to its very limited range and high vulnerability to extinction. Found on the north side of the river, below Meadow River Confluence, above Lost Paddle Rapids. 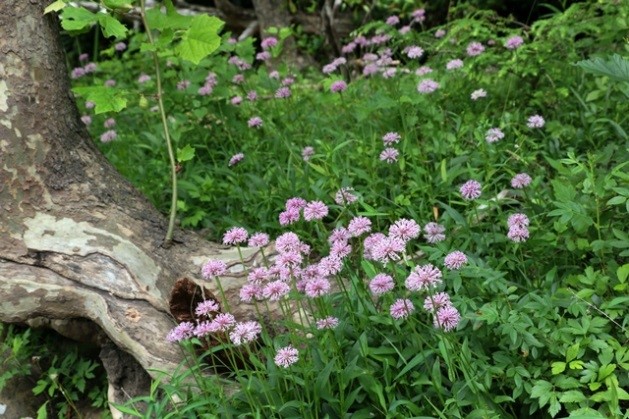 The West Virginia Land Trust is a statewide nonprofit land protection organization that works voluntarily with land owners and communities interested in protecting lands of scenic, recreational, agricultural, or ecological importance. More information about the organization can be found at www.wvlandtrust.org.