You could go anywhere for a weekend getaway, but few destinations east of the Mississippi River beat the Southeast and Mid-Atlantic regions. With more breweries, wineries and small towns than stars in the sky, how do you decide where to go? Answer, by seeking out a unique, a one-of-a-kind experience. Pack a bag, load up the cooler and get in the car. Here are 10 unique weekend getaways tailor-made for adventure.

Pro Tip: LeConte Lodge doesn’t take walk-ins. This collection of primitive cabins sits on the summit of Mount LeConte in the heart of Great Smoky Mountains National Park, and depending on which route you take to get there you’re looking at somewhere between a 5- and 14-mile hike in, so do yourself a favor, reserve your cabin well ahead of time. But the payoff from a steep day on the trail is excellent: the sun setting over the Smoky Mountains, a sky absolutely awash in stars, and all the cool, fresh mountain air you can breathe. 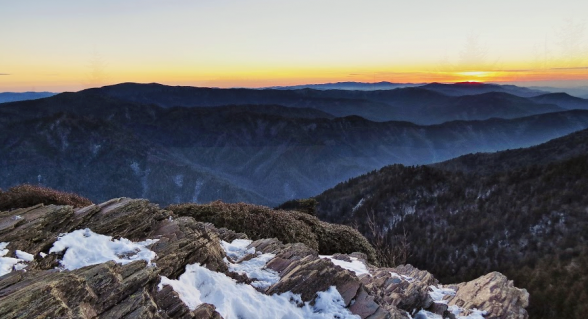 There are several trails to take, the most popular being Alum Cave Trail, Trillium Gap Trails, or the longer Boulevard (which connects the AT to LeConte) and Brushy Mountain Trails.

You need a reservation, and LeConte books a year in advance, but don’t worry, you may be able to take advantage of a cancellation if you call 865/429-5704.

Recapture a moment of childhood bliss by spending the weekend in one of these three treehouses on South Carolina’s Edisto River. Located on the coastal plain just outside of Charleston, they may be just a little out of the Blue Ridge, but you won’t complain once on your 13-mile paddle along the cypress-lined river to one of these private getaways. 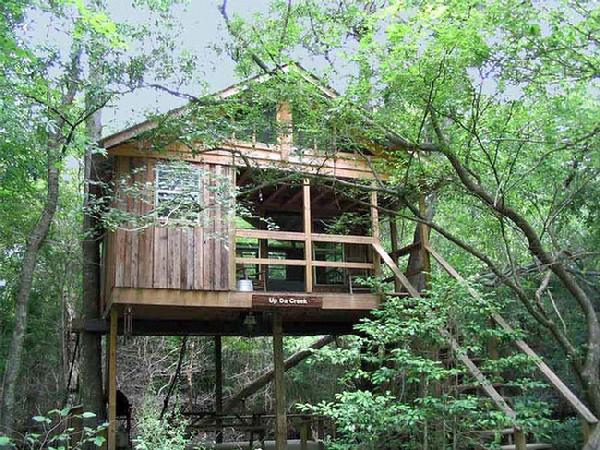 The treehouses—which come in small, medium and large, sleeping up to 4, 6 and 8 respectively—are situated in a secluded spot in the middle of a 160-acre private reserve and they come with a grill, cooking gear, a screened-in sleeping area and a canoe.

Primitive Cabins on the Appalachian Trail, Virginia and Pennsylvania

There are 40 cabins in the mountains along the Appalachian Trail between Charlottesville, Va., and Pine Grove, Pa. Thanks to the Potomac Appalachian Trail Club, they’re kept in good repair and are available to the hiking public. Well, some of them are. The club keeps 25 reserved for PATC members, but 15 are ready for anyone to use. Of those 15 cabins, all but two are primitive, and if you’ve got a bunch of hiker friends who are ready to hit the trail in Shenandoah National Park or in a corridor of southern Pennsylvania, they sleep between 4 and 12, but you’ll need to make a reservation quick because they rent up fast.

The Hostel in the Forest, Georgia

On Georgia’s lush coastal plain, a 133-acre forest of pine, cedar, palm and magnolia holds a secret: a hotel complete with nine treehouses and one geodesic dome. And you can stay there if you’re a member (membership is $10 and you can sign up when you check in).

The Hostel opened in 1975 and retains some of that post-‘60s hippy vibe—it’s peaceful beyond simple tranquility and many visitors come to use the place as a sort of spiritual retreat. Spiritual or not you can connect with nature here on your own time and in your own way, and as long as you’re cool with everyone, everyone’s cool with you.

Dorothy’s House, The Land of Oz

If you thought Dorothy Gale lived in Kansas and the Land of Oz was all in her imagination, think again, they’re both in Beech Mountain, North Carolina. The Land of Oz, a Wizard of Oz-themed amusement park, now defunct, is only open a couple of days a year, but you can walk that Yellow Brick Road any time if you rent Dorothy’s House. June through October, you can stay here, explore the part time park (which, frankly, can get a little creepy), go for a drive on the Blue Ridge Parkway, hike to some waterfalls and watch out for flying monkeys.

Let’s stop thinking of Houseboating as a Tahoe-Havasu-Meade thing and bring it to the East Coast in force. Head to Smith Mountain Lake, rent a houseboat (or two, but you’ll need a lot of friends to do it right) and party on the lake. Swimming, flip cup contests, kayaking, marathon card games, fishing and backflips off the top deck are just some of the ways to put your stamp on this manmade lake.

You don’t have to be a master caver to spend the night in a cave, you can do it in Bluff City, Tenn. Worley’s Cave, in cave-rich Tennessee, is open for tours every day, but on weekends you can spend the night underground, no tent required, just a ground cloth and your sleeping bag (it stays a chilly 55˚ in there). Sleep, explore some of the 4,000 feet of caverns and tunnels, then head topside to shower and camp in a meadow near the cave’s entrance.

Want a weird weekend? Pack your tent and head to Morganton, North Carolina, then make your way to Brown Mountain where you’ll camp in hopes of spotting, up close and personal, the legendary Brown Mountain Lights. These lights are a strange phenomenon that could be UFOs or ghosts or ball lightning or who knows what, but plenty of locals (and the author of this piece) have seen them on, over and all around Brown Mountain. Camp on the slopes and spend your days hiking to the top where some mysterious boreholes only add to the Brown Mountain question. If you get wigged out, or even if you don’t, head into town and hit Fonta Flora Brewing for some liquid courage.

As long as we’re talking paranormal, spend a night or two in Seneca Creek State Park and see if you don’t get goose bumps a time or two. Thanks to the cult film The Blair Witch Project, which filmed here, these woods will forever be tied to strange noises, witchy sculptures and someone in your party forgetting how to read a map. But don’t sweat the spooky stuff, it was all for show (we hope) and these woods are loaded with hiking and mountain biking trails including the 16.5-mile Seneca Creek Greenway.

In the Georgia Blue Ridge there’s a unique little town called Helen that in 1969, for some reason or another (left-handed cigarettes?) the town transformed itself into a picturesque German village. A whole façade of gingerbread trim and steep roofs and cobblestone streets all reminiscent of Bavaria was built, giving the town a new identity. Helen maintains its German look and goes so far as to serve German food—Hansel and Gretel Candy Kitchen, Hofer’s (for breakfast), and a Fried Cheese Café (also serving schnitzel)—and beer. Oh, and at Smithgall Woods State Park you’ll find excellent trout fishing, some pretty hikes, and plenty of roads for cyclists to ride. It’s an oddly charming way to spend a weekend in the mountains. 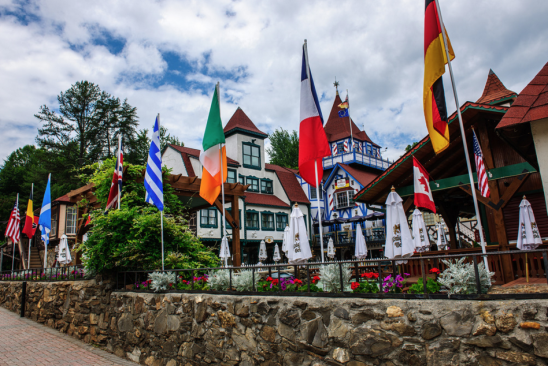