Go OutsideIs that a banana in your beer?

Is that a banana in your beer?

I have a good friend who’s a WaterKeeper—one of those paddlers who fights to clean up our waterways and tries to keep Duke Energy in check. At least that’s what he says he does. From what I can tell, his job consists of paddling around in a canoe with his dog and drinking beer. It’s not a bad gig. It’s an even better gig considering the fact that SweetWater Brewing, out of Atlanta, likes to shovel beer and money at the Waterkeeper Alliance (over $150,000 last year alone), developing an annual “Save Our Water” campaign that helps raise awareness and supply funds for Waterkeepers like my buddy, so they can keep canoeing with their dogs and drinking beer…for a living.

Okay, seriously, Waterkeepers do some important work. They’re the dudes and dudettes who stop the murky discharges from factories and farms from hitting our rivers, the paddlers who remove the trash from our river banks, and the heroes who make sure our federal and state governments comply with the Clean Water Act.

SweetWater is so smitten with the Waterkeepers of our land, that they’ve created a special brew to honor their unsung numbers. The Waterkeeper Hefeweizen is an easy-drinking, summer beer that’s crisp with just a hint of banana. But please don’t try to stuff a banana into the bottle in an attempt to maximize that particular flavor. This would be a mistake. Bananas don’t belong in beer. Everything turns to mush. It’s like trying to drink baby food. I’m not saying I’ve tried this personally, this is just what I’ve heard on the street. I swear.

Pick up your Waterkeeper Hefe from now until Labor Day. I’m serious about the banana thing. Don’t do it. 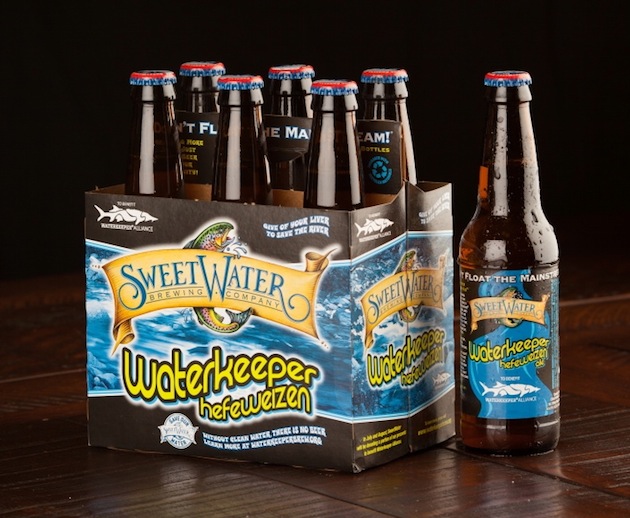