The six members of fleet-fingered string band Steep Canyon Rangers keep expanding their acoustic boundaries. In its early years, the band, which formed back in 2000 and won a Grammy in 2013 for Best Bluegrass Album, seemed intent on being aggressively traditional. But as time has passed, the group has started to incorporate a growing palette of roots music styles. The recent addition of drummer Mike Ashworth has given the western North Carolina-based band’s live shows some dance-ready drive, and in the studio, the sextet has been embracing outside help from notable producers.

Dobro master Jerry Douglas worked with the band on 2015’s Radio, and this month, the sextet will release Out in the Open, a new effort produced by prolific singer-songwriter and studio craftsman Joe Henry. The album, the group’s tenth overall, out January 26 on Ramseur Records, spotlights thoughtful lyrics and powerful harmonies more than blazing solos. Henry, who’s notched Grammy Awards for his work with the Carolina Chocolate Drops, Solomon Burke, and Ramblin’ Jack Elliott, had the Steep Canyon members record together in one room with no overdubs, and as a result, the record has the raw, spontaneous energy of a front-porch sing-along.

The title track is a joyous confessional about embracing truth that mingles the dusty boot-stomping swagger of honky-tonk piano and campfire harmonica with a gospel chorus. “Let Me Out of This Town” is equally enlightening, a soaring folk-rock song about needing to make changes, emphasized with a dramatic, collective string crescendo. Less serious is the playful doo-wop tune “Shenandoah Valley,” which sounds like a good fit for one of the band’s regular shows backing comedian and accomplished banjo player Steve Martin.

The album’s most transcendent moment, though, just happens to be one of the quietest. “Going Midwest” is a lonesome vintage country stunner featuring a spare guitar melody and hearty, earnest narration from lead singer Woody Platt. Penned by banjo player Graham Sharp, the song was inspired by the end of The Great Gatsby, and through succinct phrasing with wistful imagery, it becomes a universal heartbreak anthem. For a band of deftly skilled bluegrass pickers, it’s a powerfully simple change of pace. 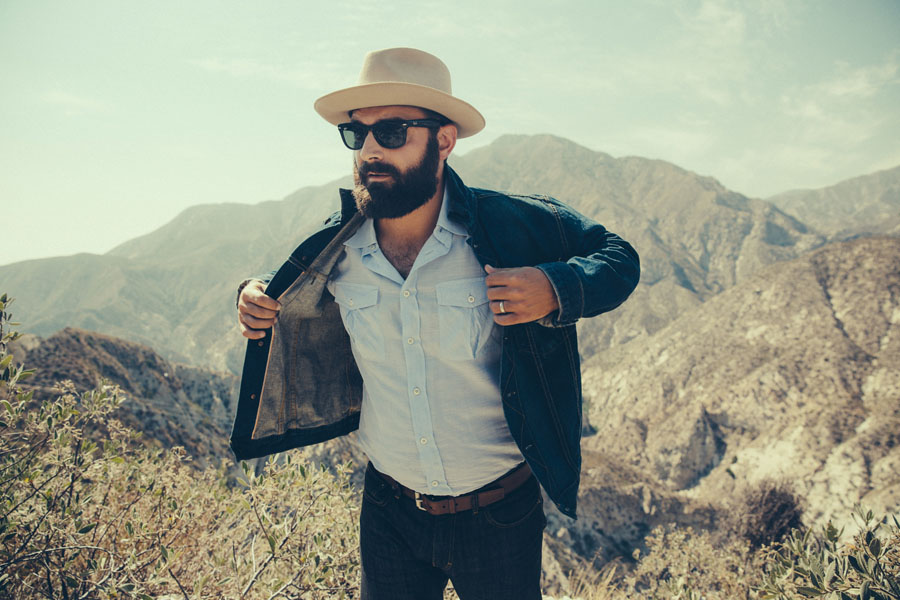 Performing at the ExploreAsheville.com Arena in Asheville, N.C. (January 27), the Bijou Theatre in Knoxville, Tenn.(February 1), the Walker Theatre in Chattanooga, Tenn. (February 9), and the Peace Center in Greenville, S.C., with Steve Martin and Martin Short (February 23 and 24)

Tennessee tunesmith Drew Holcomb has been open about his musical influences, often mentioning his appreciation for predecessors like Steve Earle and Ryan Adams. Now Holcomb, whose latest album Souvenir came out last year, is sharing some of his favorite tunes with fans via his Magnolia Record Club. Through the vinyl subscription service, Holcomb sends members one record of his choice every month.

Since starting the club in 2015, he’s included a variety of impressive acts, including Chris Stapleton, Patty Griffin, The Lumineers, Jason Isbell, Wilco, and Lee Ann Womack. Holcomb includes personalized notes with each record, explaining why he chose the music, and many of the releases have exclusive additions, including autographs, original art, and limited-edition colored vinyl. Last fall’s inclusion of Lee Ann Womack’s latest album The Lonely, The Lonesome & The Gone, for instance, was pressed on grey. At the end of last year, Holcomb also curated a special compilation, Magnolia Mixtape: Volume 2, featuring his favorite songs of 2017.

“I wanted to create a community within our fan base,” he explained in a statement released about the club. “Hopefully, this community will trust my taste in music. Some months, it will be a classic record, others it will be a signed copy of a friend’s new album, and hopefully as we grow, we can even reissue albums we love that haven’t seen the light of day in a while.”

An avid vinyl collector, Holcomb says records help him slow down and appreciate the music on specific albums, which was becoming difficult for him among the digital overload of streaming service playlists. “Good music should be enjoyed and appreciated,” he said.

Vinyl has been surging in popularity in recent years. Although records account for less than 10 percent of total music sales, audiophiles looking for a tangible product to connect with their sounds were projected to boost vinyl sales to close to a billion dollars last year.

In addition to sending fans records, Holcomb will hit the road in February, leaving behind his band the Neighbors and instead performing intimate duo shows with his wife and vocal foil Ellie. Dates in the South include shows at the Southeastern Baptist Theological Seminary in Wake Forest, N.C. (February 13), the Bijou Theatre in Knoxville, Tenn. (February 15), and the Academy Center of the Arts Warehouse Theatre in Lynchburg, Va. (February 16).