Blue Ridge Outdoors’ Daily Dirt brings you a look at some of the most pressing issues of the week from the Blue Ridge and beyond.

The Supreme Court ruled 8-1 earlier this week in favor of a private landowner in Wyoming who was fighting to keep bike paths from being built on his public land grants, according to reports.

So while the case wasn’t about bike paths specifically, it could set a precedent about whether or not the federal government retains its control over land that had been granted to railroad companies, once abandoned for that purpose. The decision threatens to undermine the hugely popular federal “rails to trails” program making up more than 1,400 bike and nature trails created since its inception in 1983. According to the Rails-to-Trails Conservancy, the 21 miles of mixed gravel Medicine Bow Rail Trail is “one of the most popular rail-trails in America.”

The name of the Wyoming case is Marvin Brandt Revocable Trust v. United States. The land in question is situated in Medicine Bow-Routt National Forest and the plaintiffs are descendants of an owner of a sawmill that produced railroad ties, granted dozens of acres in 1976 in exchange for turning other acreage over to the government.

The Brandts’ lost their case twice in lower courts after the Forest Service attempted to convert a 10-acre length of former railroad track into bike trails that now runs through their property.

“The court undermines the legality of thousands of miles of former rights of way that the public now enjoys as means of transportation and recreation,” said Justice Sonia Sotomayor — the lone dissenter. “Lawsuits challenging the conversion of former rails to recreational trails alone may well cost American taxpayers hundreds of millions of dollars.”

This spring KEEN Footwear is partnering with River Network to support 14 river clean-ups across the U.S. through a give-with-purchase program at more than 80 local retailers.

KEEN will donate $5 for every pair of KEEN.CNX shoes sold at participating retailers, up to $50,000. Select retailers will host the program for a two-week period from March 1 to April 30. Of those retailers, 24 have made the additional commitment to match KEEN’s $5 donation to support a local non-profit of their choosing in their area.

River Network, a non-profit organization which helps to unite different river and watershed restoration and conservation organizations across the U.S., will use the donations to support river 14 clean-ups.

President Obama’s recently released fiscal year 2015 budget calls for full funding to the Land and Water Conservation Fund (LWCF), used to build or improve thousands of athletic fields, parks and other recreational amenities since the 1970s, according to Outdoor Industry Association (OIA).

LWCF is a self-funded program from offshore oil and gas leasing royalties and has protected and built recreation infrastructure in every state and 98 percent of U.S. counties.

The budget also includes a proposal to separate catastrophic wildfire expenses from management budgets; addressing the pressure agencies face to meet both management and wildfire crises on a shoestring budget.

For the last three years CamelBak has been working on the Relay — the first water filtration pitcher to filter water “at the speed of a faucet.”

CamelBak Relay filters water 10X faster than the leading competitor, the filter lasts twice as long, the locking-lid gives a controlled pour, and it filters twice: once as you fill and again as you pour, with a unique pleated Double Filter Technology system. Independent test results showed Relay removes 97% of chlorine, taste and odor when tested to NSF/ANSI Standard 42.

“CamelBak Relay is the latest example of our commitment to promote hydration while eliminating disposable bottled water,” said CamelBak CEO Sally McCoy, a long-time industry persona and advocate. “We listened to our consumers’ frustrations and solved each complaint by creating an all-around better product that filters water fast, prevents spills and fits well into refrigerators.”

Camelbak also has pledged $100,000 to the 21st Century Conservation Corps, which employs young adults and veterans in protecting, restoring and enhancing America’s natural and cultural resources. The donation is a response to a challenge set forth by Secretary of the Interior Sally Jewell, asking the private sector to donate $20 million to support the Corps. Visit www.camelbak.com.

Last year the public learned that Uzbekistan uses forced labor, including that of children, to harvest cotton; and since then some 139 brands have pledged to remove Uzbek cotton from supply chains. The Responsible Sourcing Network picked 49 companies and graded them on their efforts.

Adidas ranked No. 1 for eliminating Uzbek cotton for implementing practices such as having “a robust public policy with a well-defined strategy,” requiring that suppliers abide by company sourcing policies, and providing the training to suppliers to that they can follow those policies.

Many brands still fall short when auditing suppliers — a daunting task considering the number of supplier tiers that go into garment construction. Companies are reluctant to disclose activities to the public “lest they be ridiculed for not attaining higher accomplishments,” according to the report.

The report calls for companies to work together to develop a spinner certification program that would audit and approve spinners based on how responsibly-sourced their cotton is.

Learn to Ski and Snowboard is a national public awareness campaign designed to motivate newcomers to take ski or snowboard lessons from professional instructors, and the groups’ “Why I Love to Ski or Ride” video contest ends March 14. 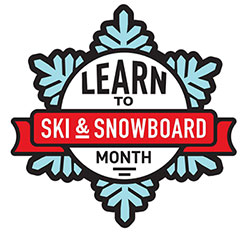 Judges for the 2013-14 crop of videos are returning judge Senan Gorman, founder of North Pole Design; Joe Stevens, founder of The Media Center in Charleston, W. Va.; and Troy Hawks, communications consultant based in Denver.

The contest is for amateur videographers to express why they love snowsports, part of the industry’s effort to encourage current participants to help motivate newcomers to learn how to ski or snowboard.

Three finalists will be determined and each finalist will win a jacket from The North Face, a selection of Warren Miller Entertainment films, and a subscription to either SKI or Transworld Snowboarding. A Grand Prize winner will be selected from among the finalists and will win a $500 gift certificate from skis.com and the Warren Miller Entertainment Award of Excellence. Winning videos will be showcased on You Tube, the skiandsnowboardmonth.org website and the National Ski Areas Association’s annual national conference. January is Learn to Ski and Snowboard Month.

Vermont ski and snowboard resorts enjoyed a record breaking February holiday period, according to Ski Vermont. The Valentine’s Day storm dropped up to 2 feet of snow over the Green Mountains and continued for two weeks through Presidents’ Day. Vermont resorts reported both strong ticket sales and lodging numbers for the entire holiday period and are seeing a continued positive effect with late season lodging reservations.