A pair of black bears received some unusual treatment after being rescued from California’s Los Padres National Forest with third degree burns on their paws sustained during southern California’s recent Thomas Wildfire.

The treatment, which was administered at the California Division of Fish and Wildlife Investigations Lab in Rancho Cordova, CA, involved the use of sterilized fish skins— a burn healing treatment that has proven successful in Brazil but had never been used in the United States. 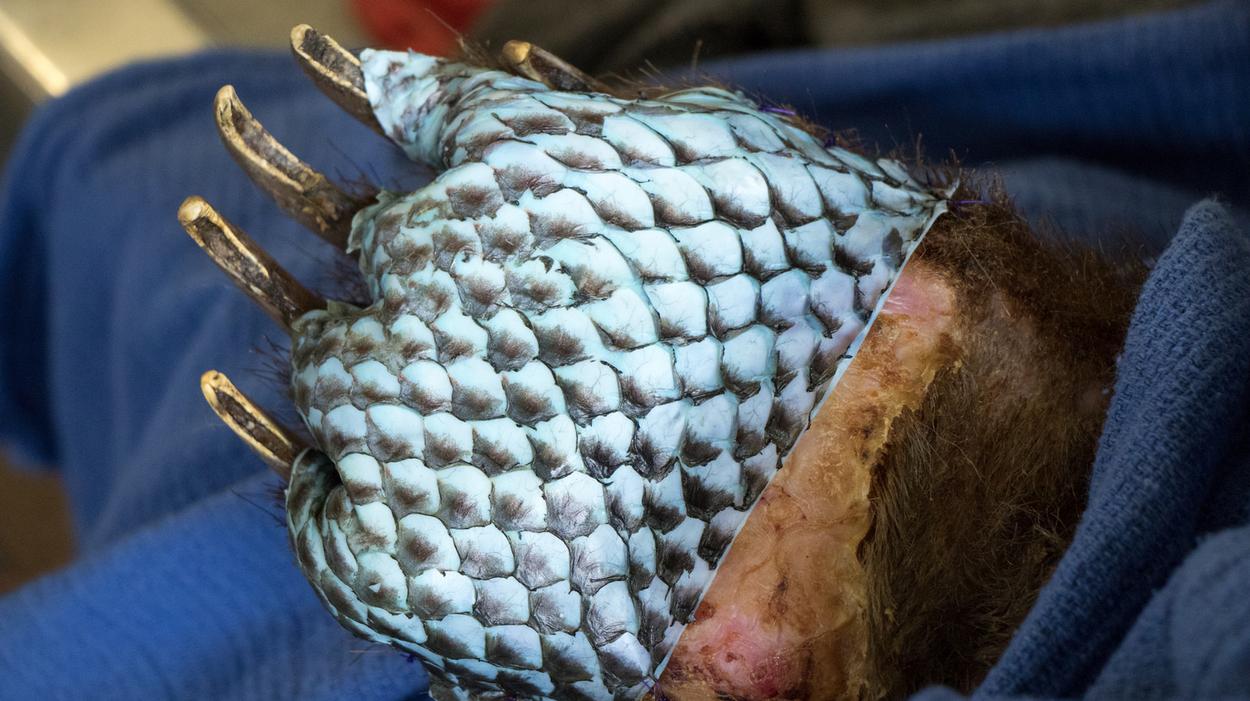 As shown in the above photo, the fish skins were sewn to the bears’ burned paws, and almost immediately, veterinarians began to see results.

“The high collagen level in the fish skins helps with healing and acts like a matrix,” said Jamie Peyton, chief of the Integrative Medicine Service at UC Davis Veterinary Medical Teaching Hospital. “It would act as protection and it was pretty inexpensive and available.” 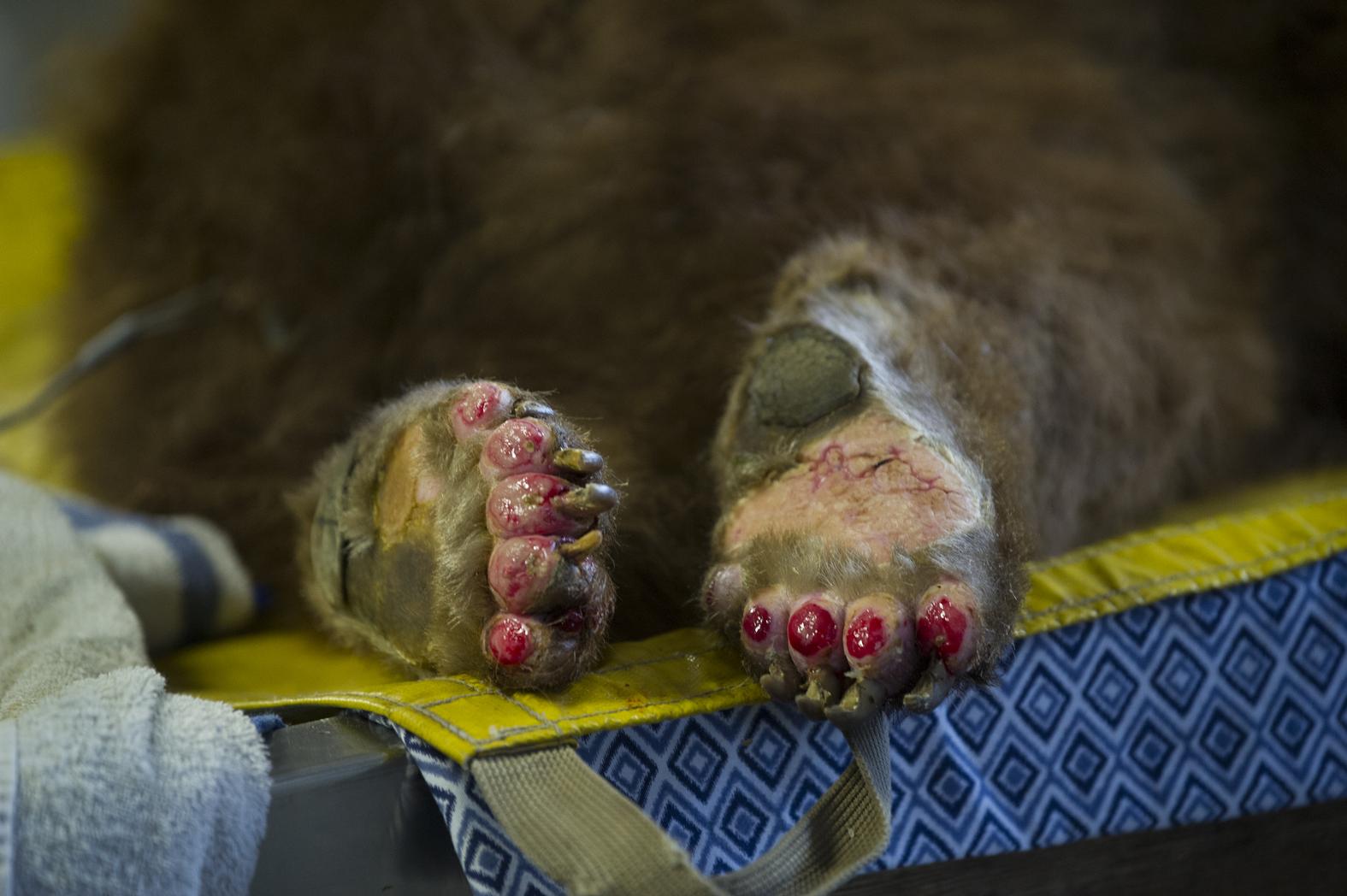 Before the fish skin was applied, the severe burns had relegated the bears to either sitting or lying in stationary positions, but once the tilapia skins were sutured to their pads and secured with edible bandages made from corn husks, the bears began to stand up and take note of their surroundings.

“One of the first things that the bear did was stand up after we applied them,” said Peyton. “She was more mobile, which in my mind is a huge success for pain control.”

In a matter of weeks, new skin began to grow back on the bears’ paws, and earlier this month the pair was released back into the wild.