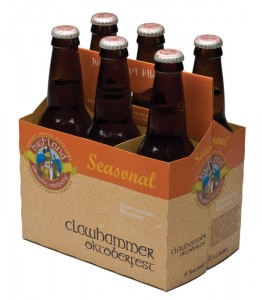 Highland Brewing Company, one of Asheville’s oldest and most widely distributed micro-brewery, has begun leading hikes to famous peaks in Western North Carolina. Each of Highland’s seasonal brews are named after local peaks and the hikes are designed to introduce the brewery’s loyal fans to the mountains that inspired the beer. Highland already led a group hike to Cattail Peak in the Black Mountain Range during the summer in conjunction with their Cattail organic wheat beer. The next hike is scheduled for September 4th, when the group will summit Clawhammer Mountain in the South Mills River area to celebrate the release of Highland’s Clawhammer Oktoberfest. The winter hike along the Seven Sister peaks outside of Montreat will celebrate the releaser of Highland’s Seven Sisters Abbey Style Ale.