The Hiking Viking: Tom Gathman reflects on his winter AT thru-hike

In early December of 2015, Tom Gathman—aka The Real Hiking Viking—set out to accomplish a feat that, according to the Appalachian Trail Conservancy, only a handful of daring hikers have ever managed: An unsupported, solo thru-hike of all 2,180 miles of the AT, from north to south, in the depths of winter. A few short months later, after persevering through treacherous snowfalls, sub-zero temperatures, encounters with icy rivers, and myriad other perils, Gathman summited Georgia’s Springer Mountain.

In an effort to offer you a brief glimpse of the man behind the adventure, BRO interrupted Gathman’s present thru-hike of the Pacific Coast Trail for a phone conversation.

Blue Ridge Outdoors: After serving as a Marine scout sniper, you left combat and, in 2013, participated in a Warrior Hike’s Walk Off the War thru-hike of the AT. Shortly thereafter, you made the decision to leave the comforts of the civilian world behind and live the life of a full-time outdoor adventurer. Since then, you’ve logged over 10,000 miles of trail. Can you tell us a little about your decision to do the winter AT trek?

Hiking Viking: I was taking a bit of time off long-distance trails to give my body some rest and attend a friend’s wedding in North Carolina. While I was there, amid all that comfort and civilized normality, I got struck by the idea: I want to get back on the trail—a winter thru-hike is exactly what I need. 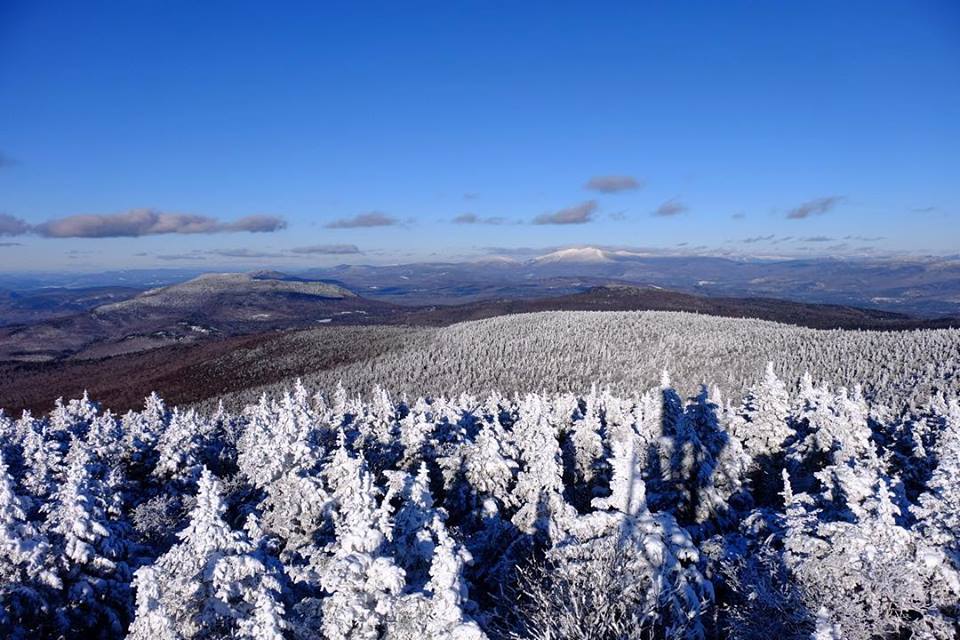 At first I was all, “This is crazy,” and that’s because it was a little crazy. But the more I thought about it, the more I began to get excited. Like, really excited. I guess that deep-down drive most thru-hikers have was kicking in, that thing that renders us hopeless against the call for adventure and challenge. Even though a winter thru-hike of the Appalachian Trail was never on my radar, in the flash of a moment, it took hold of me. It wasn’t a question of wanting so much as having to do it.

BRO: Being this was something of a sporadic decision, were you in any way prepared to take this on?

Hiking Viking: Well, I didn’t really have any legitimate winter hiking experience—at least to that magnitude. I mean, sure, when I thru-hiked the Continental Divide Trail the year before, I got caught in a late, unexpected snow-dump in the south San Juan’s in spring. However, while that required an ice-axe, micro-spikes, snowshoes, and so on, it wasn’t the dead of winter. While there were some sketchy moments at 13,000-plus feet with storms rolling in, I was aware that deep winter conditions can get a lot colder and gnarlier…

In my mind, going into this thing, acquiring the right gear and understanding my limits was of paramount importance—it could mean the difference between life and death. From the beginning, I recognized the risks and didn’t take them lightly. I sought out advice and gear tips from [well-known, experienced thru-hikers] Trauma, who completed a SOBO winter PCT thru-hike in 2015, as well as Swami, a guy that’s logged more miles of hiking world-wide than anybody I know.

At any rate, the goal was simple: be safe, have fun, and experience the AT in a new way. I could sit here and tell you that the goal was to complete the entire AT, but, while that was a goal, I didn’t want to set any unrealistic expectations for myself. It was a new experience for me, and I was learning on the fly. I took it one footstep at a time.

BRO: Taking on a long-distance backpacking adventure in the winter-time is obviously a different experience from your typical spring/summer thru-hike. It’s out of season and there’s very little official support, very few people, not much comfort, and, needless to say, if you mess up, you can easily freeze to death. Can you tell our readers what it was like to get started?

Hiking Viking: In the immediate lead-up to this trip, I’d mostly been hiking out west. Those trails were practically sidewalks compared to the shit-storm of ruggedness I threw myself into with the winter hike. Don’t get me wrong, I loved it—and I mean all of it. But it was a whole different beast… The contrast between those earlier trips and hitting the Maine woods in December was so vast as to be almost unfathomable.

I mean, I remembered Maine’s beauty from when I’d hiked the AT in 2013, which, although that was two years prior, didn’t seem all that long ago. But, from a distance, it’s easy to forget the ruggedness of it all. Multiply that by sub-freezing weather, knee-deep snow, un-tempered winds, and pounds upon pounds of extra gear, and the shock factor goes through the roof. The holes in my planning became rapidly apparent. 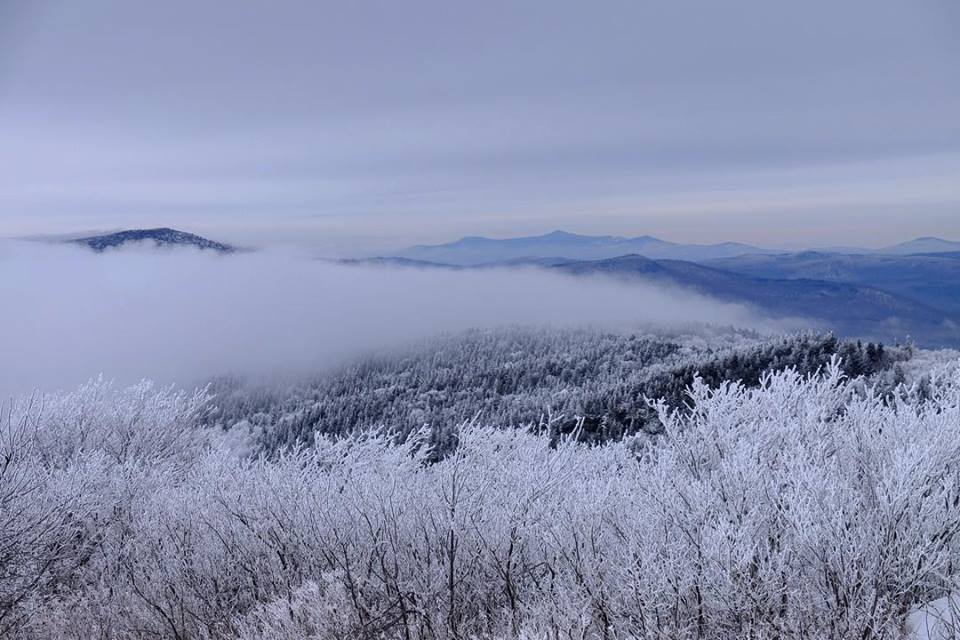 For instance, I budgeted seven days through the 100 Mile Wilderness—which meant I’d be hiking 15 miles per day. Only, starting off, making ten miles a day was a tremendous struggle, and I lost an entire day within the first three. Which also led to me prematurely running out of food. I made it through, but I had to shed gear and reevaluate my approach.

What happened was, unsure of what to expect, I’d packed all the winter gear I thought I might need—snowshoes, ice-axe, crampons, micro-spikes, et-cetera. Which meant I was carrying one heavy load—I think my pack tipped the scales at around 60 pounds the morning I set out from Monson. Going into the trip I’d thought: My legs are strong, they can handle the weight. However, I didn’t account for how the terrain would amplify the weight and slow me down. I just didn’t foresee it…

So really, the 100 Mile Wilderness was like my tune-up hike for the rest of the trail. Now that’s planning. Take the most remote, and one of—if not the—most, rugged stretches on the entire trail and make that your test run. Pretty ideal.

A full-length feature on Tom Gathman’s winter thru-hike will appear in our October issue. To learn more about Tom Gathman’s adventures, visit www.therealhikingviking.com

Get Away and Ride All Day in Allegany County