We had an enormous amount of entries to our Mountain Dog Photo Contest! Thanks to all who shared the photos of their mountain dogs and thanks to Granite Gear for providing the prizes.

Here are your winners. 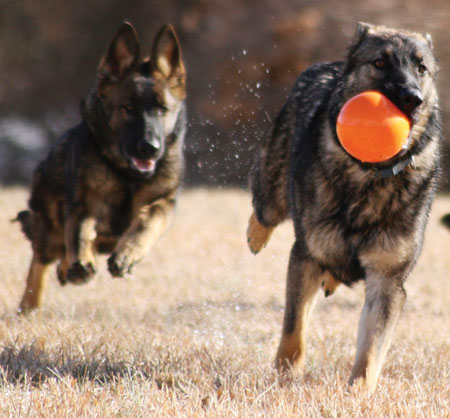 Outlaw and Musket play keep-away, their favorite game when they aren’t working. Outlaw is a registered pet therapy dog; Musket assists with search and rescue operations.They live with their owners Rivera and Steve Barden in Barboursville, Va. Photo by Christine Kemper. 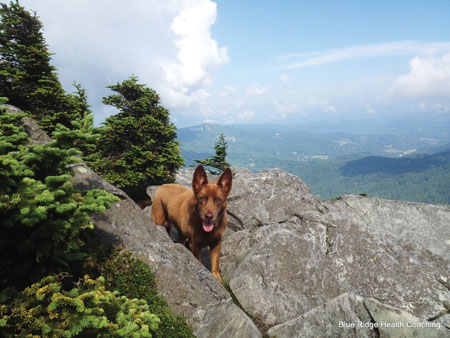 One week before she died, Josie and Bill Moore hiked to Foscoe View, just below the summit of Calloway Peak, Grandfather Mountain, N.C. 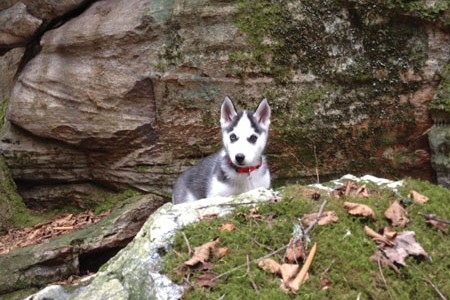 Two-month-old Aspen explores near Mountain Lake, Va. while her owner, Dylan Spencer, climbs on a nearby boulder.

We couldn’t resist picking a few winners of our own from the bunch. Here are a few of the BRO staff favorites. 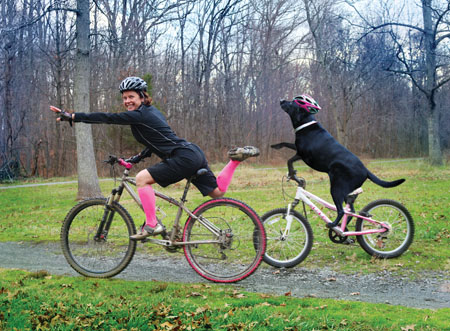 Kim Theodore and her 13-year-old lab, Patch, synchronize their riding skills at a park in Fairfax, Va. How did she get her dog to do that? Kim’s reply: “Anyone who’s gonna hang out with me for 13 years better know how to ride a mountain bike!” Photo by Lindsay Wozniak. 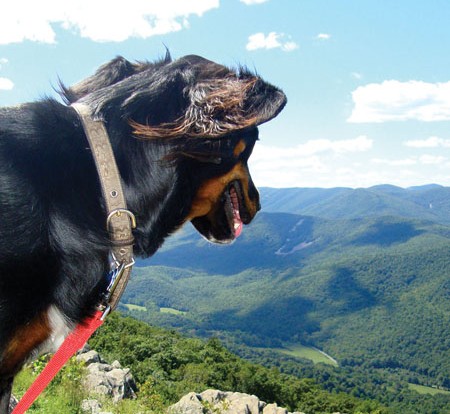 With windblown ears spread like Superman, Tucker (on a leash held by owner Sarah Buckalew) soaks in the stunning view from the Blue Ridge Parkway near Afton, Va. Photo by Jenna Novack. 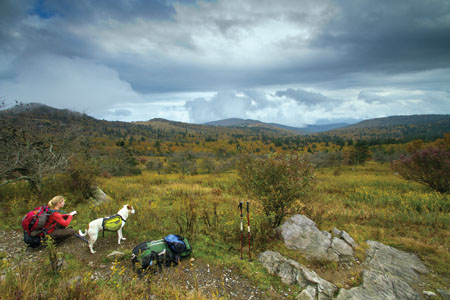 Roscoe hiked with John and Lindsey Layman on a rainy backpacking trip in Grayson Highlands, Va. When they reached Cabin Ridge, the clouds parted and the views opened up. Roscoe seemed as memerized as his owners by the landscape.

Tops in the Mountains

Griff, a rescue from the Charlottesville-Albemarle SPCA, is a certified pet therapy dog who loves hiking with his owner, Karin Anne Ryan, at Humpback Rocks along the Blue Ridge Parkway. Photo by Michelle Turner. 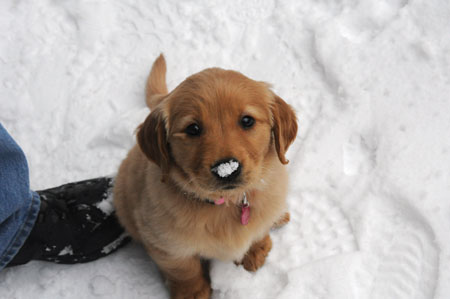 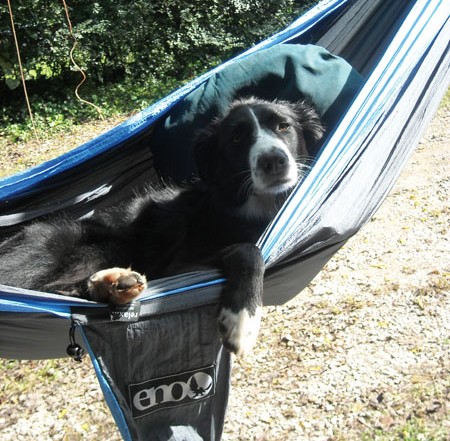 Raider chills in a hammock after accompanying Andy and Elizabeth Glas on a 30-mile mountain bike ride near Chattanooga,Tenn. 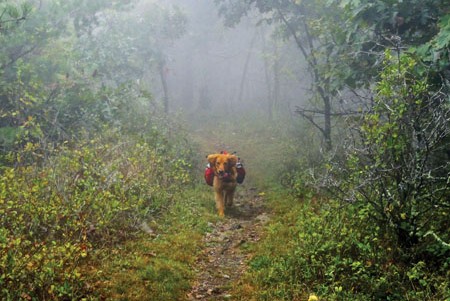 Rosalyn is a three-year-old golden retriever who hikes, swims, backpacks, and sleeps in the middle when in the tent. The photo was taken by Chris and Beth Adkins in Shenandoah National Park on a two- day backpack trip along the A.T. Rosalyn usually finishes her hike with a nap in someone’s lap on the car ride home.

Hippo, rescued from a litter abandoned in the woods, fell asleep near the climbing shoes of Carrie and J.P. Giles while at Summersville Lake, W.Va. Hippo crashed after barking incessantly at ants, windblown leaves, and the ladder at Summersville Lake.

Doobie accompanied Kari Saunders for 300 miles of her Appalachian Trail thru-hike in 2011. Doobie earned her own trail name, “Monkey Dog,” after climbing every rock along the trail, including the boulders on Whitetop Mountain, Va.

Head of the Class 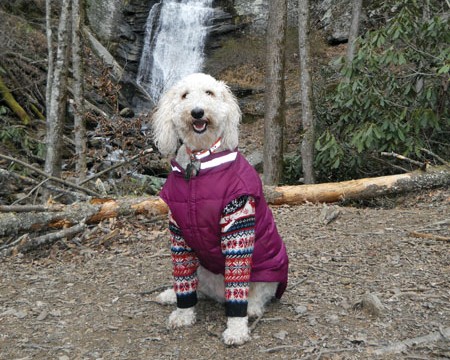 Ladybird poses at Tom’s Creek Falls along the Mountains to Sea Trail near Marion, N.C. She and her owner, Brock Graves, assist in juvenile community service and wilderness adventure outings for Project Challenge. 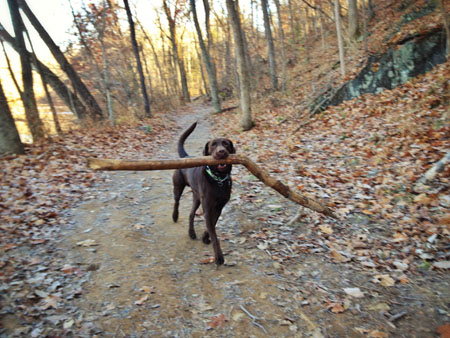 While Dana Thiele was eight months pregnant, she hiked the Boyd’s Crossing Trail in Charlottesville with her chocolate lab, Roark, wishing that she could be running and exploring with him. Roark’s morning was complete after he found and carried his biggest stick ever.