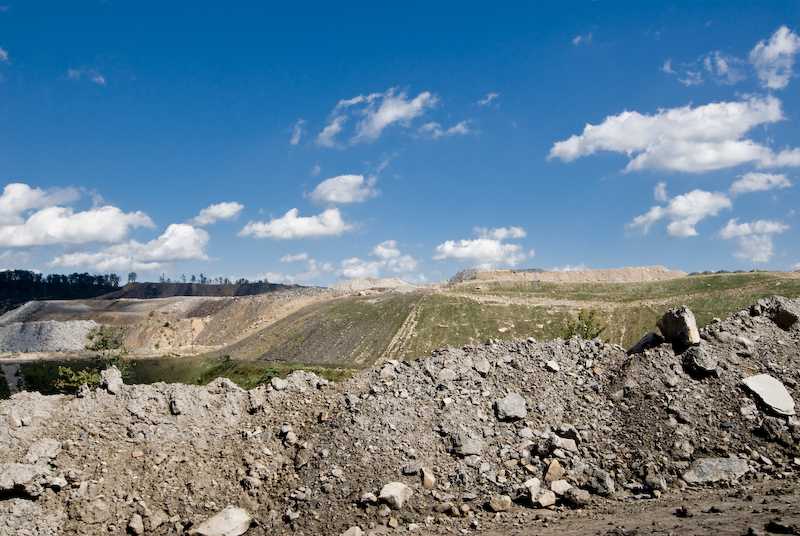 However, Appalachia’s newest trail is also the most endangered. Mountaintop removal mining sites encroach upon both sides of the Pine Mountain ridgeline. The dramatic views from the Pine Mountain Trail are scarred by the flattened brown deserts of mountaintop removal sites. I’ve seen mountains gouged by development and even clear-cut logging, but never before have I looked out across rolling green waves of the Appalachians and seen a mowed-off moonscape where a mountain used to be.

Pine Mountain itself is a geological miracle. The mountain is a 70-mile-long upthrust of rock which is geologically different from the sandstone mountains around it. All of the surrounding sandstone mountains of eastern Kentucky have coal seams that are easily exploited by mountaintop removal mining, but the rock of Pine Mountain is economically infeasible for mountaintop removal.

However, it’s taken more than geology to save Pine Mountain. A hard-working group of volunteers, led by Shad Baker, dreamed the trail into existence. They worked with a half-dozen state, federal, and local agencies to secure land and easements for the footpath. After years of planning, negotations, and trail construction, the fledgling Pine Mountain Trail Conference now protects the longest footpath in the state.

My journey begins in Elkhorn City, at the eastern trailhead. 44 miles later, I’ll arrive at the western trail terminus near Whitesburg. I’ll be posting photographs from my journey across the Pine Mountain Trail, along with links to trail maps and a mile-by-mile summary of the adventure.