Patagonia’s New T for the SELC

Patagonia’s worldwide environmental outreach is hitting home. The venerable eco-friendly outdoor clothing company recently gave the Southern Environmental Law Center (SELC) special recognition on one of its current t-shirt designs. The inside of the uber-soft organic cotton shirt shirt has a special message honoring the incredibly successful environmental advocacy the SELC has provided the region for the past 25 years. The interior reads:

“If the six states of the Southeast were viewed as a country, it would be the 7th largest contributor to global warming in the world, due to our overdependence on gasoline-guzzling cars and trucks, sprawling development, and coal-burning power plants. The Southern Environmental Law Center uses the high-leverage tools of environmental law and policy to address both smokestacks and tailpipes, and promote energy efficiency and renewable resources that will lead us to a new cleaner future.” 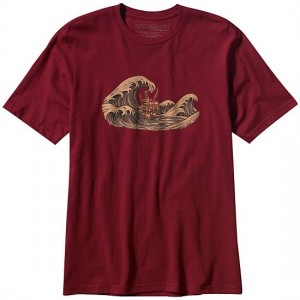 On one hand, the shirt’s off-shore oil rig artwork is a startling coincidence, as the design was finalized months before President Obama gave the green light for drilling off the Atlantic Coast in late March and the ongoing uncontrollable spill in the Gulf Coast after BP’s exploratory well exploded. But the SELC has been offering frequent warnings about the potential dangers and minimal benefits of oil exploration off the South’s biologically diverse coast since the Bush Administration lifted a drilling moratorium in 2008.

Read about the SELC’s recent lawsuit challenging the government’s lax oversight of drilling regulations in light of the Gulf disaster here.