MagazineApril 2015Brand New Old Time: The Rise of the Lumbersexual

Brand New Old Time: The Rise of the Lumbersexual

Two framed, black and white photos hang on my office wall. In one, my paternal grandfather, Odus Wiley Cash, kneels with his two brothers, Freeman and Muriel, in front of their parents’ home in the Appalachian foothills of Cleveland County, North Carolina. The photo was taken in the 1930s when my grandfather was in his early twenties. In the other photo, this one taken in 1923, a group of ruddy-faced farmers and smirking farm boys pose alongside stoic women of all ages on the wide, dusty steps of an old house not far from where the photo of my grandfather was taken. My paternal grandmother, Lucille Adeline Edwards, is a newborn baby asleep in her mother’s arms. When I’m writing at my desk, I often gaze across my office and consider my grandparents’ lives and the lives of their families.

My first novel, A Land More Kind Than Home, is set primarily in 1986, but it regularly flashes back to rural life in pre-World War I Appalachia, drawing heavily from the region’s folklore, religion, and isolation. I’m currently at work on a novel about a 1929 textile mill strike in my hometown of Gastonia, N.C. Both novels are populated by characters who look, speak, and live like the people in those framed photos looked, spoke, and lived. For some reason, I’m drawn to portray the people of that era much more than I’m drawn to portray my own life or the lives of my parents, and I’m not the only one who’s inspired by the Depression Era South. A wave of twenty-, thirty-, and forty-somethings – from writers and musicians to craft brewers – are looking back to old-time practices to garner the inspiration to move forward.

To get a historical perspective on the phenomenon, I reached out to Dr. Dan Pierce, Professor of History at the University of North Carolina-Asheville, and asked him why so many people of my generation are returning to traditional ways of viewing and portraying the world.

“One reason to reach for the past is because you think it was so much simpler,” Pierce said. “There’s also the issue of authenticity: We want to say this is the real thing.”

Pierce pointed out the recent explosion of craft moonshine as an example.

“In Asheville, people expect authentic moonshine to be organic,” he said. “Well, most of the moonshine that was made over the last hundred years was vile stuff. They were running it through car radiators, putting whatever they could put in it to make it look like it was higher proof, but a lot of it was poisonous.”

Pierce went on to say that moonshining is “the hipster thing to do in Brooklyn,” and then he introduced me to a term I’d never heard: lumbersexual.

“Apparently it’s a new way for men to act,” he said. “Wear flannel, grow a beard, pretend to be outdoorsy in a hipster way.”

I was too embarrassed to confess that he’d just described me to a T.

Acting. Is that what I do when I sit down to write about the generations before mine? Am I searching for authenticity while fetishizing an idyllic past that never existed? With these questions in mind, I reached out to two friends I consider luminaries in their respective fields and people who rely heavily on history: Amy Greene, bestselling novelist and author of Bloodroot and Long Man, and Ketch Secor, fiddler, raconteur, and front-man for the Grammy Award winning band Old Crow Medicine Show.

For Greene, whose most recent novel is about a small town that is flooded by the Tennessee Valley Authority in 1936, writing about the past is an attempt to preserve a history that is always on the verge of being lost.

“Your first compulsion to tell the story is something you’re not sure of,” Greene said, “but when I write I think about my grandparents: people who lived quiet lives and passed away without anyone knowing their names. The people I come from are people who worked hard and died, and it haunts me. East Tennessee has shaped me because of the tradition and the oral history that have been passed down. It’s almost as if I can’t help but write about the past because I view everything through that lens.”

Like Greene, Secor can speak to the pull of both the region and its past, even when neither is necessarily your own.

“If you live around east Tennessee or where all these Appalachian states come together then you’re exposed to a pathway where tradition passes from generation to generation. I didn’t come from that region, but I moved there because I was inspired by the music,” he said. “Something came into my being that made me feel like a link in that chain.”

While he embraces the pull history has on our generation, Secor is skeptical of those who scour the past in search of authenticity.

“We’re surrounded by mass production,” he said. “So we tell ourselves, ‘There are too many Targets and too many Wal-Marts, and they make everything feel the same.’ Then we hang out in Asheville and buy hand-knitted clothing for our children because we don’t want to go to Target anymore, but Target is right next door to the strip mall where they sell hand-knitted athletic tracksuits for our kids. Is it a true revival of folklife pathways, or is it a charade that makes everybody feel better about the fact that folklife pathways may be gone?” 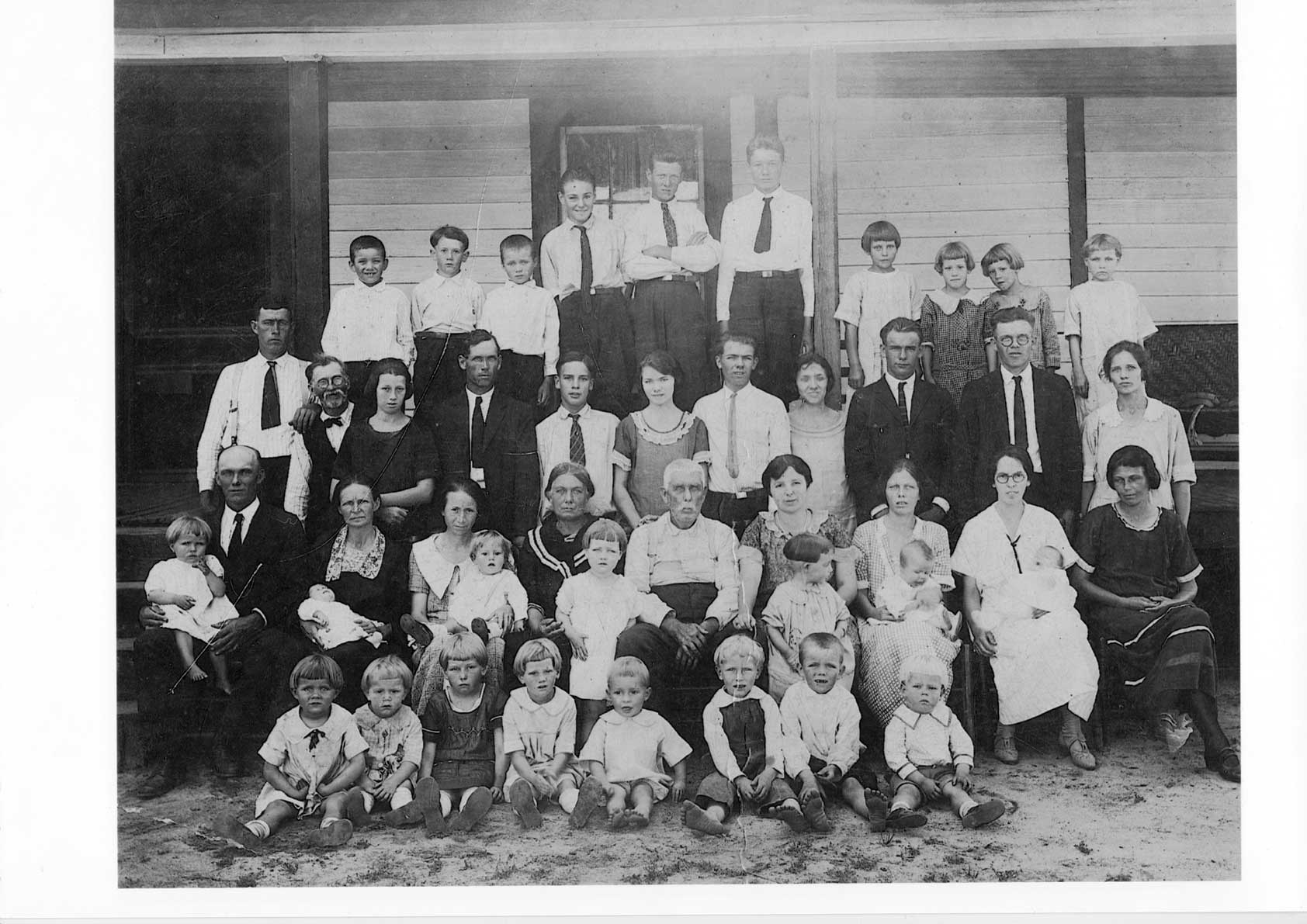 Perhaps that’s what compels me to stare at those old family photos when I sit down to write: the fear that the past may be gone and forgotten, buried by the Tennessee Valley Authority, mass marketed next door to Target, covered over by flannel and facial hair.

My great-grandparents were farmers. My grandparents fled the farms for life in the mills. My parents were both born in mill villages and saw the suburbs as their salvation. But I’m still stuck in the suburbs, and, as an artist, it feels as if the only sure step I can take is the one that takes me back.