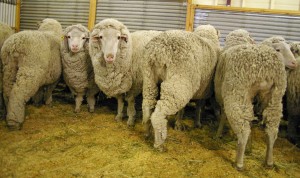 Dear EarthTalk: Merino wool undergarments tout themselves as being kinder to the environment than other wools or synthetics. How is this so? — Stella Cooley, Bangor, ME

Since the 1970s, professional athletes and weekend warriors alike have sworn by base layers made out of synthetic “fibers” that would let sweat-based moisture escape, dry fast and be easy to care for. But such garments don’t come without trade-offs: They tend to get stinky when mixed with bodily odors and, like so many modern technological marvels, are derived from petroleum. Merino wool-based garments function just as well or better—and without the olfactory stigma or carbon footprint increase.

The soft and pliable cousin to the traditional wool our grandparents wore, Merino wool is revolutionizing outdoor wear while helping manufacturers and consumers lower their impact on the environment. This natural fiber, derived from Merino sheep in New Zealand, is soft on the skin, wicks sweat effectively, dries out quickly, is naturally odor-resistant—and is machine-washable to boot. And since Merino can be easily spun into different weights, it is used in a wide variety of clothing types (underwear, shirts, coats) making it a natural choice for layering.

Some of the leaders in the Merino underwear revolution include Ibex Outdoor Clothing, SmartWool and Patagonia, each which sources its wool through Zque, a New Zealand-based certification for Merino producers that adheres to a strict set of sustainability and ethical treatment standards. Qualifying ranches must feed their sheep natural grass and spring water and maintain a low “head-to-hectare” ratio. Upwards of 170 New Zealand Merino ranches have been certified accordingly by Zque as “ethical wool” producers.

Unhappy with synthetic base layers that made him “sweat like a gorilla,” cross-country skiing enthusiast John Fernsell teamed up with sheep farmer and mountaineer Peter Helmetag to start Ibex in 1997. “Everything looked the same and didn’t work,” says Fernsell. “It was all either Gore-Tex or polyester fleece.” The duo set out to find a better choice. With its inherent functionality, style, comfort and sustainability, Merino emerged the victor. Today Ibex sells several different cuts of Merino wool undergarments, including a line of underwear for men and women, long johns for men and women, and boxers for men.

SmartWool, better known for its Merino socks, also makes highly regarded Merino undergarments, such as the mens’ Microweight Boxer Brief and three long johns for men and women of varying weights. Patagonia also sells a full line of Merino under- and outerwear. Additionally, many more companies have jumped on the Merino bandwagon, so consumers interested in trying it out now have more styles and varieties than ever to choose from. These products are available directly from the manufacturers’ websites or through outdoor retailers including REI.

While Merino undergarments have a lot going for them, they are still expensive compared to the alternatives. But Merino converts insist that the rugged material lasts much longer than synthetic or cotton clothing without sacrificing comfort, style or fit. Scratchy old wool has come a long way indeed.