Andreas Fath set out on the morning of July 27 from Ijam’s Nature Center in Knoxville to swim the 652 mile length of the Tennessee River. He completed the swim 34 days later, setting a new world record—and also conducting important scientific research.

Fath’s first swim for science was three years ago. He swam and sampled the Rhine River in his home country of Germany, where he swam 776 miles within 25 days, setting a marathon swimming world record. He swam through six countries from the Swiss Alps to the North Sea to set a record—and to study the effectiveness of wastewater filtration systems on water quality. 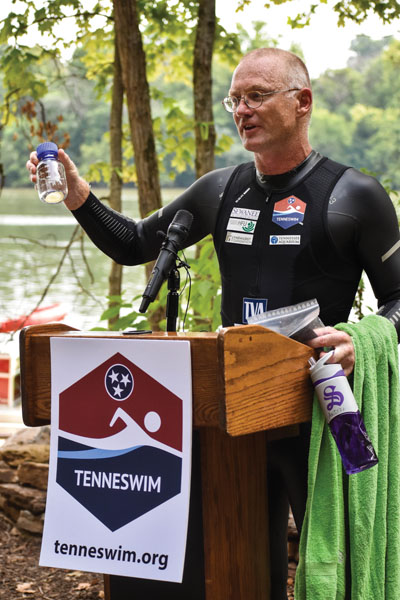 Before his swims, Fath struggled to get funding for his water quality research. So he decided to combine science and swimming. “It was a huge success because it reached more people than you would reach with a scientific paper,” says Fath. “It’s important to reach a large amount of people because they have a big impact on water quality.”

While the Tennessee River swim is shorter than the Rhine by 112 miles, the current is much slower with an average current speed of 1-2 mph compared to the Rhine with an average of 3-4 mph. Even with this obstacle, Dr. Fath aimed from the beginning to be finished in 31 days, which would break yet another world record. With Fath’s 22nd wedding anniversary approaching on September 1, it provided him with extra motivation to finish by the end of August.

Along the way, Fath and his team sampled for common water quality indicators such as temperature, nitrates and phosphates, as well as pharmaceuticals, hormones, pesticides, bacteria, and heavy metals. His research team used a technique pioneered by Fath himself to detect microplastics on the water’s surface. Less than 5 mm in size, these tiny fragments are either made at such a size or are broken down from larger plastics that enter the waterway. The size of the microplastics enable them to enter the food chain and can end up in our own bodies.

“Water is a gift,” says Fath. “We take it from nature, we borrow it, and everything that you borrow from nature you should return the way you borrowed it.”

Toward the end of the Tenneswim, Fath was joined by his wife and sons who jumped in the water to swim in solidarity alongside him and saw him to the finish line in Kentucky.

He will analyze the results from his water samples to create a comprehensive report card for the overall health of the Tennessee River.

Why did you choose the Tennessee River?

FATH: The Tennessee River has 4.8 million people living within its watershed. We are looking specifically at the microplastics in the water, especially after Obama’s ban on micro beads from cosmetics. We can establish a baseline of where we are now, and maybe in 2 or 3 years we would do the same testing, only without swimming because by then I will be 50-something years old. But then we can begin to answer a fundamental question: how long does it take for legislation to be transported into nature?

What has been the most rewarding part OF your long distance swimming and research?

It’s teamwork, the nature experiments, and the dialogue with people. More and more people were standing at the shore expecting me for hours. Chasing the record is secondary to getting the results and making people aware of what impact they have to improve the water.

What safety concerns were on your radar during your one month swim?

On the Rhine, I almost had to stop because of an infection on my neck where the wet suit was not closed enough. Infections were always my biggest concern. 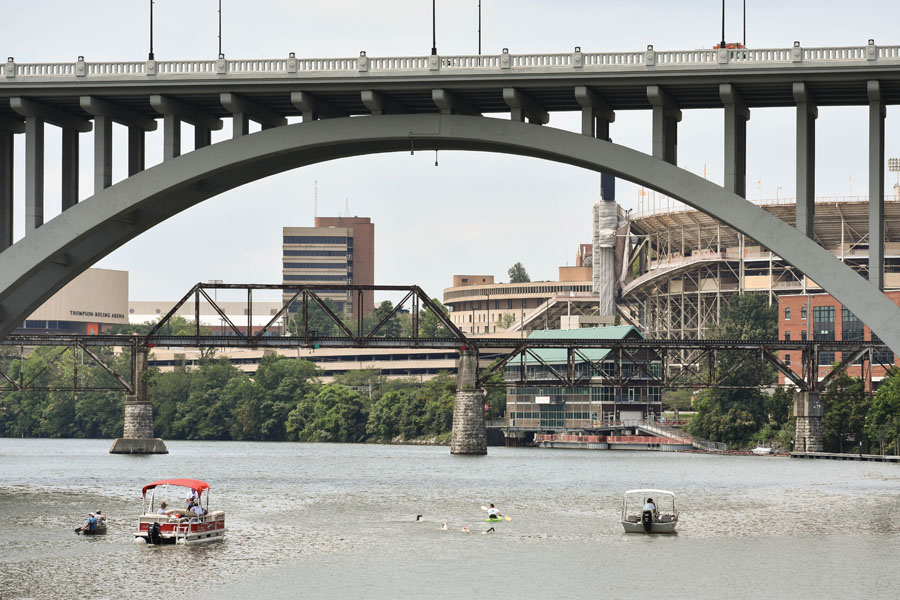 When people think of your research and these extraordinary swims, what do you hope they take away or remember from your efforts?

Only one answer for that: No effort is big enough for water quality improvement.

What river might be next? Any other big goals we might see you reach for in the future?

The last time at the Rhine, I promised my wife that it would be my last river, but then I swam the Tennessee River. I think now that I am 52 years old, I will dedicate more to research in the next years. Maybe next time a boat, but for swimming full rivers, I think this is the last.