I’ve never been the kind of guy who likes to hit the beach and just…sit there. Beach vacations have always driven my wife crazy because she likes to sit and read magazines and books and take naps in the sand, and I like to poke her and ask her if she wants to go for a run on the beach, or surf, or jump over the waves or see who can hold their breath the longest or…

My inability to sit still has caused tension on our vacations. But then we had kids and now those kids are old enough to do stuff, which is great because now I have someone who will jump over the waves with me and challenge me to a breath-holding competition. I realize that my kids won’t always be willing to play with me. There will come a time when I’ll ask them if they want to try to do handstands in the sand and they’ll roll their eyes at me and turn the music up on their headphones. But right now, I’m enjoying a sweet spot in parenthood where my kids are old enough to be fully capable to do cool stuff but still young enough to actually want to do cool stuff with their dad. 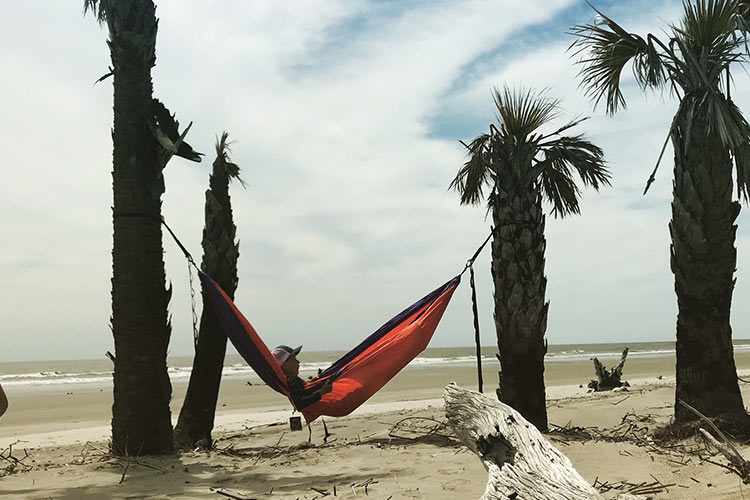 I became acutely aware that I’m living in this sweet spot on Spring Break this year. We hit the South Carolina coast and hiked for miles on an undeveloped barrier island, seeing alligators in the brush and a graveyard of trees on the beach. We surfed in the frigid Atlantic, hunted for sand dollars and paddled tidal rivers with dolphins. I discovered that my kids are still young and I have to feed them snacks constantly, but they’re also game for just about anything.

I also discovered that South Carolina’s coast can be wild as hell (see: alligators, boneyard beach), and that my wife has been right all along: taking a nap on the beach is okay every once in a while, if you find the right spot. 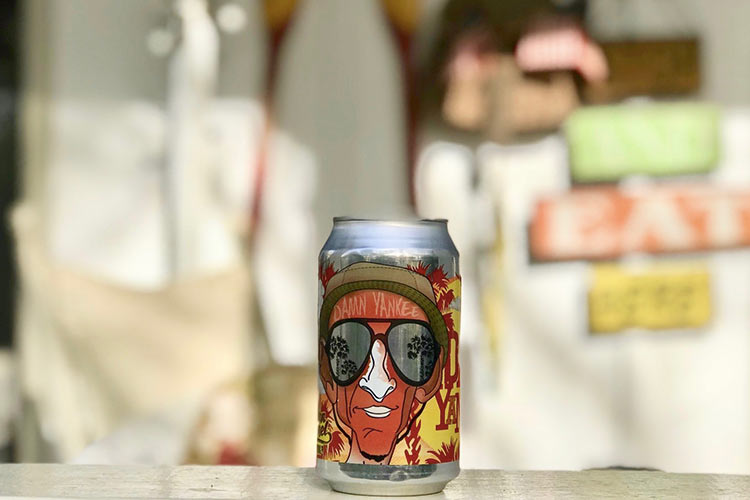 Also, there’s a lot of great beer out there that I’ve never heard of. Take this beer, Damn Yankee IPA, from Southern Barrel Brewing out of Bluffton, South Carolina. I’ve never had the chance to try anything from Southern Barrel, but I couldn’t pass this beer up when I saw it in the store. I mean, great label, great name. I was pleasantly surprised to find out the beer was damn good too. It’s a New England style IPA, all hazy and fruity and smelling like a Florida citrus farm. It’s a really good example of the style, and it blows my mind that the state of craft beer is so good in the South right now, that a brewery can make a beer this good and it can more or less fly under the radar. It says a lot about the sheer volume of great local beer we have to choose from right now. You could say beer drinkers are enjoying a bit of a sweet spot right now. It might not last forever, but just like adventures with my kids, I’m gonna enjoy it while I can.