Check out these new releases from four Americana artists on the rise in the latest monthly installment of Trail Mix.

Flat-picking guitarist Billy Strings is a rising young string slinger in the progressive bluegrass world. Since forming his own band less than two years ago, the Nashville-based guitarist has turned heads at high-profile festivals and shared the stage with genre masters, including David Grisman. Growing up with a dad who played bluegrass, Strings (real name William Apostol) learned traditional songs early in life, but by his teenage years he was playing in a metal band. As a result, he boosts the fundamentals of Bill Monroe’s high lonesome sound with a high-energy rock edge, landing in the realm of jamgrass acts like Greensky Bluegrass and the Infamous Stringdusters. 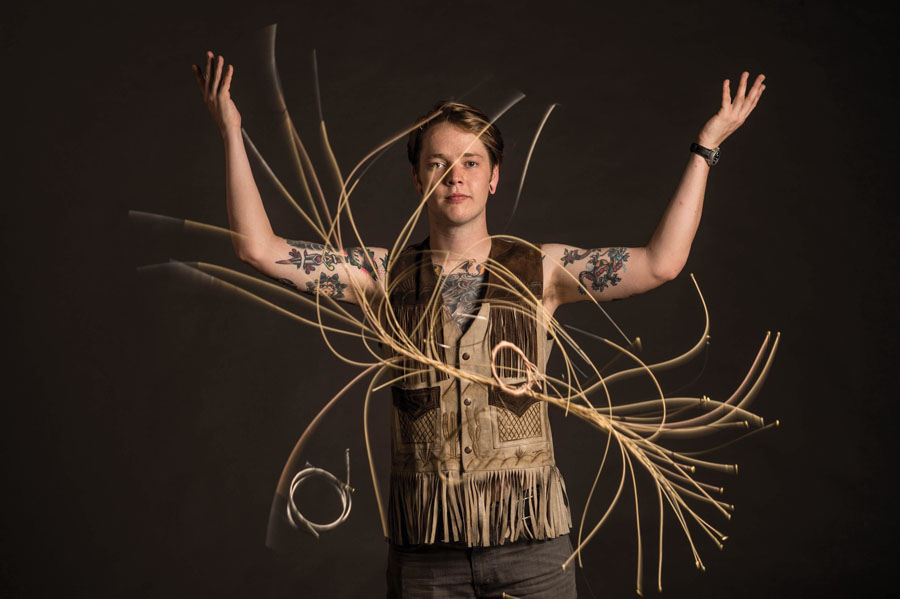 Earlier this fall, Strings released his debut album, Turmoil & Tinfoil, a showcase for his nimble-fingered fret acrobatics. The record mixes honest front-porch tunes, like the reflective “All of Tomorrow,” with psychedelic string workouts, including the dark and stormy title track.

Key Track: “Meet Me at the Creek” is an epic instrumental shredder that nearly hits 10 minutes, showcasing Strings’ precise picking and ability to take acoustic music to the outer limits. 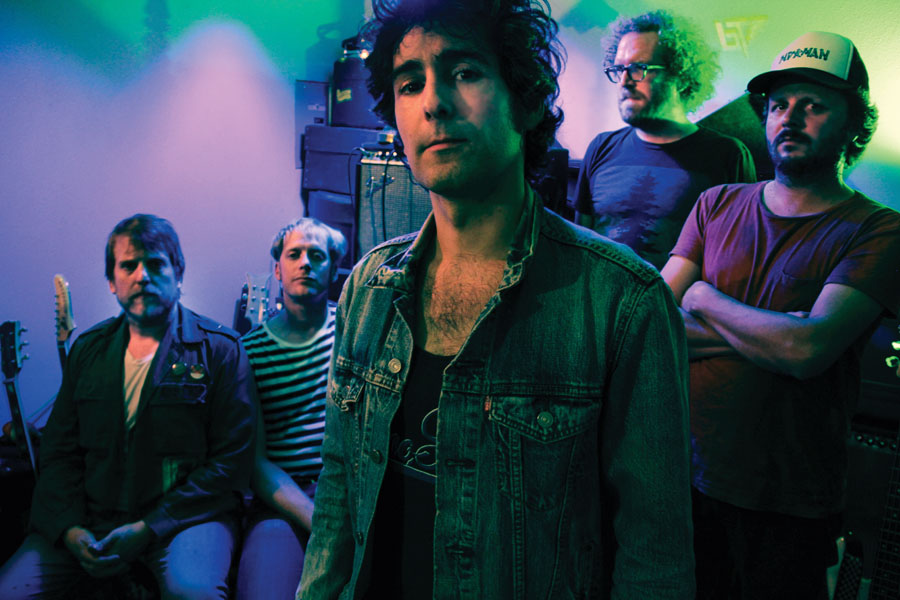 Narrative is at the forefront of the band’s ninth studio album, Wild and Reckless, which comes out this month. The new record is based on a musical/rock opera of the same name that the band produced in its hometown of Portland, Oregon, earlier this year. Much like the stage production, the album chronicles hard-luck characters dealing with drugs and despair in the wild West through a soundtrack of trippy frontier Americana. Earley has stated that he views his band’s latest effort as a companion to the group’s 2008 breakout, Furr.

Key Track: “Stolen Hearts” is a free-range folk-rock tune about lost love that takes a turn towards optimism with a galloping rhythm and sunny harmonica accents.

Singer-songwriter Dori Freeman hails from the southwest Virginia town of Galax, known for its annual massive Old Fiddler’s Convention. While Appalachian influences certainly color Freeman’s pure country voice, her honest and occasionally disarming lyrics are more in line with the edgier side of modern roots music. 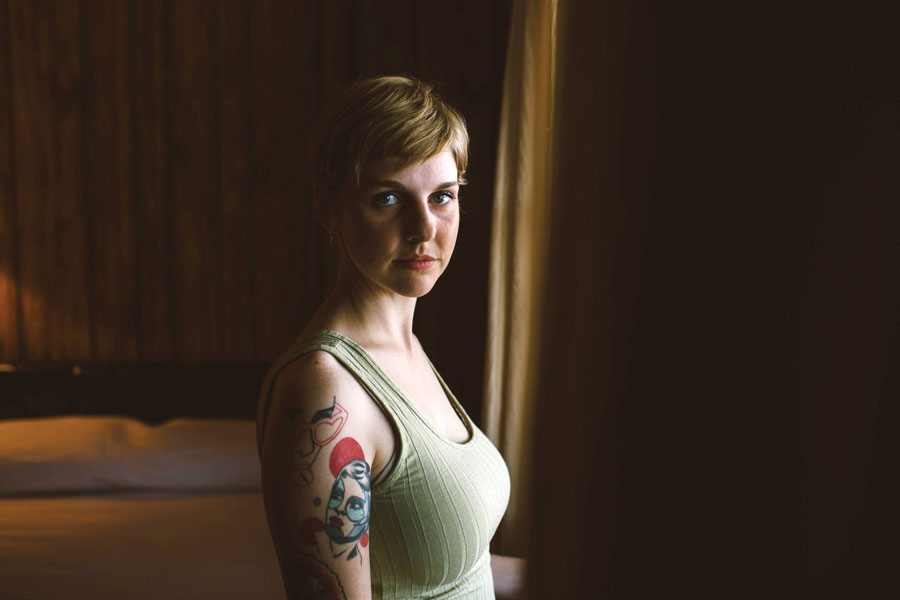 In a statement on her October-released sophomore effort Letters Never Read, Freeman said, “I think people have an idea of what this area in the country is like, and what that music sounds like, and it’s not necessarily a really nice picture that’s been painted. I want to break that stereotype down. I’m proud of where I’m from. And I want to bring that kind of music to a new audience in a different way.”

Key Track: “If I Could Make You My Own” is a lover’s plea that Freeman has said she attempted to craft as an updated murder ballad. The flowing country song features fluid electric guitar fills from English folk legend Richard Thompson.

Following up his Dave Cobb-produced 2015 breakout, Onward, smooth-voiced Americana upstart Christian Lopez is back with another set of earnest tunes that make him sound much wiser than his 22 years. To make his sophomore effort, the September-released Red Arrow, the West Virginia-based tunesmith—who channels his dusty soul-felt ruminations through a clear-eyed pop filter—embraced co-writing with some of Nashville’s top song scribes, including Dave Berg and Liz Longley, and had notable collaborators appear on select songs. The lonesome ballad “Caramel” features a vocal assist from Kenneth Pattengale of the Milk Carton Kids, and the playful acoustic tune “Swim the River” is sweetened by the pastoral fiddle of Stuart Duncan. 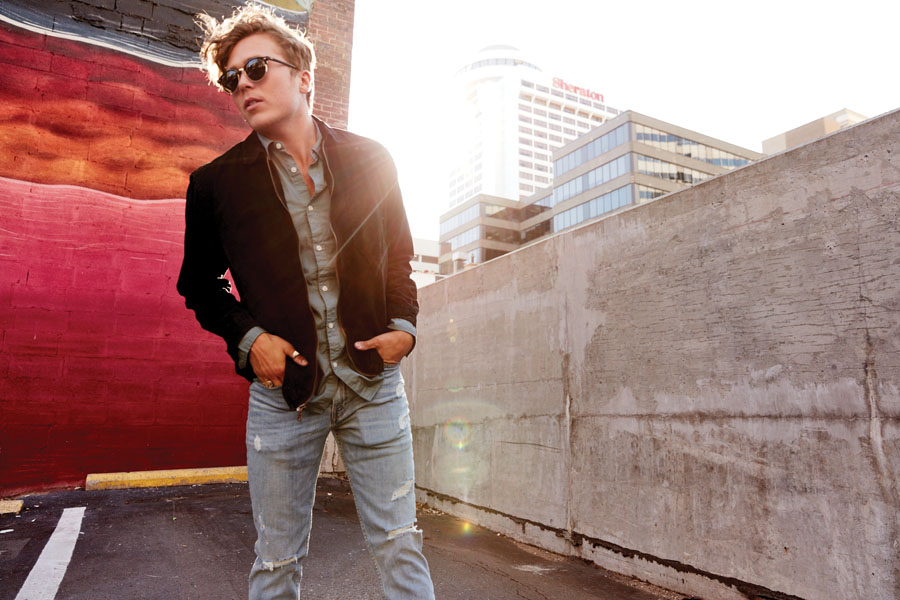 Key Track: While Lopez seems to have his sights set on broader accessibility, he still displays fondness for his Appalachian roots. A best example is “1972,” a soulful highway song about cruising Mountain State backroads in his favorite old truck.