Thanks to Vince for this great shot!

Well, it’s been about a week and a half since TSE ended and I’ve put blogging low on the list of priorities simply because when you miss a week or work, there’s a ton of catch up!

Here is a recap of my feelings for the week that I wrote for Dirt Rag Magazine last week.

Stage 4 was my toughest physical day. The trail was super fun at Raystown. I detonated early on and was feeling the deleterious effects from cracking on the road stage the day before! It was 98 and humid that day. The trail was like a roller coaster with a bunch of woops. It was awesome and I didn’t care that I felt slow and tired on my bike. Well, I did care, but it helped to be on an awesome trail. I’d highly recommend checking out that trail if you are ever in the area!

Stage 4a was a wheelie contest that I somehow won. It was awesome!! I have never been great at riding wheelies, but 10′ was all I needed to win the jersey! 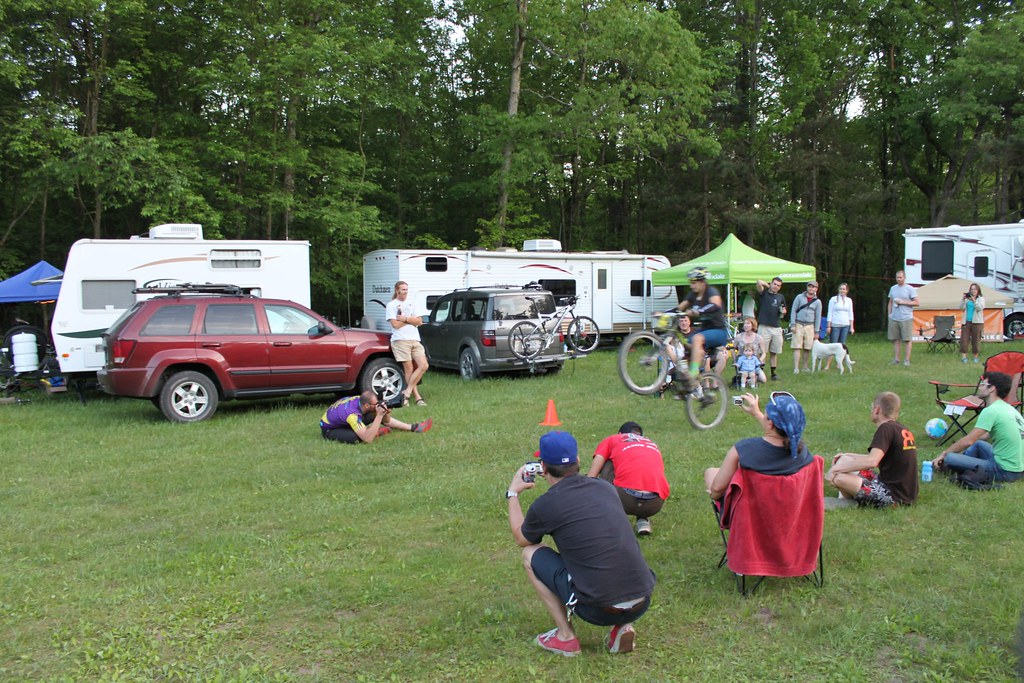 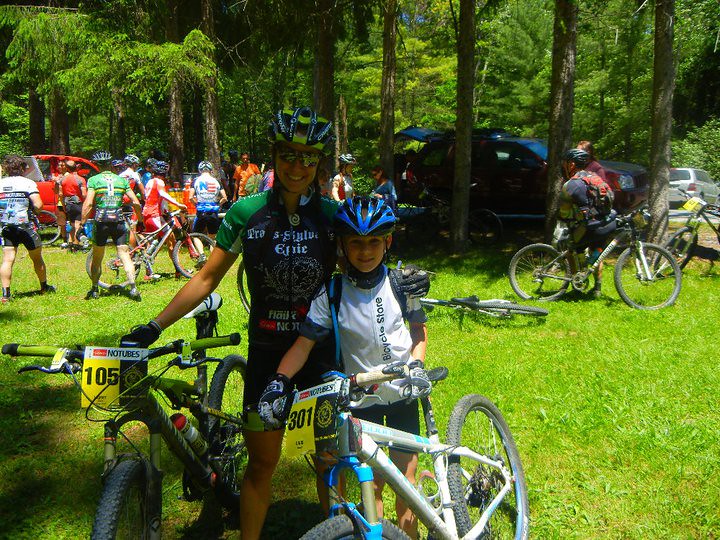 That would be the super-d jersey and my friend’s son, Tanner. He is only 11 years old and rode about half the stages. Look out for this guy in the future of mountain biking!

Stage 5 was fun. It was super d stage race! We did 4 different super-Ds. I had fun on all the techy trails and it was surprisingly refreshing to do some all out 15 minute efforts and some balls-out descending!

Stage 6 was the toughest day mentally for me. It was the only day I had good legs, but luck was not on my side. My leg suffered a blow from a hidden tree branch sticking out early on in the race. It’s doing much better, but still swollen and little bit painful. I kept shoving ice into my sock during the race to try to keep the swelling down. I also rode 5 miles off course losing about 30 min and I broke my derailleur. That was the toughest day to swallow. I was thankful to have good legs, but it was a bummer to lose so much time on a day where I could have made some headway on my GC placing.