MagazineFebruary 2017Trump and the Outdoors

Trump and the Outdoors

Many conservationists are fearing the worst. Trump could be the most anti-environmental president ever to take office, and he will have the support of a Republican Congress. The 2016 Republican platform, after all, called for the rollback of environmental regulations; expansion of fossil fuels; a prohibition against regulating carbon dioxide, a greenhouse gas; transfer of federal lands to the states; limitations on the president’s ability to create national monuments; removal of species from the endangered species list; and withdrawal from multinational climate change agreements.

Trump is an avowed skeptic of climate change, famously tweeting in 2012 that climate change was “created by and for the Chinese in order to make U.S. manufacturing non-competitive.” Most of his cabinet nominees are climate deniers. They include Rex Tillerson, the Exxon CEO nominated for Secretary of State, and Wilbur Ross, who owned the coal company that operated the Sago Mine in 2006 when 12 miners were killed as the result of an explosion and collapse, and who now has been nominated as Secretary of Commerce. Only one nominee acknowledges climate change: Secretary of Defense nominee Gen. James Mattis, who has long been a vocal advocate for the armed forces to shift from fossil fuels to clean energy.

An Enemy of the EPA to Head It

Trump’s nominee to lead the Environmental Protection Agency is Oklahoma Attorney General Scott Pruitt, who sued the EPA over the Clean Power Plan and who wrote about climate change in a National Review op-ed, “That debate is far from settled. Scientists continue to disagree about the degree and extent of global warming and its connection to the actions of mankind.”

In a statement released after the nomination, League of Conservation Voters’ President Gene Karpinski compared Pruitt running the EPA to “the fox guarding the hen house.” The conservative Heartland Institute cheered Pruitt’s nomination, however, as a sign that Trump’s administration “will finally rein in the runaway EPA—by withdrawing or rewriting those and other rules in a way that respects freedom and economic progress, or by deciding not to defend the rules in court.”

Many of the climate-related rules put forward under the Obama administration, such as the Clean Power Plan, will likely be reversed under Trump. His election therefore sparked an upswing in the coal industry, as production roared back up after historic lows the last five years. It remains unclear whether the surge will result in many coal miners going back to work as Trump promised during the campaign. Natural gas remains a powerful competitor to coal, leading to the recent closure of many older coal-burning power plants that are unlikely to reopen even under optimal regulatory conditions. Large-scale mechanization of the coal industry has also meant that companies can mine more coal with fewer workers. 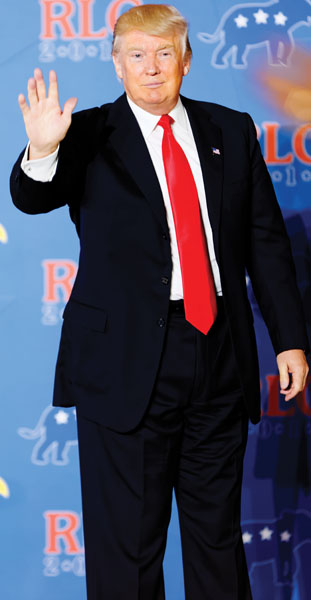 The prospects of widespread rollback of environmental regulations carry implications far beyond the coalfields. Alan Rowsome, senior director of government relations for The Wilderness Society, foresees a pitched battle over regulations such as the Stream Buffer Zone Rule and Coal Ash Disposal Rule.

“If both the Republican Congress and the administration are committed to rolling them back, it will take all the work the conservation community and environmental community can do to keep them on the books.”

Another potential flashpoint is developing over the management of public land. On this front, at least, there seems to be potential for a broader coalition of outdoor interests—and perhaps some room for optimism.

For Secretary of the Interior, which oversees the National Park Service, U.S. Fish and Wildlife Service, and Bureau of Land Management, Trump has nominated U.S. Rep. Ryan Zinke of Montana, who has a reputation as a defender of public lands. Zinke doesn’t exactly represent a home run—he’s got a lifetime score of only 3 percent from the League of Conservation Voters—but he is a sportsman with a reputation as a defender of public lands. Still, many groups remain concerned about the potential for sale of public lands.

“Though Trump has spoken out against federal land transfers, he’s also made moves to walk back that commitment, and there are now very few checks and balances on proposals to transfer or sell off national lands,” says Tania Lown-Hecht, communications director for The Outdoor Alliance.

Another concern involves the nomination of U.S. Rep. Mick Mulvaney of South Carolina as director of the Office of Management and Budget. The office’s link to the outdoors isn’t as direct as that of the EPA or Department of the Interior, but just as consequential, since it’s responsible for the flow of dollars to the agencies that manage federal lands and enforce environmental rules.

Mulvaney is a fiscal hawk, Rowsome says, and he could cut agency budgets to the point where they can’t staff visitors centers or patrol the land.

“It’s the quiet slow way to effect change if you’re not able to use the blunt instrument of a congressional bill or presidential rollback,” Rowsome says. “If you cut resources to EPA, they’re not out there enforcing regulations.”

Two other potential battles looming include a potential repeal of the Antiquities Act—a law dating back to President Theodore Roosevelt that allows presidents to create national monuments from public lands by proclamation—and the long-running debate over drilling in the Arctic National Wildlife Refuge.

What Can You Do?

In the face of these likely assaults, how are groups planning to counteract Trump’s anti-environmental moves?

The Sierra Club fired back in December by projecting a huge image of rising seas and the words “Don’t Trump the planet” onto the side of the Trump Building on Wall Street in New York City. The group has attracted more donors in the months since Trump’s election than in the previous four years.

The Sierra Club has also kicked its Beyond Dirty Fuels campaign into high gear. Sierra Club activists have helped organize and staff protest camps along the proposed route of the Sabal Trail Transmission, an oil and gas pipeline slated to cross through sensitive natural habitats in Alabama, Georgia, and Florida.

350.org hopes to turn out 500,000 or more supporters at the People’s Climate Mobilization, a march on D.C. scheduled for April 29. Climate activists are also ramping up efforts to get universities across the country to divest from fossil fuel investments. They organized student walkouts at college campuses across the country on January 23 “to resist and reject the climate denial” of the incoming Trump administration.

The Outdoors Industry Association plans to bring executives from member businesses such as North Face and REI to Capitol Hill.

“These businesses are in every state,” Wahl says. “They’re in red districts, blue districts, rural, urban. They’re the ones employing people and making communities better. They are the best advocates: a CEO meeting with their member of Congress is a powerful conversation.”

Trump ultimately might be exactly what the environmental movement needs. Memberships, funding, and influence swelled for green groups when another conservative Republican, George W. Bush, moved into the White House in 2000. Environmental groups leveraged this backlash to successfully lead the charge against the development of dozens of new emissions-spewing coal-fired power plants at the time, sparing the nation a huge carbon burden down the line. Activists hope to build on this type of strategy in leveraging the support of the vast majority of Americans for increased environmental protections.

“Now more than ever, we need to guard protections put in place for public lands, access to outdoor recreation, and access to beautiful places,” says Anthony Duncan, Mid-Atlantic regional director of IMBA. “We need to make sure they remain available for future generations.”