Go OutsideA Trail in the Spotlight

A Trail in the Spotlight

The Appalachian Trail is becoming a wildly popular piece of national scenery. According to the Appalachian Trail Conservancy, which tracks trail use through voluntary self­registration, the amount of people attempting a thru­hike has doubled each decade since 1970. In the 70s, the total amount of thru­hikers hovered around 700. In the 2000s, that number increased to just shy of 6,000 total thru­hikers.

Recent movie adaptations of Cheryl Strayed’s Wild and Bill Bryson’s A Walk in the Woods leave the ATC bracing for an even further increase in hiker population. This higher population inevitably increases impact and it is taking its toll on the trail, especially at the northern and southern termini where hiker population is least spread out.

Lenny Bernstein, president of the Carolina Mountain Club discussed the Appalachian Trail Conservancy’s strategies meant to alleviate the harm of increased population, “The ATC has been involved for over a year now in anticipation of the increase in activity.

[They’re] coming up with plans to first of all try to spread out the hikers…get them to consider not just the standard Springer Mountain, [GA] to Katahdin, [ME] hike, maybe starting in the middle and flip flopping.” 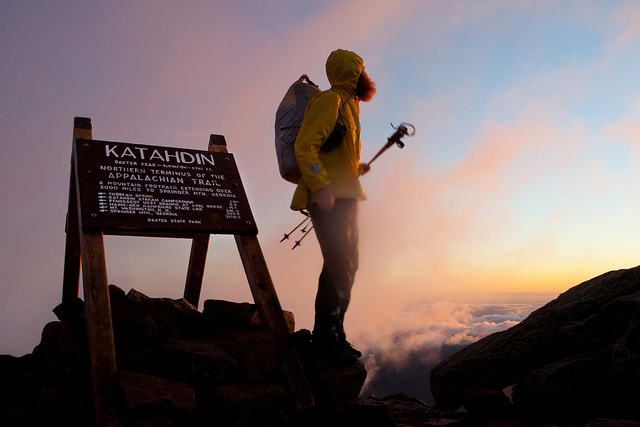 A page on the ATC’s website details flip flopping and its variations. Flip flopping is when a person forgoes starting at the north or south end to hike the trail in one continuous stretch and instead chooses an alternate point. For example, a hiker may choose to start in Harper’s Ferry, the closest town to the halfway point, and hike north. Once they reach Katahdin, they shuttle back down to Harper’s Ferry and finish the second leg at Springer Mountain.

There are many variations in flip flopping such as starting point and starting date that allows more flexibility compared to a north or southbound start which have relatively fixed start dates for hikers. The ATC, and by extension Bernstein and the CMC, encourage hikers to flip flop because the multiple alternatives would naturally spread hikers out. 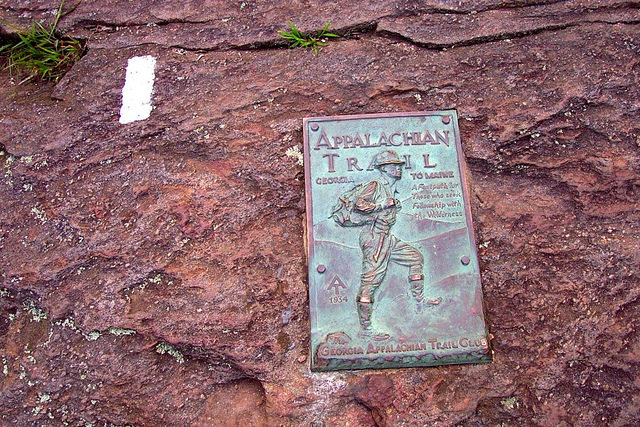 Bernstein also stressed the importance of educating hikers on proper Leave No Trace principles. If hikers do not engage in proper practices, whether out of ignorance or otherwise, the trail and the environment will suffer more greatly for it. It is easy for individual hikers to ignore or disregard their own impact, but when actions compound due to increased hiker population it can have long term consequences for the ecology of the trail, and even the route it follows.

Recently, ultrarunner Scott Jurek set the record for the fastest assisted thru­hike of the Appalachian Trail. Many consider his feat a great accomplishment of human endurance, but his finish at Katahdin and subsequent celebration exemplified a trend that officials at Baxter State Park find troubling. 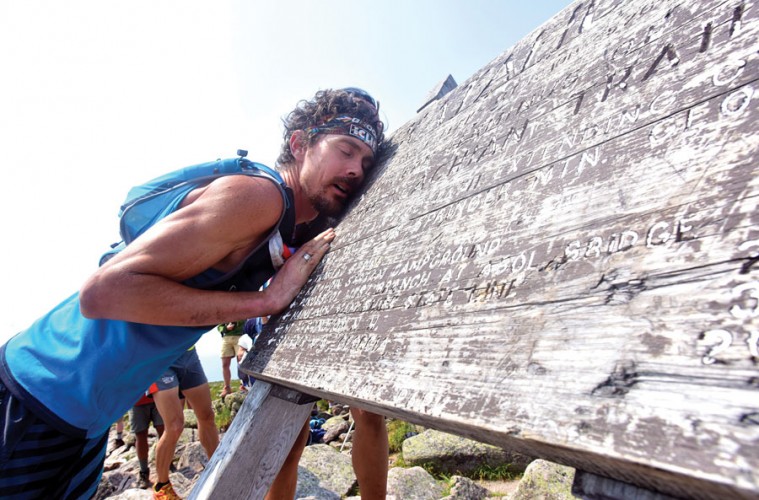 According to a Facebook post made by park director Jensen Bissell, Jurek was met at the peak of Katahdin by a group larger than twelve people (the maximum allowed at Baxter Park) and celebrated his accomplishment by opening champagne. After the celebration, Jurek was cited for the oversized group, drinking alcohol in park boundaries, and littering.

Jurek’s case may seem unrelated to regular thru­hikers, but the event gave Baxter State Park officials an outlet to address issues they’ve seen negatively affecting the park. Bissell decried Jurek’s high profile finish and the “corporate sponsors” that supported him in his run. 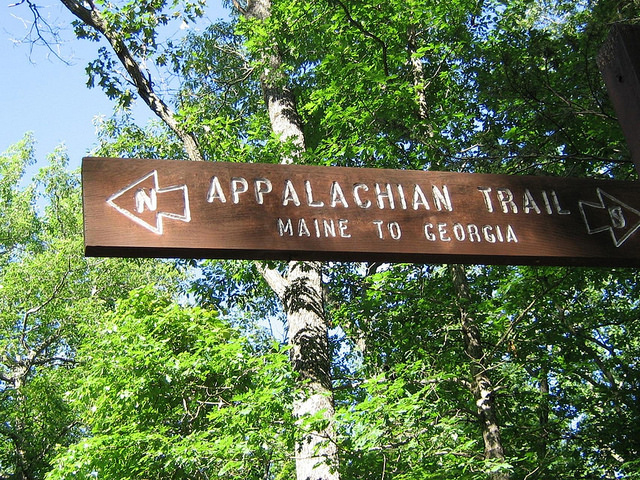 Further in the post, Bissell addressed the potential harm of the ever­ increasing publicity of the AT to Baxter Park, “The Appalachian Trail provided the challenge and backdrop for this event and consequently, provided the conduit for this event to land in Baxter Park. The profile of the AT is large enough to attract the corporate sponsorship necessary to support and carry such an event… The formal federal designation and authority of the Appalachian Trial does not extend into Baxter State Park.”

According to Bissell, Katahdin is on loan to the ATC and Baxter officials are considering “the increasing pressures, impacts and conflicts that the Appalachian Trail brings to the Park.” Baxter officials are intent on maintaining the wilderness that original land donor Percival P. Baxter envisioned and the traffic the AT brings may be harming that wilderness.

Bissell warned that Katahdin as the northern terminus could change, and that officials were reviewing whether, “ a continued relationship [between Baxter and the ATC] is in the best interests of Baxter State Park.” Currently, the foundation upon which the park was built is incongruous with its use and impact due in part to the thru­hiker community. Until tensions are settled, changing the northern terminus is a potential outcome to the Baxter Authority.

The commercial success of A Walk in the Woods and Wild, as well as the publicity of Scott Jurek’s run, do speak towards a general desire among the population to experience the outdoors.

According to data collected from IMDb, the movie adaptions of A Walk in the Woods and Wild earned $29 million and $37 million in the box office respectively. An article on the ATC’s website states that the book release of A Walk in the Woods caused a 60% increase in thru­hiker traffic. Due to its ability to reach wider audiences, the movie adaption is expected to cause similar results. 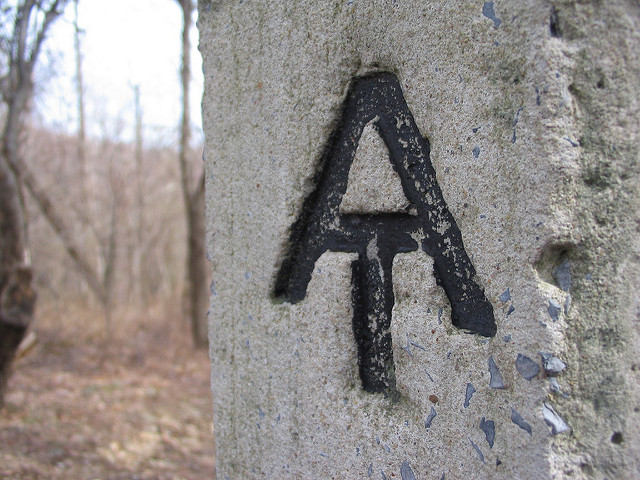 The shift towards commercial and mainstream appeal of long distance trails indicate that the growing population of hikers will likely not stall anytime soon. The ATC’s response to educate people while still encouraging them to hike is admirable, but as numbers continue to grow, more dramatic steps may be necessary. As the ATC attempts to redefine what it means to thru­hike, it many also need to redefine the route on which people attempt their hike.

The entire footpath is complete, but due to organization’s small size, sections of the trail suffer from overgrowth and poor signage.

Ernie Engman, author of the Benton Mackaye Trail Thru Hiker’s Guide and a member of the BMTA, had this to say via email regarding a particular section, one they jokingly call ‘The Heart of Darkness’, “ It is a remote section of trail that is hard to get access to even by road to the ends…It doesn’t have any regular trail maintainers that live in the area that can get to it…and unless we can get someone local recruited to do regular maintenance, it will continue to be a problem for us.” 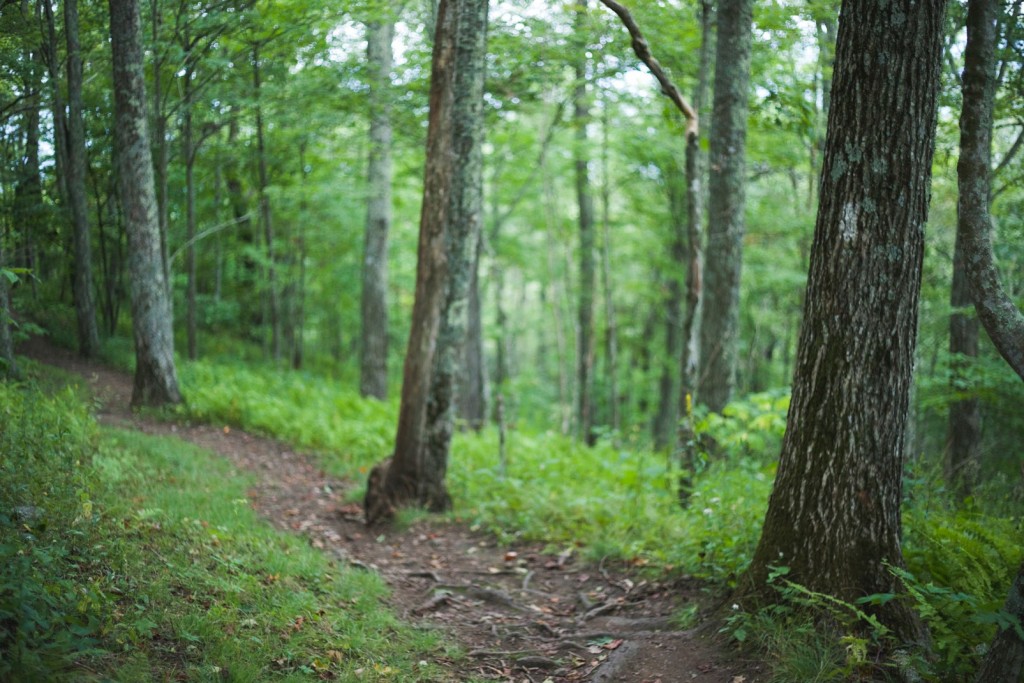 With the AT’s popularity issue and the BMT’s lack of consistent maintenance, collaboration between the ATC and BMTA could be beneficial. As Matthew Kirk, the former holder of the unsupported speed hike of the AT and current holder of the unsupported speed hike for the BMT, stated via email, “There are prospective hikers who would embrace the idea of getting off the beaten path and exploring a more adventurous wilderness setting along the BMT.”

The debate about removing Katahdin as the northern terminus shows how readily the route may change. A preemptive move such as this could help relieve overpopulation and prevent future situations like the one in Baxter Park.

Kirk continued, “The BMT is still wild, the shallow narrow tread not yet rutted out from millions of visitors. It feels like a blast from the past… For those who want to explore the more remote peaks and valleys of the southern Appalachians, there’s really no better trail than the BMT.”

Unlike other long trails such as the Pacific Crest and Continental Divide Trail, the AT is a defined, continuous route that remains largely unchanged from year to year. To designate an alternate as long as the BMT would require a change in philosophy of what constitutes a thru­hike on the AT.

“There are those who would want to follow the white blaze no matter how crowded­ the social aspect on the trail being important to them” stated Kirk. “Some hikers will resist the recommendation to stray from the AT no matter what.”

“We should definitely explore options for mitigating our recreational impact on our natural resources.” said Kirk. “But generally speaking: the more people getting outside and falling in love with the mountains and trails, the better.”