After being closed more than a year due to a massive rockslide, Hickory Nut Falls trail at Chimney Rock State Park, N.C., has reopened. State contractors and N.C. State Parks with the support of Chimney Rock Management cleared 300 metric tons of rock and other materials that crashed down and demolished a wooden walking bridge and covered part of the trail. The observation area at the base of the falls remains closed for repairs but guests are able to hike to the end of the trail to view the 404-foot falls (one of the highest waterfalls of its kind east of the Mississippi River).

The Hickory Nut Falls Trail began as a Jeep trail, installed in 1963 to access the 404-foot waterfall at its end. Today, the ¾-mile trail boasts hardwood forests of oak, hickory, maple, beech, poplar, locust and basswood that harbor abundant plant life, which includes rare and endangered wildflowers as well as old favorites like Jack-in-the-pulpit and Solomon’s-seal. The 404-foot waterfall feeds from Fall Creek, which winds through the Hickory Nut Gorge. The trail and its falls were prominently featured in the 1992 blockbuster hit, The Last of the Mohicans, starring Daniel Day Lewis and Madeline Stowe, and have long been a favorite visiting spot for Park guests.

Chimney Rock at Chimney Rock State Park is a developing international outdoor attraction located 25 miles southeast of Asheville on Highway 64/74A in Chimney Rock, N.C. It has been recognized as one of the Southeast’s most iconic and popular travel destinations for more than 100 years. The Park’s 535-million-year-old monolith called Chimney Rock offers guests 75-mile panoramic views of Hickory Nut Gorge and Lake Lure. Visit Chimney Rock’s website at chimneyrockpark.com.

Blue Ridge Parkway Superintendent Mark Woods announced that a section of the Blue Ridge Parkway from Milepost 376 at Ox Creek Road to Milepost 355 (near the entrance to Mt. Mitchell State Park) is open for travel.   The popular stretch of motor road was closed for stabilization work on a failed slope north of Tanbark Ridge Tunnel at Milepost 374, the site of last summer’s well-known “crack.”

The Craggy Gardens Picnic Area and Visitor Center, at Milepost 364, which had been closed during this repair project, will open May 9, 2014, along with the majority of other Parkway facilities reopening for the season on that date.  The full schedule of 2014 seasonal openings and visitor services along the Blue Ridge Parkway is available at www.nps.gov/blri.

The Blue Ridge Parkway, linking the Shenandoah and Great Smoky Mountains National Parks, is dedicated to enhancing the scenic and recreational qualities of the corridor — conserving its significant natural and cultural resources and promoting public enjoyment and appreciation of the central and southern Appalachian Mountains. Learn more about the Parkway at www.nps.gov/blri. 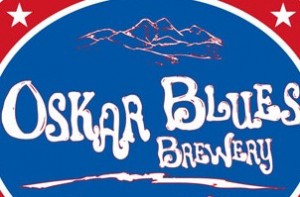 The farm, formerly known as Shoal Falls Farm, has been dubbed the Oskar Blues REEB Ranch, a reference to REEB Bicycles, the company’s line of hand-made mountain bikes (“reeb” is beer spelled backwards). It will likely be home to a bike park, as well as to Bike Farm, a mountain biking concierge service owned by Cashion Smith and Eva Surls. The two offers tours of local biking trails — recognized recently as some of the best mountain biking trails in the U.S.

The farm may also be home to cattle that are fed spent grain from Oskar Blues’ brewing operation. The company has a similar operation in Colorado, called the Hops and Heifers Farm. Cows and pigs populate the farm, which also has acreage devoted to growing fresh hops.

East Coast voting is live for the Bell Helmets $100,000  giveaway to build three Dream Trail Projects, chosen by popular vote from its website.

Blue Ridge bikers will want to vote for Tennessee, Virginia or Georgia to beat out western New York! Visit the site to explore the projects and vote for your area.

Sherpa Adventure Gear—through its Paldorje Education Fund—is directing donations to the education of children of the16 Sherpa guides killed by an avalanche on Mt Everest. All donations received by May 31, 2014 will be dedicated to the schooling of the ‘children of Everest.’ Tax-deductible donations can be sent to:

Sherpa Adventure Gear CEO Tashi Sherpa was in Nepal at the time of the avalanche.

In addition to donations, Sherpa Adventure Gear is setting aside 10 percent of May sales at its Kathmandu retail store toward this cause.  Sales in May from Sherpa Adventure Gear’s products at Alpine Ascents International’s gear shop in Seattle will also benefit the program.

Representatives of the European Cyclists’ Federation are now supporting an initiative to create a World Cycling Alliance (WCA) — a worldwide network of non-governmental organizations that will advocate for cycling before international institutions such as the United Nations, the Organization of Economic Co-operation and Development, and the World Bank.

WCA will promote and support the worldwide exchange of knowledge, expertise and co-operation of cycling associations and organizations. “The World Cycling Alliance fills a gap in the promotion of cycling at the highest institutional level,” said ECF President Manfred Neun.

ECF has been participating in top international forums such as the UN’s Transport, Health and Environment Pan-European Program, UN-Habitat’s World Urban Forum events and the International Transport Forum, linked to the OECD.

All ECF members, which include organizations from India, Russia, Taiwan, Canada, Thailand and Australia, will be founding members of the Alliance. WCA will be governed by a Steering Board, which in its final form will comprise the elected president of the ECF and members from different continents. The first Steering Board will be presented in Velo-city Global 2014 in Adelaide, Australia, where the WCA network will be officially launched on May 30.

Click here to cast your vote for your favorite outdoor-adventure school in the region.