Two women complete the first thru-hike of the U.S.-Mexico Border

“My immediate reaction was, ‘Hell, no,’” Wernstedt-Lynch says. “But I started doing some research. Eventually I said, ‘Let’s talk about it. I’m not committing yet, but let’s talk about it’.” 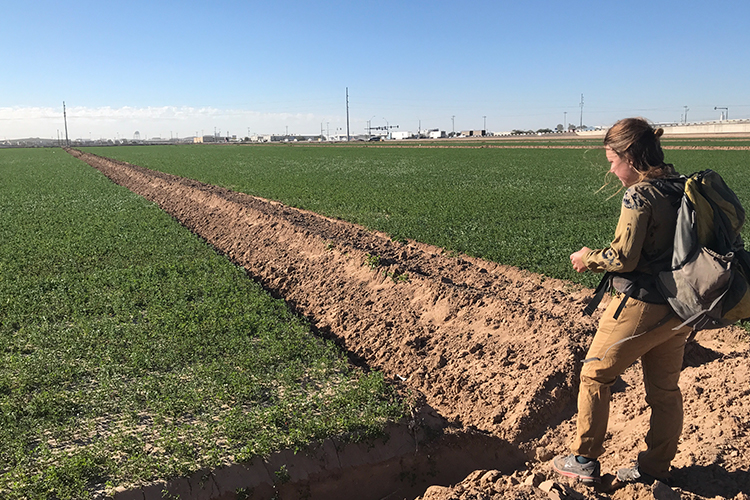 Less than a year later, Wernstedt-Lynch and Ostrem, from Maryland and Kentucky respectively, found themselves in San Diego’s International Friendship Park, with nearly 2,000 miles of hiking ahead of them. For six months, they would walk through some of the most misunderstood and rarely visited landscapes of the country, supported only by their legs, their wits, and the closest members of their friends and families. Their arrival in Boca Chica State Park, where the Rio Grande meets the Gulf of Mexico, marked the culmination of years of effort, and the completion of a project that few would even consider: the first thru-hike of the US-Mexico border.

Wernstedt-Lynch and Ostrem met in 2013 on the Appalachian Trail, when an early start and a harsh winter created the perfect conditions for an enduring friendship. They continued to hike together and plan a few projects, but nothing like this.

“So much of planning a big hike is about withdrawing from society and doing something internally,” Wernstedt-Lynch says. “And at that particular time, this withdrawal from society… it just didn’t feel like the right time to do that. So we were looking for a way to still pursue hiking, but use it to connect with society, rather than withdraw from it.” 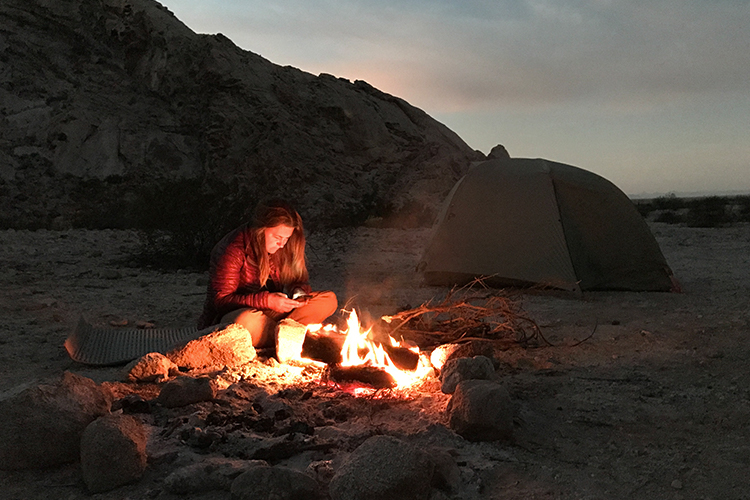 “It was really easy to be scared of what we didn’t know,” Ostrem explains. “And that was in combination with people in our lives telling us—begging us—not to do it because it would be too dangerous. Pretty much everyone thought of the border as a war-zone. It was definitely a formula for not only ‘Can we do this?’ but ‘Wow, should we do this?’”

“And on top of that was the idea of our privilege,” Wernstedt-Lynch adds. “As American citizens, as white people, as women. It made it easier to move through that area without incident, but it also made us strangers to the area. And we really didn’t want to be visitors that just extracted something and left. We didn’t want to misunderstand an area because we weren’t from there. And because of all those things, we probably quit ten times over the course of this two-year project.”

“I spent a lot of time in my life waiting because I was scared that what I’m thinking of doing may not be the best possible way to help,” says Wernstedt-Lynch. “It was time to just take a leap.” 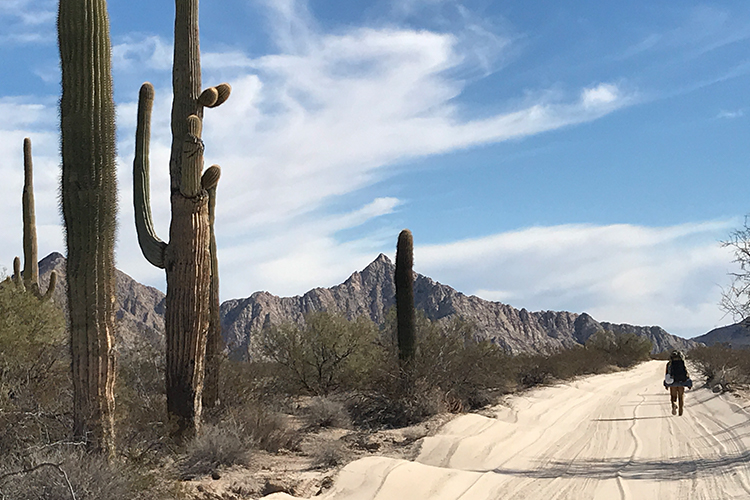 They didn’t have a set agenda; instead, they let the experiences shape their hike. They hitched a ride with a bus of farm workers in California. They carried water into the backcountry for a migrant water drop with the group Border Angels. More than once, Border Patrol stopped them. They found water wherever they could: gas station sinks, rusty cattle troughs, and even scum-coated potholes along dusty trails.

They also helped folks with passports and visa applications and got to know the people in the counties throiugh which they passed.

They took precautions to avoid run-ins with vigilantes or smugglers.They often hid their tent behind thickets of brush away from migrant trails. They avoided using flashlights at night. And each evening, they placed between their sleeping bags an air horn, pepper spray, a church key, two GPS devices with SOS buttons, and a flare gun to notify Border Patrol in the event of an emergency. They never needed to use any of them.

Once, though, as they were setting up camp, Ostreem realized that she had left her phone a few miles back. When she ran back to retrieve it around dusk, she heard rocks tumble in the rubble above her. She froze. It was the first time she had been separated from Wernstedt-Lynch, and she could feel someone watching her.

She continued running, found her phone, and on the way back, spotted the man hidden among the rocks: a migrant who appeared even more scared than she was. “He didn’t have an SOS button to press for help,” Ostrem remembers thinking. “It made me realize how safe and comfortable our hike was compared to his.” 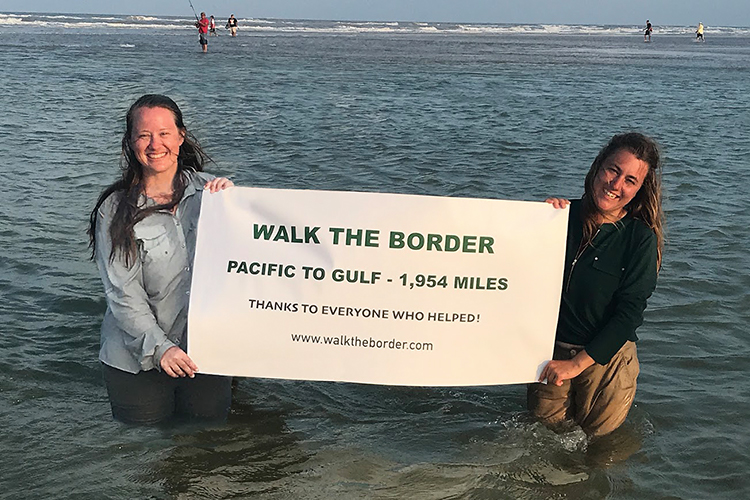 Stepping inside the shoes and lives of others became a much stronger mission than hiking, says Ostrem. They weren’t aiming for mileage but a deeper connection to the people and communities they met along the way.

175 days after leaving San Diego, they reached the Gulf of Mexico and waded out into the water to celebrate. But the hike had never really been about the final destination.

“It was about finding a way to make an issue personal to your own life,” says Wernstedt-Lynch. “We hope our pictures and stories can be tools in forging those connections.”

They learned that the borderlands are far more complex than the media portrays them. They hope that their experiences will help reveal those complexities. They don’t think they understand immigration better than anyone else, but they do think that a culture of fear in the United States has led us to lump everyone crossing the border into one stereotype, rather than seeing them as individual refugees fleeing violence.

They hope that the lack of violent incidents or encounters along their six-month trip can help deflate some of the fear surrounding the border.

“Everywhere you haven’t been is a fiction,” Ostrem says. “We’re just trying to make this more real for ourselves and anyone else who is interested.”

Visit Tenny and Claire’s website to read their daily blog, watch videos, and experience the hike for yourself.