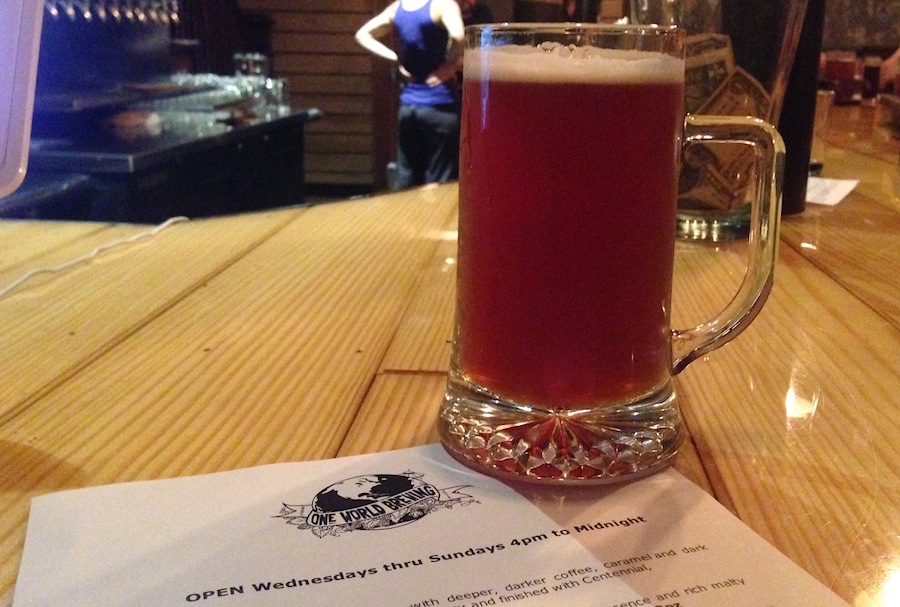 Sometimes it’s difficult to feel like a macho dude when you’re drinking a blueberry saison.

Sure, there are some burly beers out there—you definitely need hair on your back to work through some of the imperial stouts that are hitting the shelves these days—but by and large, the craft beer scene is becoming relatively civilized. If I had a nickel for every time a pencil-mustachioed cicerone told me a certain beer I was about to drink had the nose of rosemary and fresh dew, well, I’d have a bunch of nickels.

Beer has gone fancy. Basically, I’m okay with that because beer has also gotten better. I like truffle porters and blueberry saisons and honey ales that capture the essence of the mating rituals of bumblebees. I just can’t imagine John Wayne or even James Bond drinking a honey ale. Even if it’s aged in bourbon barrels. Unless that honey ale is served in a dungeon, which is arguably the most manly setting for a craft beer bar imaginable, then I think the Duke would abide.

Just so happens I found a craft beer bar that’s housed in a dungeon. Okay, it’s not technically a dungeon. There are no cages or dragons, but there are also no windows. One World Brewing is a tiny brewery (1.5 barrel system), recently opened with prime real estate, about three floors below downtown Asheville, N.C.. Seriously, you walk down an alley, through a big hole in the wall (okay, maybe it’s a fancy door), down three flights of stairs until you almost reach the core of the earth, and there you’ll find One World Brewing. No windows, dim lighting, crates on the ceiling, darts in the corner, a really cool Old West style saloon bar…manly.

The beer is good too. I had the “To the Head” Imperial Red IPA, a downright malty IPA with a sinister ABV and a beautiful hop finish. I know, that probably sounds a little fancy, but it doesn’t matter because I was drinking that fancy beer in a subterranean bar.

I’m a huge fan of sunny beer gardens and drinking beer while playing bocce and wearing all white, but sometimes you just have to drink underground. With the C.H.U.D.’s and giant alligators flushed down the toilet during in the ‘80s.