All the outdoor industry dirt that’s fit to print, from the editors of Blue Ridge Outdoors magazine.

The first episode follows Sammons and Luther Cifers of YakAttack to Rancho Leonero in the East Cape of Baja where they target the ultimate kayak fishing game fish – the marlin.

Extreme Kayak Fishing Challege with Jim Sammons is presented by Seaguar and will air weekly for 13 weeks on NBC Sports, featuring top fishing destinations including North Carolina. Footage will also be used for Jackson Kayak’s Kayak Fishing Show – airing all year on The World Fishing Network.

Based in the heart of Utah’s Wasatch Mountains, CONTOUR cameras are back on the market. These POV action cameras were known for sleek, low profile design, easy-to-operate controls, and a durable proprietary rail connection system for use in the water, snow, dirt or flying through the air. For more information on the latest products, team activities and dealer locations, visit contour.com.

“The aim is clear—we want to create a world class company to support this world class product,” said Danny Lysenko, CEO. “We’ll continue the tradition of being at the forefront of innovation and bringing to market beautifully simple, yet ultimately professional cameras.”

Those affected by warranty issues should contact [email protected] 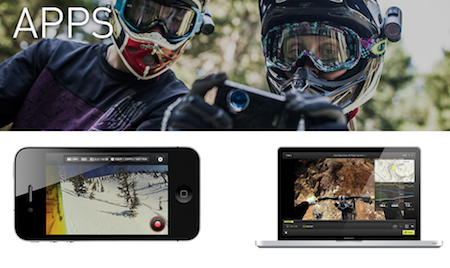 Astral, known for its rich history and key innovations in paddlesports equipment, is expanding its award-winning footwear collection with a new outsole that utilizes a propriety sticky G.14 rubber. The company says its new rubber will surpass the performance of any outsole previously available to paddlers. 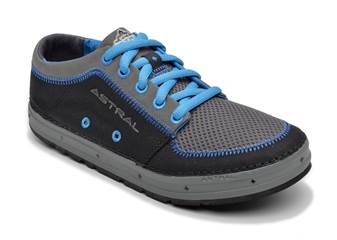 Astral’s new soles — which will be on the Brewer and new women’s specific Brewess – feature increased surface contact and added siping to improve grip and shed mud more effectively. They are also lightweight with classic takeout-to-table good looks. They feature zero-drop midsoles with a wide toe box for balance and stability. The minimalist upper is constructed with Cordura nylon and airmesh for abrasion resistance, lightweight, and fast drying. (MSRP $99.95)

Snow Sports Retail Sales Up in All Regions Through February

SnowSports Industries America (SIA), the snow sports industry’s member-owned trade association, and Leisure Trends, an NPD Group Company have released SIA RetailTRAK numbers for August through February 2014, based on data collected from the Point of Sale systems of more than 1,200 snow sports retailers.

The snow sports retail market finished February up 5 percent in units sold and up 7 percent in dollars sold to $3.3B for all equipment, apparel and accessories. Snow sports retailers brought in $218M more dollars through February this season compared to August to February 2012/2013. Big sellers in the south included helmets, goggles, handwear and socks; while backcountry accessories led the growth in the West. Snowshoe sales are up 12 percent in units sold to 98K units and 14 percent in dollars to over $14 million sold through February.

Nominate Someone for the 40Under40

The SportsOneSource Group has opened the nominating process for the 7th annual SGB 40 Under 40 Awards.  Nominations are open to anyone born after January 1, 1974 that is working in the sporting goods, action sports, outdoor, snow sports or bicycle industry.  Nominations close May 16, 2014.  Finalists will be honored in SGB magazine this summer. To nominate someone for this unique award, go to www.SGB40under40.com.

Quiksilver and world-champion surfer Kelly Slater ended their 23-year partnership effective April 1, and according to sources, he has partnered with the Kering Group — owner of Puma and Volcom — to launch his own brand.

Slater said on Facebook: “As I contemplate the amazing opportunities I’ve had in life and the amount of good fortune I’ve encountered along the way, I’m excited to announce today that I’m embarking on a new journey. For years I’ve dreamt of developing a brand that combines my love of clean living, responsibility and style. The inspiration for this brand comes from the people and cultures I encounter in my constant global travels and this is my opportunity to build something the way I have always wanted to. So I am excited to tell you that I’ve chosen The Kering Group as a partner. They share my values and have the ability to support me in all of my endeavors. I look forward to exploring all of the new opportunities this partnership will provide, but this hasn’t happened by chance, nor has it happened without an incredible amount of work by a few key individuals. As I embark on this new journey, I am sticking to my gut instincts and the belief that your dreams can become reality with the right intentions. I look forward to sharing more about it soon.”

Quiksilver said it had reached many milestones with Slater over the years, including 11 ASP World Titles, countless World Champion Tour victories and collaborations in developing his Quiksilver collection.

Quiksilver first signed the 18 year-old Slater in 1990 and his legacy includes not only decades of competition but also a deep history of product collaborations that left its mark on the surf industry. His influence will be seen in Quiksilver’s upcoming partnership with REPREVE Fabrics and the brand’s commitment to working with recycled materials.