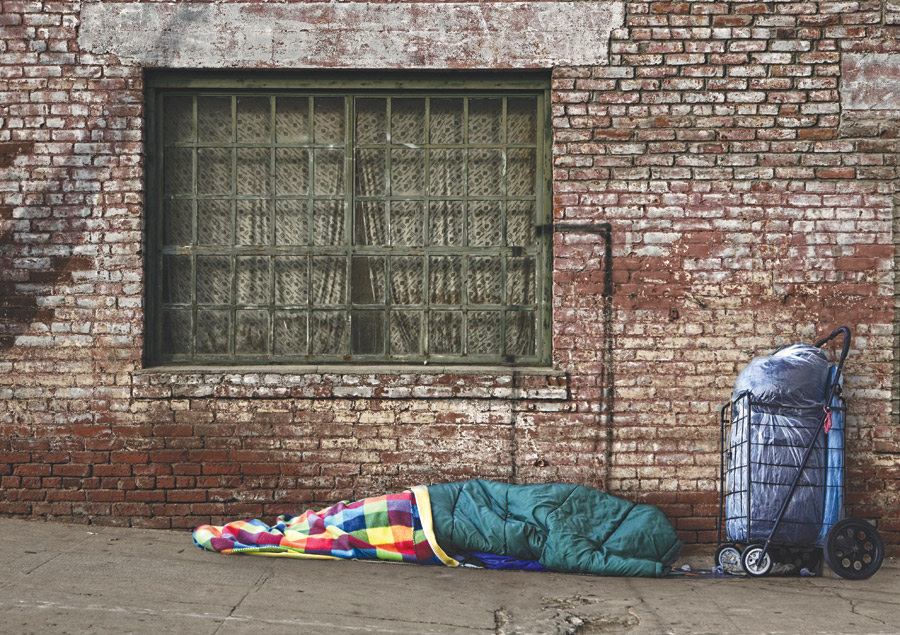 Letter from the Editor: The Homelessness Hero, November 2014

A few years ago, I decided to go homeless for three days. It was an artificial homelessness, because I knew that after 72 hours I could go back to a warm bed and a fridge full of food. But the people I met — and the misery they experience — were very real. They were not the lazy alcoholics and drug addicts I’d assumed them to be. They were ordinary people looking desperately for jobs but not getting them, mainly because they had no permanent address. Many had kids whom they called from payphones. All were ashamed of their situation.

I decided to go homeless because I wanted to feel human again. For a few days, I wanted to close the widening gap between rich and poor, suburbanite and street dweller. Wealthy Americans consume over half of the world’s resources, while one billion people starve. Within our own borders, 3.5 million Americans sleep on the streets or in shelters each night, and nearly 20 percent of Americans go hungry. Most of them are children.

For too long, I’d rationalized away these kinds of statistics: they need to get jobs and make better choices, I figured. It wasn’t until I spent three days on the streets that I realized the hollowness of my rationalizations. These facts have faces. These people are human beings, just like me.

Homeless people are the ultimate endurance athletes and outdoor adventurists, I discovered. They hike for miles every day and camp out under the stars each night. They can start a campfire with a single match and a few twigs, and they can forage for food and wild edibles better than most mushroom-gathering hippies. They are thru-hikers without a Katahdin, trudging daily through rain and snow in search of their next meal or job interview.

I wrote about my homeless experience for the magazine last year. The story received some decent feedback and thought-provoking chatter on the site, and I figured that was the end of it.

But then an amazing thing happened. After reading the story, an avid outdoor enthusiast from Virginia named Chris Finlay decided to do something about it. He started a nonprofit called Shelters to Shutters, which provides housing and employment to the homeless. It’s a sustainable, scalable model built upon partnerships with apartment companies throughout the region. Shelters to Shutters now assists the homeless in several cities in North Carolina and Tennessee with plans to expand beyond the Blue Ridge.

As a writer for over two decades, I’ve published hundreds of stories. Rarely do I see any lasting impact from them. It’s incredibly heartening to know that there are people like Chris Finlay, who find inspiration and then act on it.
I am deeply grateful to all of the Chris Finlays out there who don’t just read about problems but do the hard work of creating solutions. Their stories don’t always get told; they’re often too busy working behind the scenes to help others or protect species or safeguard rivers. But they are the true heroes of our mountains and our magazine.