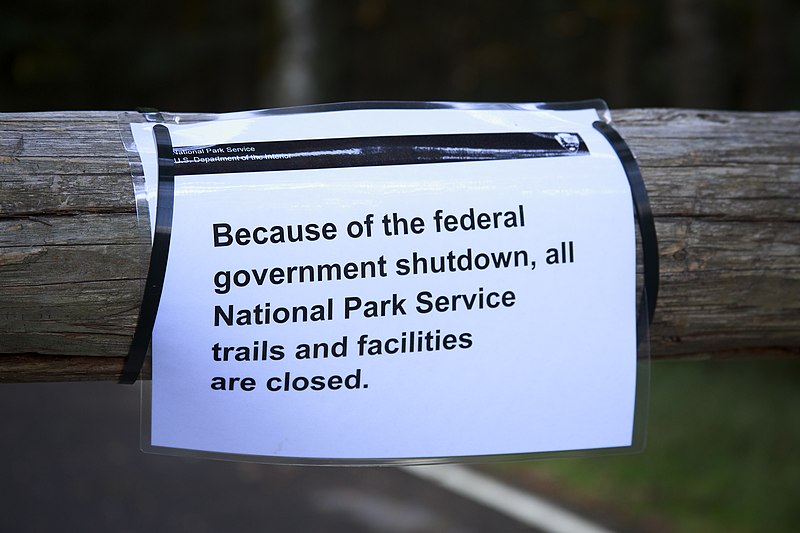 On January 1, 2019, Washington, D.C. became the second major U.S. city to ban plastic straws in restaurants and other businesses. Businesses have until July to make the change before any fines kick in. Possible alternatives to plastic straws include hay straws, paper straws and reusable straws. Americans use and toss between 170 million and 500 million straws each day. Worldwide, it is estimated that straws account for 4 percent of plastic pollution found in the oceans by volume. D.C.’s straw ban was passed in 2014 as part of the same legislation that banned Styrofoam food containers but has not been enforced until now. Seattle was the first major U.S. city to ban plastic straws back in mid 2018.

National Parks across the country have taken a hard hit during the government shutdown, reporting overflowing garbage cans, near-capacity pit toilets, and bad behavior from visitors who are bringing in dogs and drones and off-roading vehicles. Although visitor’s centers are closed, ranger programs are cancelled, and staffing is down to a skeleton crew, park gates remain open—free of charge—and people are flooding into the parks. By some estimates, 27 million tons of garbage has been brought into the parks since the shutdown. In some cases, volunteers have stepped up to remove trash and try to keep the parks clean. In the past, parks closed entirely during government shutdowns. The decision to keep parks open is part of a contingency plan put into place last year allowing a small staff to stay on the payroll.

Just minutes into the New Year, NASA’s New Horizons spacecraft made it closest approach to a small, icy world nicknamed Ultima Thule, 4 billion miles away. It’s the most distant object visited by humankind and in the days and months to come, scientists expect to receive pictures and scientific data beamed back to earth by New Horizons. Scientists think that Ultima Thule may be unchanged from the solar system’s early days, and that data collected about the distant world could lead to new discoveries about the origin of the sun and planets. Scientists will now begin counting craters, mapping the surface, looking for moons and rings around Ultima Thule and identifying materials on the surface. By doing this work, they hope to gain a better understanding of the thousands of small bodies in the Kuiper belt, a region beyond Neptune littered with icy debris.