Corndawg Can Do it All: Sing country songs, make leather wallets, run marathons.

With a stage name like Jonny Corndawg, you might think the storytelling country troubadour is looking to parody a genre many feel has gone wrong. But Corndawg (real name Jonny Fritz) is actually quite serious about his craft, reviving the vintage sound of revered idols like Waylon Jennings and Billy Joe Shaver with his own lyrical perspective.

The multi-talented tunesmith has practically lived on the road for the past decade, though he now holds part-time residences in both Nashville and Brooklyn. In the past few years, his authentic sound with a quirky edge has found favor with a number of alt-country, new school Americana, and indie rock bands, which has resulted in Corndawg touring for extended periods with the likes of Jason Isbell, Deer Tick, Dawes, the Whigs, and Futurebirds.

“I’ve been on the road for so long, I don’t really feel like I live anywhere,” Corndawg says. “Fortunately, being on the road feels right at home.” 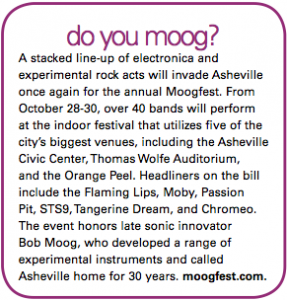 He did find time to settle down in Nashville long enough to make his new record, “Down on the Bikini Line,” released just last month on his own Nasty Memories Records. Sonically, the album reflects Corndawg’s love of Music City’s storied history. With an all-star backing band, his tunes are filled with hyperactive roadhouse rock riffs, dusty pedal steel licks, and timeless fiddle runs. Much of the album features back-up vocals from Tennessee songstress Caitlin Rose.

While making the record, Corndawg went to the Country Music Hall of Fame and Museum four times a week to learn more about his idols and soak in the sounds of the past.

“Nashville is the absolute mecca of everything that I care about, musically,” he says. “I didn’t want to break into the scene and become the new artist in town. I just wanted to use the city as an educational tool to develop my craft. This record is the product of that.

“Conceptually, this album was a dream come true. I wanted to find some really good studio musicians and write a record in that classic Nashville way. I put everything I had into it.”

Corndawg grew up in the small Central Virginia town of Esmont, about 20 miles south of Charlottesville. He learned about music at an early age from his father, an experienced luthier who makes guitars and banjos. His dad turned him on to country and bluegrass heroes like Guy Clark, Jerry Jeff Walker, and John Hartford, songwriters with wry wit who were never afraid to embrace the obscure and buck the mainstream.