NewswireThe Wild River of the South: Celebrate the Chattooga and the Wild...

The Wild River of the South: Celebrate the Chattooga and the Wild & Scenic River Act’s 50th Anniversary

Perhaps the most iconic wild river of the South is the Chattooga. It’s one of a select few Wild & Scenic Rivers designated by Congress as one of the longest and most pristine wild rivers in the Southeast.

On Friday, May 11th, the Chattooga Conservancy, a non-profit organization whose mission is to ensure protection for the Chattooga River watershed, will hold a fundraiser at The Block off Biltmore in Asheville, NC, to celebrate the 50th anniversary of the Wild and Scenic Rivers Act. The event will take place from 6:30-9PM and will feature a guest speaker, live music, food and silent auction items. Non-alcoholic and alcoholic drinks will be available at the bar. Tickets for the event can be purchased in advance at www.chattoogariver.org 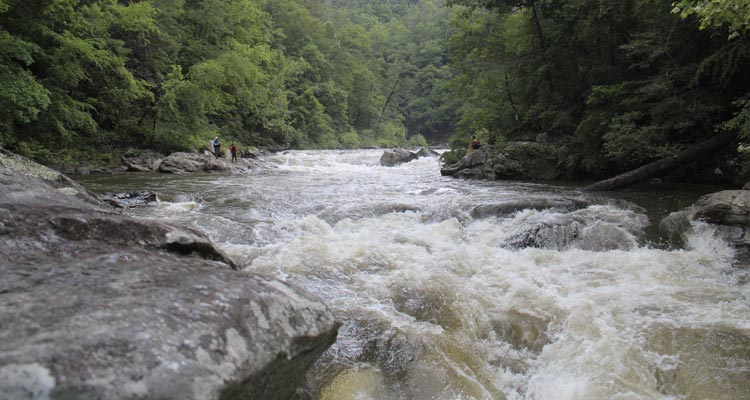 The speaker will be Janisse Ray, author and poet from south Georgia. Her most notable work, Ecology of a Cracker Childhood, has won many awards. Ray has been inducted into the Georgia Writer’s Hall of Fame and was voted one of the top 25 female environmental writers by Outside Magazine.

The music performance will be by Marshall Ballew, singer/songwriter, and multi-instrumentalist from the North Carolina mountains. Through the years Marshall has played with a variety of groups including Radiation Blues Banned, taught dobro and Hawaiian guitar workshops, performed at a number of festivals such as Piccolo Spoleto and Carolina Downhome Blues Festival, and has shared the stage with Jorma Kaukonen, Doc Watson, and many others. Marshall’s performances run the gamut of American musical forms including gospel, jazz, bluegrass, folk, and blues. 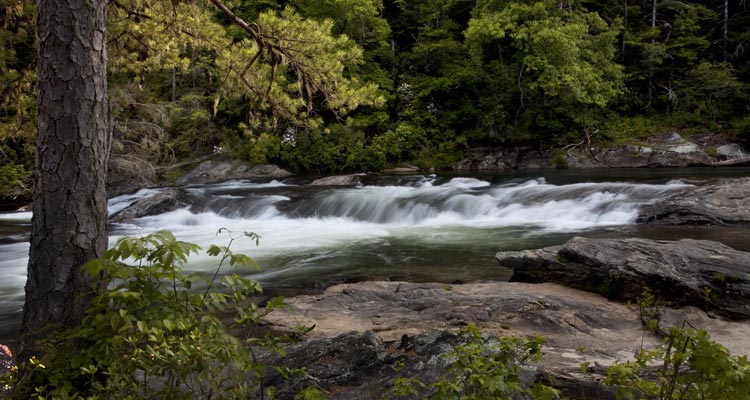 The event venue is THE BLOCK off Biltmore: Where Your Drink Makes a Difference! is Asheville’s first and only vegan, social justice bar and community event space. Started in 2015 by Cam MacQueen, longtime animal rights and social justice activist, the space is modeled loosely after Busboys and Poets in Washington, D.C. Housed in the YMI building, one of the oldest African-American cultural centers in the country, THE BLOCK off Biltmore’s mission is to honor the history of this iconic gathering space by serving as a destination for activists, artists, visionaries, students, educators and progressives of all ages, ethnicities, and economic strata.

The Chattooga Conservancy was founded in 1994 and is the only organization dedicated solely to protecting the magnificent Chattooga River and its watershed. The impetus for their initial work was challenging and stopping the rampant logging of national forest lands in the watershed. One of the most important services provided by the organization is their ongoing role in oversight of the U.S. Forest Service, who manages 70% of the entire watershed. The Chattooga River watershed covers about 200,000 acres and includes portions of three separate national forests: the Nantahala-Pisgah National Forest in western North Carolina; the Chattahoochee National Forest in north Georgia; and, the Sumter National Forest in upstate South Carolina. 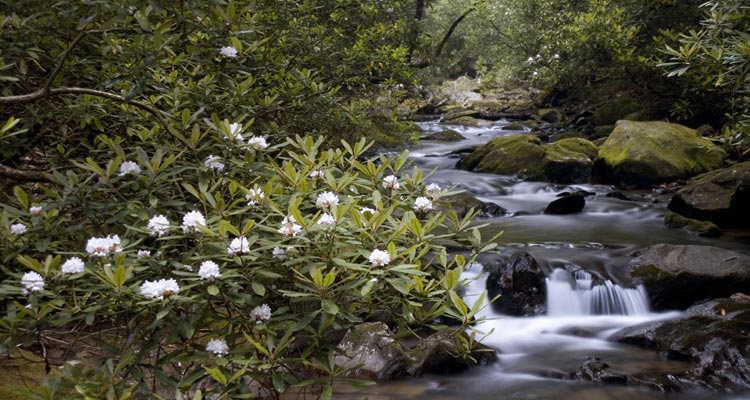 The Chattooga Conservancy is also on the cutting edge of promoting management of national forest lands in the Chattooga River corridor to mitigate and adapt to climate change. The National Wild & Scenic Chattooga River corridor spans over 57 miles in Georgia, South Carolina and North Carolina, and is widely recognized as one of the most important links in a network of connected, permanently protected lands that could be managed to facilitate the migration of plant and animal species, as our climate changes as a result of global warming. Protecting the natural ecological integrity of the Chattooga River watershed is extremely important to preserve biological diversity, which is the key to perpetuating essential life support systems including clean water and air, and the intricate tapestry of life that is so essential to human existence.

Tickets for the event can be purchased in advance at www.chattoogariver.org The cost for the fundraiser is $25 per person.