Wild and Scenic: 7 Protected Rivers and their Perks

The National Wild and Scenic Rivers System was created in 1968 to preserve rivers with outstanding natural, cultural, and recreational values in free-flowing condition. To be considered a river must be free-flowing and have a least one aspect that is considered to be “outstandingly remarkable,” i.e. of importance to the region or nation. Rivers are classified as wild, scenic, or recreational and often a combination of the three. As of 2014, 12,709 miles of 208 rivers are protected under the National System. Here are a few of our favorite wild and scenic rivers in the Southeast and mid-Atlantic.

The long, hot summers of Alabama make it difficult for trout to survive in most rivers in the state. However, near the northwestern corner of Alabama the Warrior River runs cool year-round, providing a suitable habitat for rainbow trout. Designated a wild and scenic river in 1988, Sipsey Fork of the Warrior River is home to Alabama’s only year-round trout fishing. Every month of the year the Alabama Wildlife and Freshwater Fisheries Division (WFF) stocks about 3,000 rainbow trout, which are released near Smith Lake dam. Take a day to fly fish on the banks of the Warrior River, being sure to check the generation schedule of the dam beforehand. Water rises quickly and is slow to fall following power generation.

In 1974, the Chattooga became the first river east of the Mississippi to be designated as wild and scenic, and it’s still one of the few remaining free-flowing rivers in the Southeast. The Chattooga begins in North Carolina and winds down to Lake Tugaloo which lies on the border of South Carolina and Georgia. A quarter mile protected corridor lies on both sides of the river, making it inaccessible by car. The undeveloped shores and dense forest provide a tranquil setting for a float down the river.

Perhaps you’ve seen this area before in the 1972 movie Deliverance. While you can expect fewer hillbillies, the scenery and primitive ambience has not changed. Other than being a backdrop in Deliverance, the Chattooga is well-known for its excellent rafting. It is the only wild and scenic river that is commercially rafted and sports Class II-V rapids. A day trip (5-6 hours) will run you around $100 with the Nantahala Outdoor Center. Minimum age to raft on these waters is 8 years, or 13 on the more advanced section of the river.

North Carolina has 144.5 miles of river designated as wild and scenic. Eighty-one of those miles are on the Lumber River, a waterway with a rich history and a significant number of rare plant and animal species. Numerous archaeological sites have been identified along the river, spanning four historical periods. The Lumber River was designated as wild and scenic in 1998, and has five different categories that are “outstandingly remarkable”—recreation, fish, wildlife, scenery, and botany. The most popular activities in the area are fishing and canoeing. The river travels through two physiographic regions, providing a variety of distinct settings for a multiple day canoeing venture. Trips can vary from a couple of hours to a couple of days. There are 24 access points along the river for a put in, making it easy to vary the length of a trip. The water is smooth and will make for a relaxing day or weekend of paddling.

The Obed River lies a little over an hour west of Knoxville, Tennessee. Dedicated in 1976, this river cuts below high cliffs that are popular among the rock climbing crowd. With gorges 500-feet deep and mid-range rapids, the Obed River is a destination for those looking for adventure. Climbing routes reach lengths of 200 feet and traverse challenging sandstone bluffs. Over 300 routes are offered, ranging from moderate to difficult, and the whitewater rapids range from Class II to Class IV. On a good day, boaters can float below climbers hanging high overhead on the cliffs. For more information, see https://www.nps.gov/obed/index.htm.

The Red River is a waterway in eastern Kentucky that was designated as wild and scenic in 1993. The area was designated as a Natural Historic Landmark because of the prehistoric and historic sites found around the river. More than 70 species of fish and 16 mussels inhabit the Red River, and the surrounding cliffs are the only home of the white-haired goldenrod, a rare flowering plant. While the river is usually too low for canoeing or kayaking, the corridor surrounding the Red River is a hot spot for hikers and rock climbers.

The Red River Gorge is packed with rock shelters, boulders, and natural stone arches. “The Red,” as many climbers refer to the gorge, is considered one of the top 10 climbing destinations in the world by many because of its 2,000 climbing routes and the easy trails that lead to them. For a plethora of information about the climbing routes and where to find then, check out www.redrivergorgeclimbing.com

Ten miles of river were designated as wild and scenic in southern West Virginia in 1988. This stretch of water is the Bluestone River, which flows through an 800-feet deep gorge and offers warm water fishing. Dubbed “Momongosenka” (Big Stone River) by the Native Americans for its boulder-rich lower gorge, the river was later renamed “Bluestone” after the blue limestone in the streambed. The water in the Bluestone is frequently too low to canoe, and isn’t a ride for thrill-seekers, but can be a nice place to swim in the summertime. Much of the land surrounding the river is part of the Bluestone Wildlife Management Area, which provides hunting opportunities and is known for its wild turkey population. Camping and fires are not permitted around the Bluestone National Scenic River. 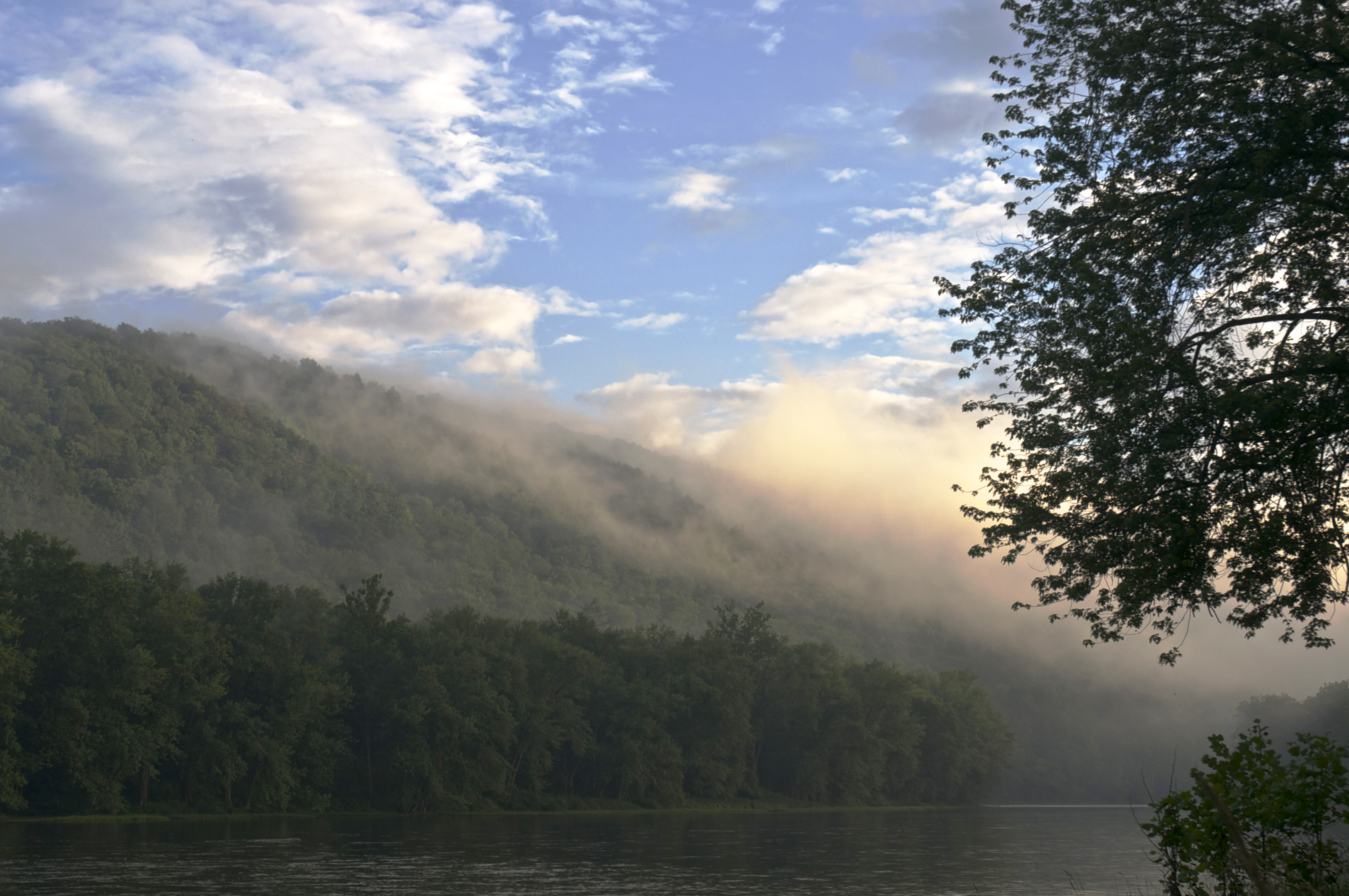 Pennsylvania has designated 409.3 miles of river as wild and scenic, 86.6 miles of which are part of the Allegheny River. This section of river was designated in 1992 and flows through both rural farmlands and wild forest, providing a diverse mix of scenery for boaters. This river is a nice place for family outings because of its easy access and few hazards. For a relaxing drive, try taking the 36-mile Longhouse National Scenic Byway. This byway circles the Kinzua Creek arm of the Allegheny Reservoir and passes through the Allegheny National Forest. Along the ride you will hit a campground, hiking trails and a boat launch, all of which should be enough to occupy the kids for the weekend.