In a world where every music festival is starting to look the same, Lockn’ has found its niche. Now in its 6th year, the Lockn’ festival focuses their energy on world-class music, a safe and friendly atmosphere, local vendors and community engagement. The 4-day festival takes place right in the heart of the Blue Ridge Mountains and is everything an old-fashion east coast festival should be. 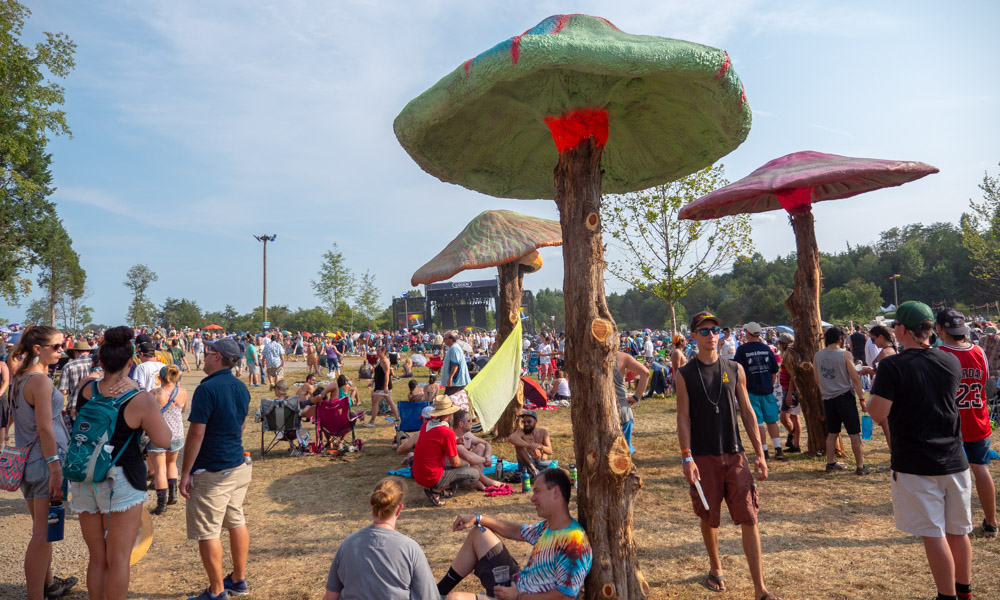 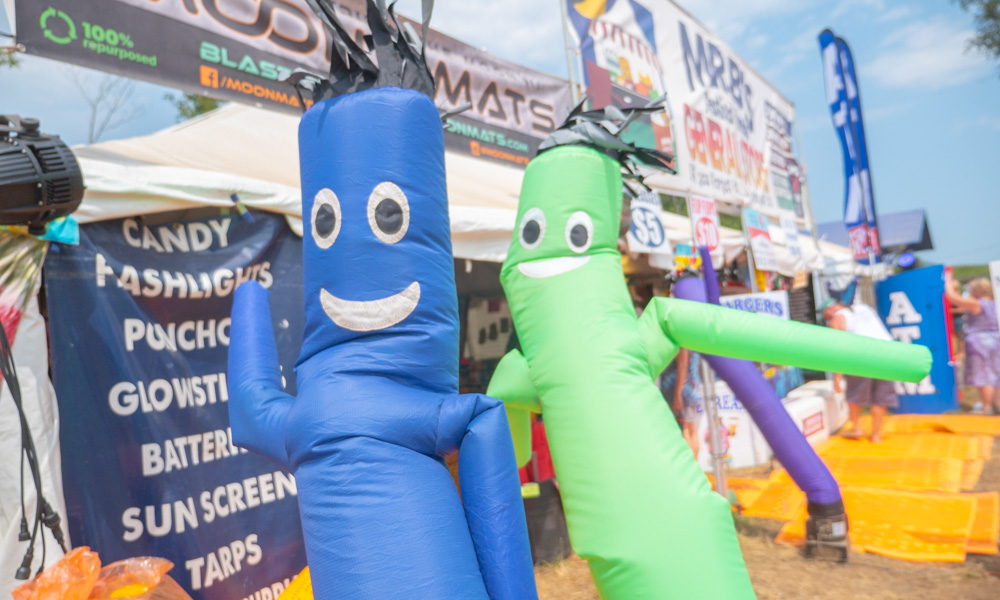 The thing that makes Lockn’ so unique is that despite having an extensive lineup – there is essentially only one stage. When one band finishes their final song, the stage literally rotates around and the next band begins to play. Lockn’ even got its name because of these interlocking sets. Aside from eliminating downtime between sets this also offers a great opportunity for two bands to blend their first and last song together with another band. It’s really fun to watch. There is a secondary stage where each night a band plays a late night set after the headliner. There is also a much smaller stage in Garcias Forest. This wooded area near the campground offers early morning and late night sets for those who wish to keep the party going. 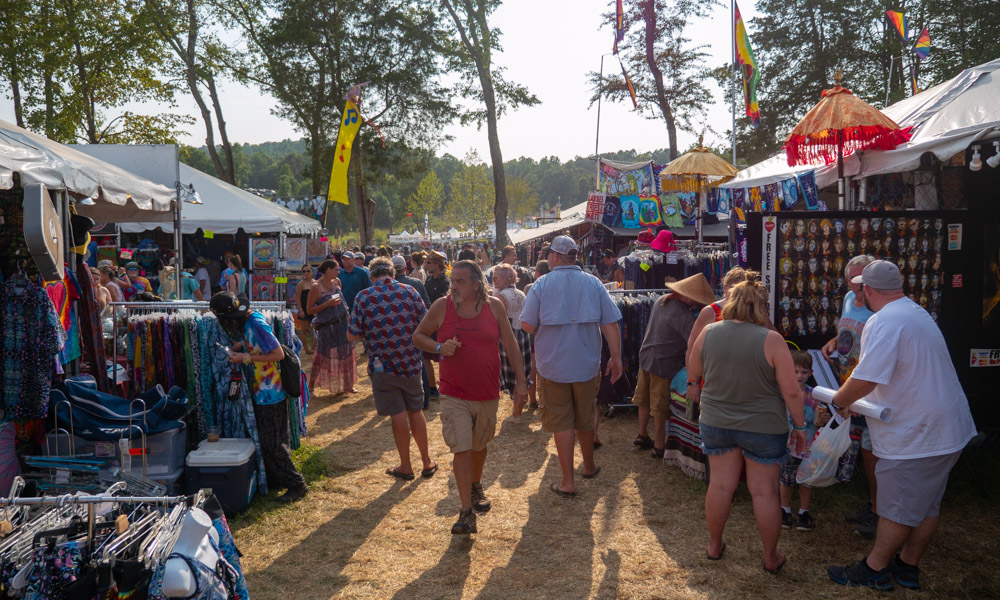 While Lockn’ does have some diversity in its lineup, it is primarily a Grateful Dead influenced jam festival. This year Dead & Co chose Lockn’ to host the conclusion of their summer tour. While we were busy manning our both we watched as people lined up to get a good spot as early as twelve hours before the show. The weekend was full of collaborations between bands and offered a unique opportunity to see some incredible music that you wouldn’t have been able to see anywhere else. 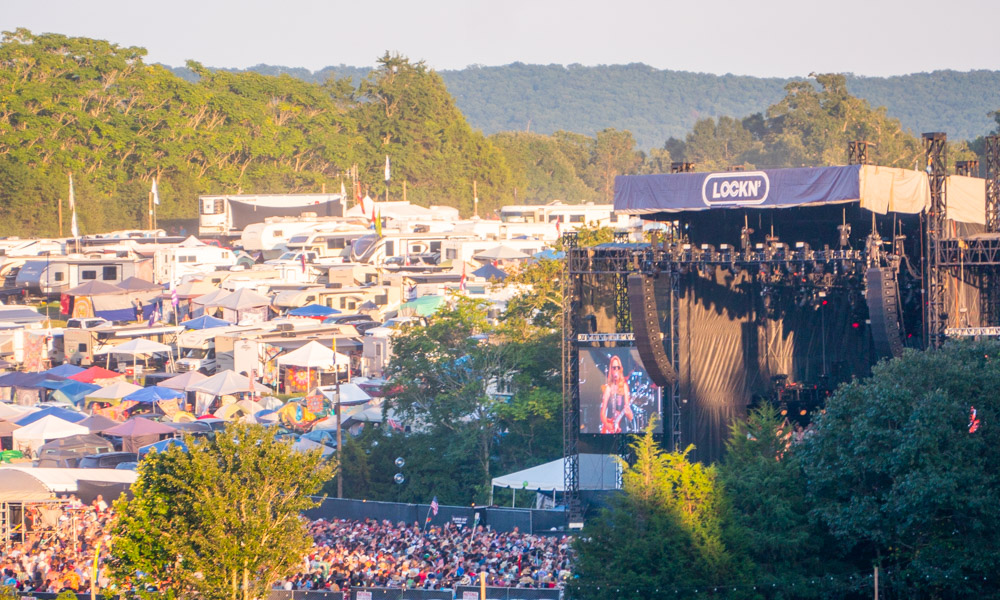 The weather was as expected – fairly hot and humid. However, after the sun went down we were treated to some of that crisp and cool Blue Ridge air that reminded us that Fall is just around the corner.

The festival community is small and the vendor community is ever smaller. With this being our first festival back in the Blue Ridge Territory, it was great to catch up with some old friends and make some plans for the future. While life on the road isn’t perfect – it does offer a sense of community where ever you travel. 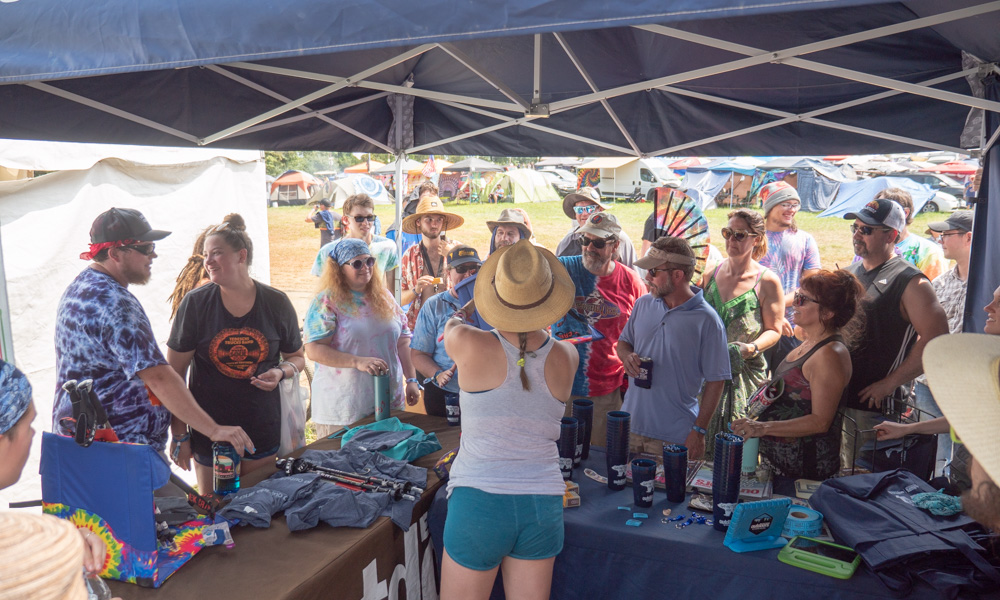 Next up we’re headed to the Gauley! Gauley Festis American Whitewater’s largest event.  It takes places in Summersville, West Virginia and coincides with the dam releases that the whitewater community waits for every year. See you there!

There is one way for this tour to be a reality, our sponsors! Sending a thank you shout out to our title sponsor Nite Ize, and all of our other awesome sponsors that make this happen: Crazy Creek, National Geographic, Sea to Summit, Mountain House, Lowe Alpine, Old Town, Leki, HydraPak, UCO Gear and Wenzel. If you like the gear that keeps us groovin’ click here to enter for a chance to win