A Good Kind of Crazy

I’ve finally realized that I am 100% living out of a vehicle. I don’t know why it took me so long to come to this acceptance. I’ve been planning this project for eight months, but even as I was packing my things in boxes and donating most of my clothes and saying farewells and telling people about my upcoming plans, it still didn’t feel real. But as I was standing in the parking lot of Wilson’s Waterfront RV Park last night, staring at my little Go tucked neatly into a row of towering RVs and shiny Airstreams, reality hit.

I’m going to live out of that, for a whole year? There must be some misunderstanding. 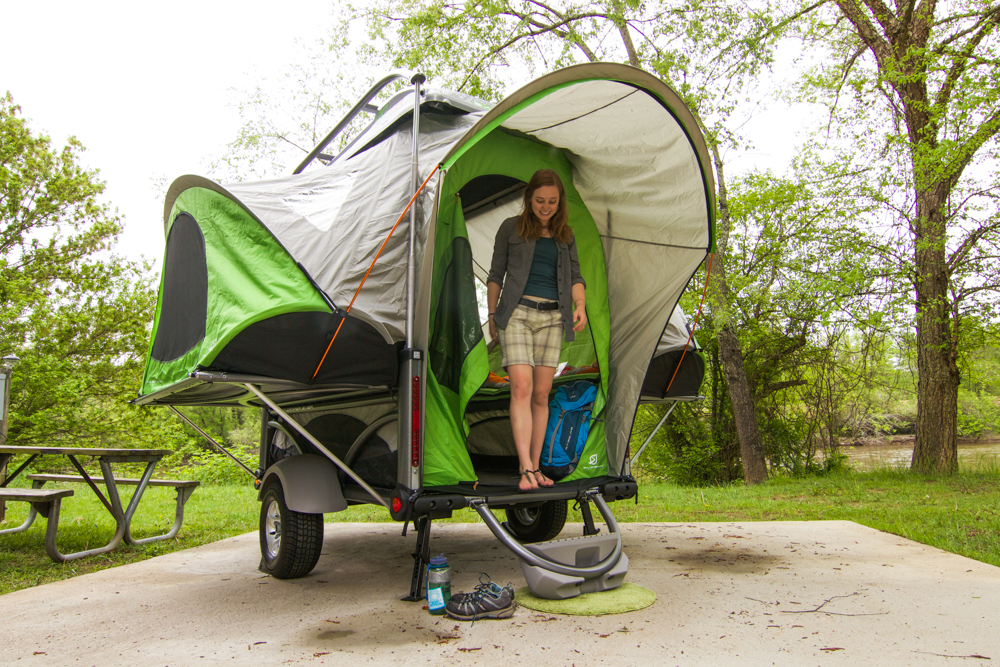 All at once, I felt the strangest combination of borderline panic and utter amusement, the latter which ultimately prevailed. I started laughing, quietly at first then hysterically doubled-over, eyes watering, smile straining. Hell yes I’m going to live out of that thing! Sure, I wasn’t going to have a reliable shower source or a kitchen or a comfy couch to sink into, but those are luxury items, not necessities.

A quarter the size of most campers, my little lime green contraption might look like just a glorified tent-on-wheels, but it’s so much more than that: utility trailer, camper, ultimate shuttle accessory. It’s awesome. But the Go looked so comical parked there at Wilson’s. I couldn’t help but laugh. Surrounded by two-bedroom, $100,000 house-on-wheel-monstrosities that glowed in the dark with their lamps and their televisions and their Christmas light-covered awnings, my little all-around camper resembled more of a child’s playhouse than my new home.

When my fit of giggles had finally passed, I looked up to see an elderly man peering out of his fatigue-patterned camper. I’m sure he thought I was nuts 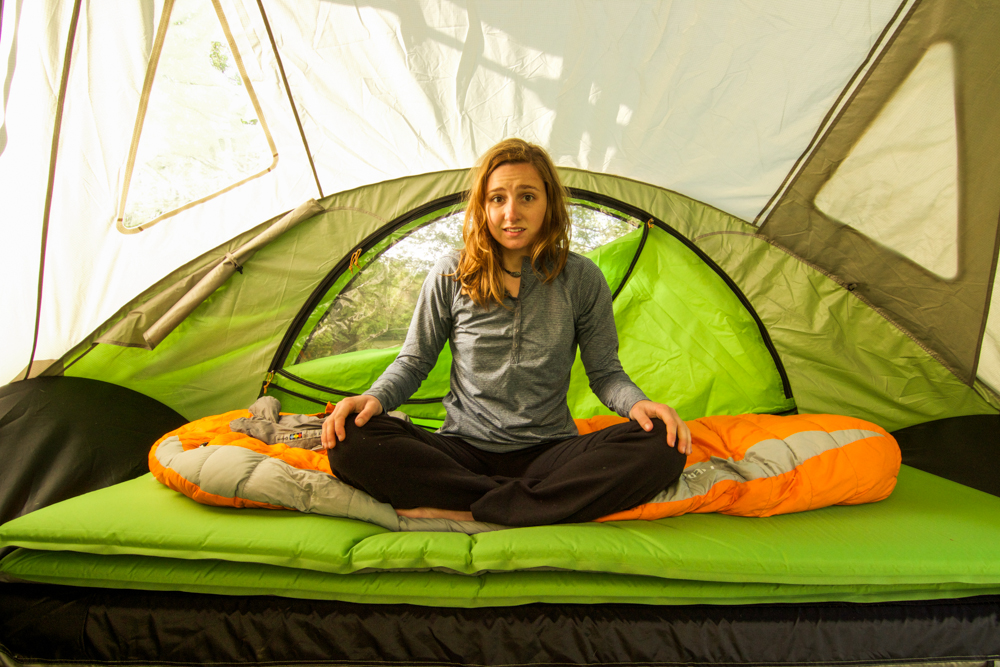 The truth is, I am a little crazy. Adversity has become a familiar face to me. I crave challenge. I seek it out. Although the life of a travel editor may seem like a vacation to some, it’s not nearly as glamorous behind the scenes: long, lonely, sometimes painfully boring hours at the wheel; absurd writing spurts at 3a.m.; minimal hours of sleep; four-too-many cups of coffee; looming deadlines … You get the picture.

Oftentimes, though, it is through those downright uncomfortable moments, those times when I’m half-starved, half-asleep, fueled by coffee and too stubborn to admit defeat that the most memorable instances occur ­– a private viewing of a perfect sunrise, a kind stranger who welcomes me with open arms and open doors, the first peeps of spring glowing in the late afternoon sun. It’s those moments of magic that breathe the life back into me. It’s the people I meet and the places I go, the adventures I have and the sights I see. Those are the things that inspire my work and compel me to tell their stories.

So yes, perhaps living on the road for one year is a little crazy. But truth be told, I think it’s a good kind of crazy, and we could all use a little bit of that in our lives.