Fair Winds Brewing Company is a national & state award winning brewery located in Lorton, VA. The brewery is conveniently situated right off of the I-95 expressway. It makes for a great pit stop on the way home from work to get off the road and wait out the traffic. Fair Winds became Fairfax County’s first large production facility in 2015. Coming in at 13,000 square feet, the space features a 30 barrel brew house and expansive taproom. 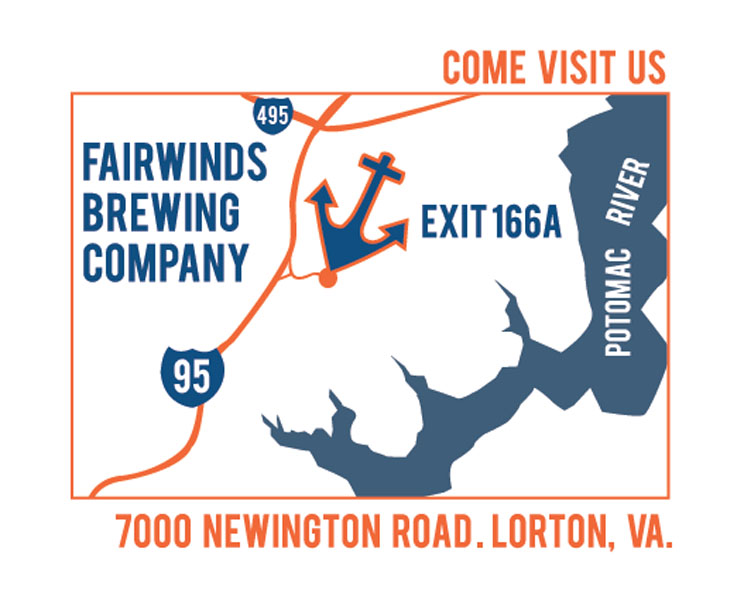 The taproom is open 7 days a week with food trucks on-site Tuesday thru Sunday. Monthly events are held in the taproom, including exclusive beer tappings, yoga in the brewery, paint nights, live music and weekly trivia. 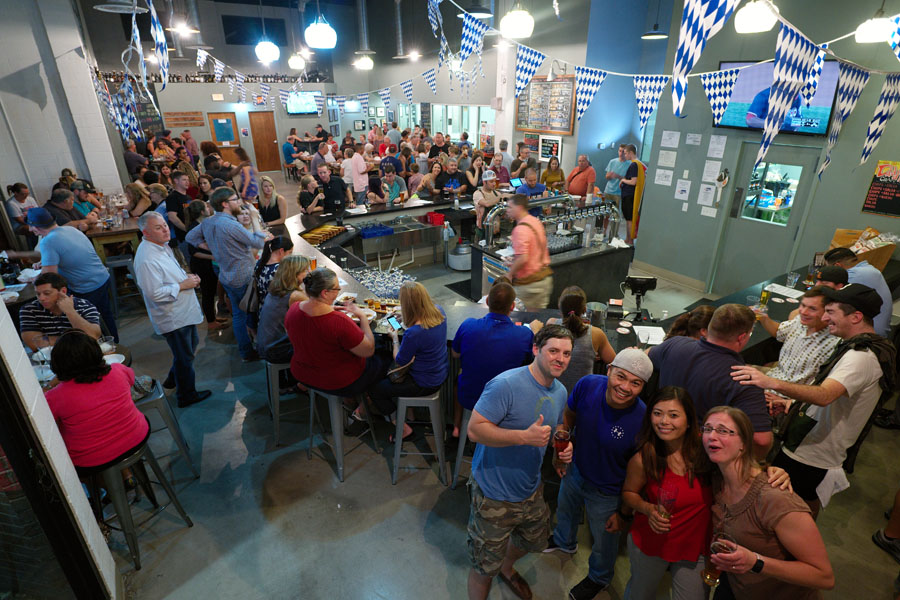 During the summer months, a fan favorite are the seafood boils; a portion of ticket sales are donated to surrounding local charities that support veterans. There is always something going on in the taproom and it makes for a great event space! If you’re interested in learning more about the booking process please click here! 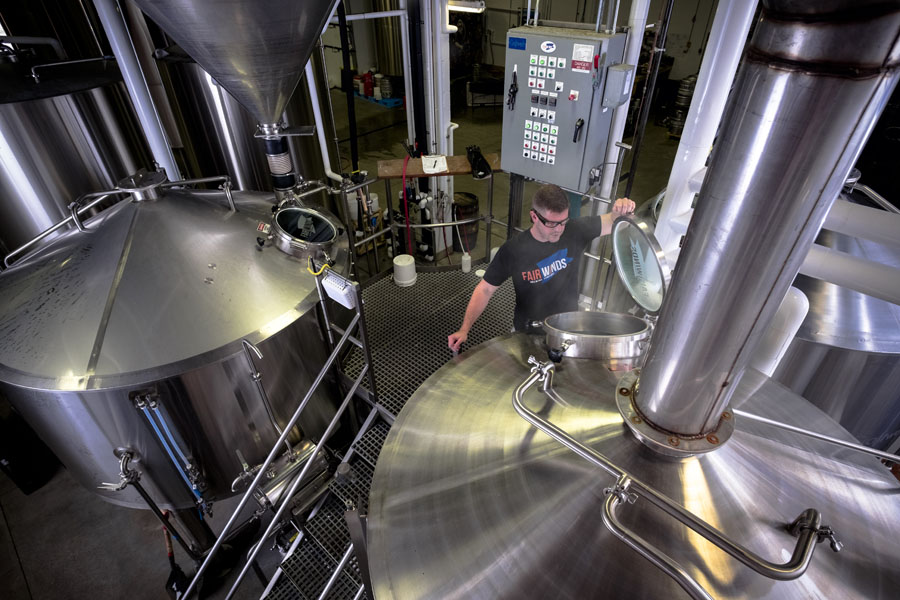 Located in proximity to the Potomac River, Fair Winds is a  popular location for boaters and fishermen to grab a six pack and/or a growler fill before they head out to the water. The brewery is visited by hikers, bikers, and runners who are using the trails nearby. The convenient location is a huge asset and helps to engage the community and sports clubs, such as the NOVA Disc Golf Club. 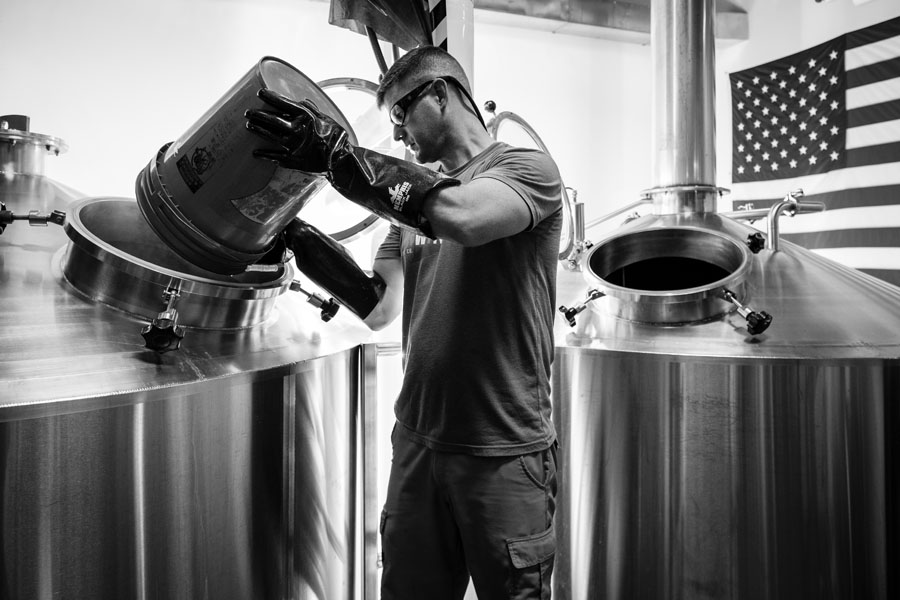 2017 proved to be a great year for the brewery! Fair Winds collected some new hardware from the Virginia State Brewer’s Guild, won back-to-back Reader’s Choice Best Local Brewery in the Washington City Paper and announced it’s state-wide distribution in August 2017. State-wide distribution put a large demand for the packaging of their core beers in cans, but the taproom is consistently stocked with fresh six packs; which are also available for purchase in grocery stores, 7-Elevens, and even Amazon Fresh & Amazon Prime Now. 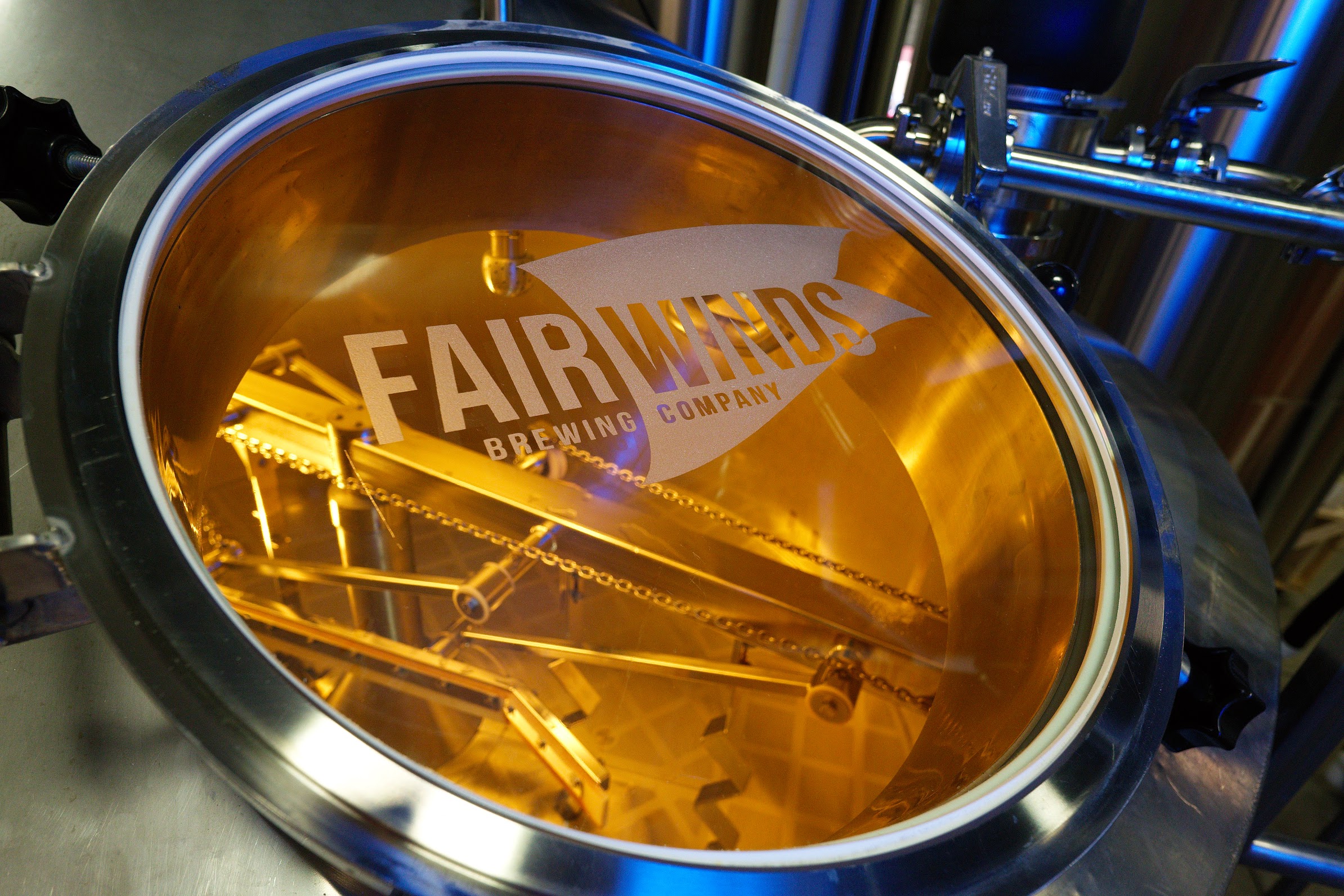 Fair Winds will be celebrating it’s third anniversary this upcoming March with the 2018 release of All Hands Barleywine. Be sure to check their social media for upcoming details about the Anniversary party!