Over the last ten years, Bristol (TN/VA) has become one of my favorite places in the world. Long regarded as the center of the country music world, Bristol is home to my favorite music festival – Bristol Rhythm & Roots Reunion – and some of the best mountain music you’ll find this side of the Blue Ridge.

It’s been a while since the Trail Mix blog has featured an artist and the Our Town format.  When I found out that Bristol troubadour J.P. Parsons was releasing a record, though, it was a no brainer.  We are featuring “We Were Once Heroes,” a track Parsons cut with his latest project, The American Bandwagon, for the band’s recent release, Until This Day Is Done.

Blessed with a raspy growl reminiscent of Steve Earle or Chris Knight, Parsons has been honing his songwriting craft in and around the Bristol area for fifteen years.  An avid supporter of the local scene, Parsons has hosted songwriter showcases, performed with a number of bands – including Hundred Acres, another local favorite – and is a regularly featured local artist at the Bristol Rhythm & Roots Reunion.

Trail Mix caught up with Parsons to chat about Bristol, his hometown. Considering that Bristol was named by this here magazine as the Best Music Town in the Blue Ridge, these places, along with many others, would be worth checking out the next time you buzz down through Southwest Virginia and Northeast Tennessee.

JP – Steve Gilbert.  Steve has a fantastic neo-Townes van Zandt meets a punk rock Bruce Springsteen style.  And not only does Steve play in multiple projects, he is also CEO of Self-Destruct Buttons . . . . and he’s my neighbor.

JP – The Pickin’ Porch, which is located in the Event Foundation at 620 State Street.  It’s a weekly two hour bluegrass and old time music show featuring some of the best musicians in the region.  The Mountain Music Museum is also right next door.

JP – O’Mainnin’s Pub & Grille, right here on State Street.  It’s dark, smoky, and rowdy, with a fantastic outdoor stage during the summer and fall.  I did my first album release there.  The owner, Dave Manning, is a big – if not the biggest – supporter of local original music in Bristol.

BRO – Interesting tidbit about Bristol that an out-of-towner should know?

JP – The most recognizable landmark in Bristol, the Bristol Sign, was originally erected on top of the Interstate Hardware Company building on the Tennessee side of State Street in 1910.  The original slogan said, “Push! That’s Bristol!”  Sometimes, the bulbs would burn out and it would read “Pu  !  That’s Bristol!” or “  sh! That’s Bristol.”

J.P. Parsons will be out and about with his guitar on Thursday, August 7, at the aforementioned O’Mainnin’s Pub & Grille in Bristol.  He will be at the Holston River Brewing Company, also in Bristol, on Friday, August 15, and at the Sleepy Owl Brewery in Kingsport, Tennessee, on Saturday, August 16.

For more information on J.P. Parsons & The American Bandwagon, surf over to www.reverbnation.com/jpparsons. 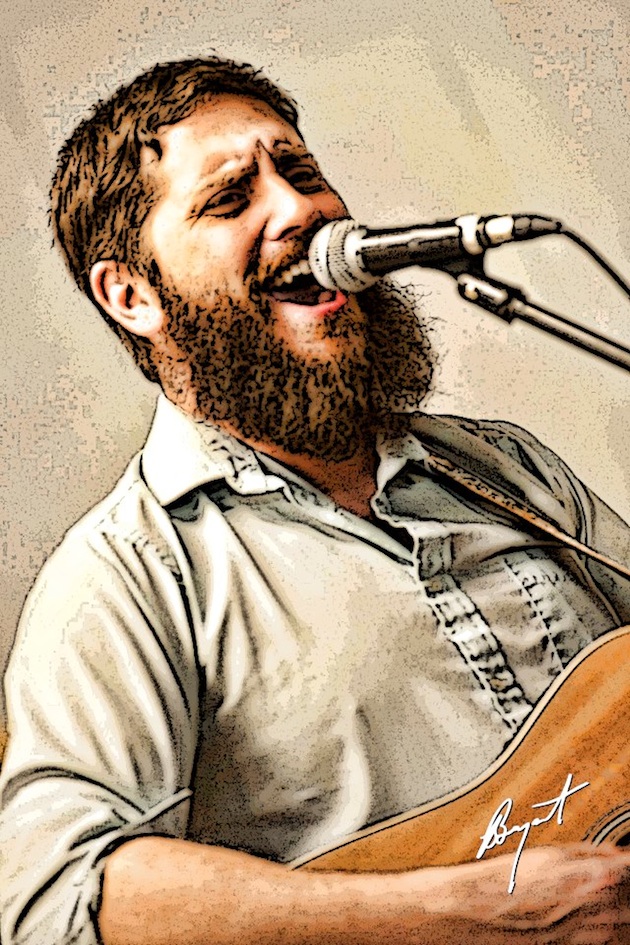