Trail Mix: Jonathon Linaberry, aka The Bones of J.R. Jones, Releases ‘Dark Was The Yearling’

There are days when I think it would be cool to step outside myself, to take a few minutes or hours and just become someone else.  New York musician Jonathon Linaberry feels the same way.  In fact, he has gone so far as to create a fictitious persona, J.R. Jones, through which he channels the spirits of early Americana roots players to create beautifully dark, moody and bluesy folk music.

Linaberry, under the moniker The Bones of J.R. Jones, has just released, Dark Was The Yearling, his first full length record.  It is outstanding.  Drawing from a wellspring that includes blues luminaries like R.L. Burnside, Lightnin’ Hopkins, and Blind Lemon Jefferson, and old time favorites like The Carter Family, Dark Was The Yearling represents a sonic collision between the age old worlds of roots music.  Banjo driven tunes like “St. James Bed” rest side by side with acoustic gems like “The Plan” and the electrified grit of “Fury of the Light.”  This collection, like the spirit of J.R. Jones, feels old, like it was pulled, after being long forgotten or ignored, from a dusty shelf instead of cut in the digital age.  For those less interested in digital slickness, it’s a sound that definitely works.

Dark Was The Yearling marks The Bones of J.R. Jones as a new voice resonating with the heaviest timbre of old time Americana.

I recently caught up with Jonathon Linaberry to chat about old heroes, playing in a one man band, and whether J.R. Jones prefers beer or whiskey.

BRO –  Tell me more about J.R. Jones.  Would I like to sit down and have a beer with him?  Maybe a whiskey?

JL – Depends on if you are buying or not.  Honestly, he’s not picky.  If it’s wet, he will probably drink it.  He could chat mostly about anything, but I think if you really want to get to know him, I don’t think talking about his music is a good approach.  At least at first.  He tends to be a little tight lipped about all of that.

BRO – The best part about being in a one man band?

JL – I suppose it is the fact that I know exactly what to expect.  I can rely solely on myself, which makes things less complicated.  Generally, less complicated means less stress, which makes this whole thing a little more enjoyable.  It can be easy to travel, too, which works well for me.  All I need is a sleeping bag, guitar, and my kit.

BRO – The worst part about being in a one man band?

JL – I could say the worst part about all of this is the same as the best part.  It depends on my mood.  Flying solo, for all its freedom, can be overwhelming.  Mostly because when things go bad, there is only one person to blame.

BRO – We are running “Good Friend of Mine” on Trail Mix this month.  What is the story behind the song?

JL – That song went through a lot of transitions.  It took me a while to figure out what it was about.  I think I decided it’s about being so hopefully gone for a girl that, in a way, she is killing you.  It’s so bad that even the voice of the devil in you is the voice of reason.  I hope that makes sense.

BRO – You draw inspiration from some of the early Americana and blues greats.  If you could jam or hang out with one of your long gone musical heroes, who would it be?  What might you talk about?

JL – Oh, man.  There are so many.  If I had to choose, maybe Skip James of Son House.  To be honest, I don’t think I would have much to say to them.  I’d just want to hear them.  What I love about them is the pain and passion they put into their songs.  And to be able to hear that live . . . . I think it would be soul quaking.

You can catch Jonathon Linaberry, as The Bones of J.R. Jones, on Friday, June 27th, at Pete’s Candy Store in Brooklyn, New York.  His calendar shows more  upcoming dates in New York and Maryland.  Stay tuned to www.the-wildness.com for more show dates and information on how you can grab a copy of Dark Was The Yearling, the brand new record.

Speaking of that new record, Trail Mix would like to give you a shot at getting a signed copy for free.  Here’s what you need to do.  Shoot an email to [email protected] and answer the last question from up above – If you could jam or hang out with one of your long gone musical heroes, who would it be?

We’ll pick a cool entry from all of the responses we receive by noon tomorrow (Thursday, June 26th) and get that lucky winner a copy of the record. 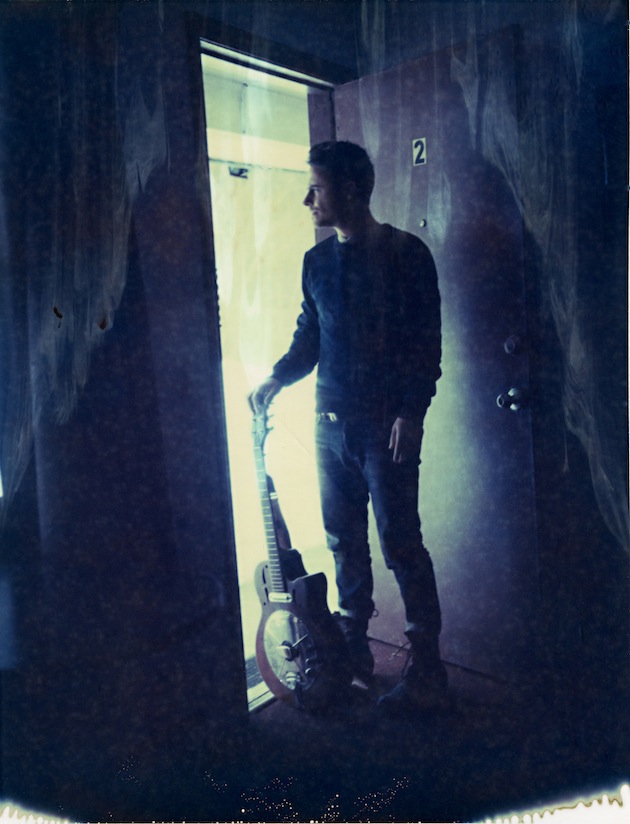