Magnets are polarizing in their ability to attract and repel. Mostly they attract but it isn’t easy to explain how they come about their allure.

Dr. Allen Lim, the personality and scientist behind the drink mix Skratch Labs and famous nutritionist and coach to cyclists both clean and dirty, is a magnet.

He mostly attracts, although he’s had his fair share of repels as well, and his charisma is such that it leaves some wondering just what they like so much about the guy.

Spending time around Lim is an honor and a treat – especially if you love cycling stories and geeky stuff like chatting about the salt content of energy drinks. While Floyd Landis and Lance Armstrong may have sought him out for his expertise in integrative physiology (in fact, Lim helped pioneer some of the science behind the energy one generates on a bike, which is why he was first set up with Landis through a Power Tap connection) it is easy to see how they wanted to continue with Dr. Lim because of his sheer entertainment and reassuring continence.

He’s the kind of guy who will take the time to share his informed opinion and explain exactly why he is advising you that way, doing so in plain language or, if it requires some hard science, a clear manner that includes colorful similes and metaphors. And, he’ll have you in stitches due to the heavy dose of humor that is sure to accompany the explication. 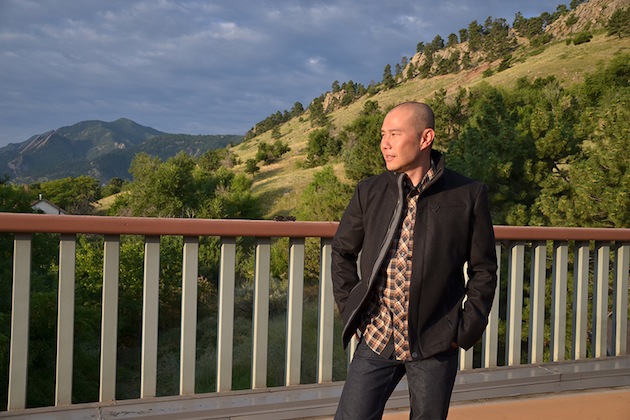 Lim is also known for his partnership with chef Biju Thomas and their “Feed Zone” and “Feed Zone Portables” cookbooks. Both authors have strong backgrounds in science and food preparation but as much as their nutritional advice is about better fuel for achieving maximum athletic performance, it really boils down to preparing good food with care and as few ingredients as possible. And that is the story of Skratch Labs, short and sweet.

The often-misperceived Lim is a first-generation Chinese American who was born in the Philippines and raised in California, where he became enamored with cycling at a young age. Part of Lim’s focus on pure food may come from his past connections to admitted dopers. While that doesn’t strike one as savory as a Feed Zone sushi rice and soy sauce portable, the facts are otherwise: Lim was actually involved in the early days of forming the biological passport to stop dopers of all sports and helped Team Garmin to some of their success as the team known for its clean riding.

And just as Skratch Labs is Lim’s way of giving the finger to sports drinks like Gatorade and Powerade, his sense of irreverence thrives. It comes out in the fact that he started his company from scratch, and that Skratch Labs has turned down offers from larger companies looking to acquire such an attractive young and sexy company.

Lim is more intrigued by what he can do, both personally and as a business owner. He likes to have fun, to learn, to ride bikes, take naps, to share and to pursue innovation.

And, as you can probably tell, he has quite the sense of style and flare; which, of course, is a big part of his (surprisingly unattached) magnetism.