It was my third strike. Whiffing my oversized, bulky aluminum bat, I was already walking away from the plate. But my Little League coach, acting as full time pitcher, kept the ball coming. Parents initially roared with extra encouragement, but 7 or 8 misses later, one overly rowdy dad yelled, “Bring him the tee!” Self esteem? Who needs it?

So they brought out the tee. And this time my bat made contact…with the rubber neck. The catcher shuffled, kicked the ball, and looked the other way. I didn’t bother running to first base. My spot on the bench looked rather comforting.

And that’s how I found cycling.

I enjoyed riding my mini six-speed Giant so much that I would take an hour riding all over town before the game, and I would pedal with friends until dark. It wasn’t until I was 13 that my hobby riding would turn into racing.

My dad had competed in the beginner categories in college. He followed the pro racing scene and convinced me to give it a shot. I thought spandex, helmets, and skinny tires were downright silly. But he would occasionally check VeloNews and comment on the day’s stage of the Tour (apparently it was this big race in France, where some American was smashing it.) It worked.

Before I knew it, I was lining up for my first ever race. Sporting a baggy James Dean jersey and loose cycling shorts (and underwear, which I discovered was not only uncomfortable but unacceptable), I expected to get crushed. Instead, I quickly gained an early lead. But about a mile from the finish line, my left pedal broke off. I couldn’t figure out how to put the pedal back into the crank  (all left pedals are reverse threaded, I learned after the race). Fed up and frustrated, I decided to pedal with one leg the rest of the way. I was hooked.

Like me, most cyclists fall into the sport by accident. Some find the sport through other endurance events. Runners and rowers suffering from injuries turn to cycling for rehab, find freedom on two wheels, and apply their already competitive drive.

I have yet to meet a bike racer who inherently knew the sport through popular culture and decided to give it a shot. With cycling’s popularity growing exponentially, however, the number of recreational cyclists continues to soar. There are 57 million cyclists in the U.S. Over 95,000 are bike racers. Those who make the transition to racing still have a hard time figuring out the actual steps to become a full-fledged racer.

The 2014 road racing and mountain bike seasons open all across the nation around this time every year.  Every state or region has its own district where racers often compete for not just race wins but series titles and championships. The best part is that there are categories for everyone. Men, women, teenagers, masters, aspiring pros and elite riders all compete in different events on the same day.

To get started, there are various avenues to enter the sport. But there are three major hurdles to overcome: finding a race, getting registered, and joining a club or team. 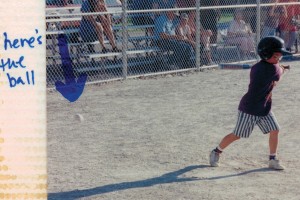 There are two ways to register for an event: in person or in advance. Pre-registration is preferred by promoters and assures you a spot in your category. Beginner categories often fill up, so registering for the race in advance is key. You can sign up and participate in only the categories which you are eligible. For example, if you are a first-time male racer, you will sign up for the Men’s Cat. 5 (the lowest category.) Likewise, first-time women are eligible for the Women’s Cat. 4 events.

The most popular websites used for registration are BikeReg (bikereg.com) and USACycling (usacycling.org). Both options also allow for event search in all regions.

Registration fees generally run 20 to 35 dollars per event. There will be an additional 10 dollar one-day license fee for unlicensed athletes. After you have entered a couple of races and decided that you are hooked, you can purchase a yearly license through USA Cycling. With this license, registering is streamlined and you are now eligible to chase an upgrade.

Though you are not required to join a club, the benefits are immense. Clubs are made up of every level of athlete, from 13-year-old girls to 55-year-old men, all racing in various categories. By joining a club, riders learn from their peers, train together, help promote the team’s events, receive discounts from sponsors, and have travel buddies and teammates on race day.

Finding An Event Near You

Bike racing in the U.S. is governed by USA Cycling. Each region has its own state or area organization. Event dates and times can be found on both the national and local level websites (usacycling.org/events).