A Southern Uprising::Five Bands to Watch

To say that it’s a great time to be a music fan, is most assuredly an understatement of the highest order.  Keeping up with all the new music, emerging bands, upcoming album releases, concert dates, and the like is not just a full-time job it’s actually an impossible task.  So I’m not even going to begin to attempt to try and cover it all, but I’ll try to do my best to stay on top of it.

All across the U.S. you can find any number of great bands and amazing artists who are breaking out of their collective hometowns to find a wider audience all across the country.  For the sake of space and argument I have decided to focus my attention upon five bands doing just that but who are rising up from smallish towns and large cities all located south of The Mason-Dixon Line.  Sure there are many more who deserve to be added to this list, but you gotta start somewhere don’t you? 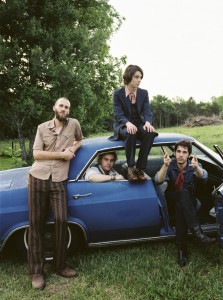 This talented quartet burst on the scene in 2008 after releasing their debut EP Veracruz last October on Dualtone Records.  I recently compared them to both the Stones and the Flying Burrito Brothers and I could have thrown in a little bit of the Black Crowes for good measure as well.  Gritty rock meets country twang and bang and their live show is not to be missed.

Currently touring across the U.S. with Roman Candle here’s hoping The Deep Vibration (whose name was given to them by none other than rock legend Lou Reed!) is on their way to a town near you.  For tour dates and streaming tracks check out the band’s MySpace page. 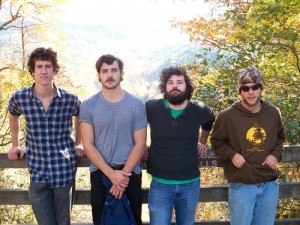 Despite Charlottesville’s relatively small size as cities go, the level of hometown musical talent found here is pretty incredible.  Sure C’ville is famously known for the Dave Matthews Band but we’ve also got The Hackensaw Boys, Old School Freight Train, Paul Curreri, and Sarah White to name just a few.  But of all of the local acts that have caught my attention in the last four or five months, none have impressed me more than 6 Day Bender.

The band released its highly recommended self-titled debut last year and since then they’ve been touring up and down the East Coast.  They’ve also been writing and recording a bunch of new songs that promise to be better than their those on their first record.  “Mountain rock” is the term often used to describe their sound.  Discover it for yourself.  You can listen to streaming tracks at 6 Day Bender’s Official Site.

A Deep South rumble and roar combined with a punk rock flair.  That’s the best description I can give you for this Alabama quintet that deserves a spot alongside such heavyweights as Drive-By Truckers and Bloodkin in terms of talent, energy, and strength of material if we’re talking about true, no fuss, strap yourself in and hold on tight, southern rock.

Dexateens have recorded and released four albums to-date and their most recent, 2008’s Lost and Found, is available as a FREE download.  Set to release a brand new album called Singlewide on May 12th, the Dexateens are about to hit the road for a three week tour of the East Coast and South which begins on May 8th.  Check ’em out!  “Slender Thread” appears on Lost and Found.

From Ramseur Records, the same label that has already given us the Avett Brothers and the everybodyfields, comes Bombadil, a band that I’ve been super-high on since catching them at last year’s FloydFest.  They are pied pipers, a merry band of music makers, and a gypsy parade of indie folk whose reach spans the globe.  Catchy melodies, unforgettable hooks, and an eclectic blend of instruments combine to create a sound that is both unforgettable and uniquely brilliant.

Following up on the success of last year’s A Buzz, A Buzz, the band’s much raved about full-length debut, Bombadil is just a few months away from giving us their follow-up Tarpits and Canyonlands which hits stores on July 7th.  The band will be appearing at all three days of this year’s Rhythm and Roots Reunion in Bristol, TN this September and I have already circled the dates.  Additional tour dates and a first listen to “Honeymoon” from the forthcoming album can all be found via the band’s MySpace page.  “Smile When You Kiss” appears on A Buzz, A Buzz.

Smile When You Kiss by Bombadil
MySpace:  Bombadil 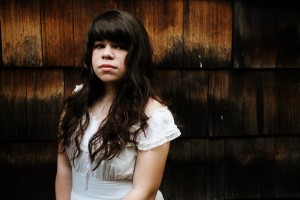 I know, I know…Oklahoma is not necessarily in the South per se, but it does indeed lie below the Mason-Dixon Line and Samantha Crain and the Midnight Shivers are just too good to ignore.  The second artist on my list to come to us from the Ramseur Records family, Samantha Crain is where I’d put my money if I were wagering on which artist currently signed to the Concord, NC-based label is most likely to follow in the steps of the Avett Brothers to find stardom on a much larger stage.

A Choctaw Indian by birth and blessed with a voice that ranks right up there with Neko Case and Jolie Holland in terms of its beauty and power, Samantha Crain has managed to knock both my sock and my shoes right off!  Hers is music for late night listening but just make sure it’s a late night filled with crystal clear skies, shooting stars, and a sliver of the moon shining through tall trees.  This is the music which shadows dance to in the pale, soft light of midnight.

Currently touring behind her latest album Songs in the Night, which snagged a first ever Rolling Stone review for a Ramseur release, your opportunities to see Ms. Crain and the Midnight Shivers are plentiful…including an appearance at this year’s FloydFest.  For a complete list of tour dates and more streaming songs, check out the band’s official site.  The title track to the brand new album is included below.

So there’s five acts from The South that I think are worth checking out, but why leave it at just five.  Who do you think should be added to the list?  What bands flying under the radar (and the Mason-Dixon) should we be on the lookout for?