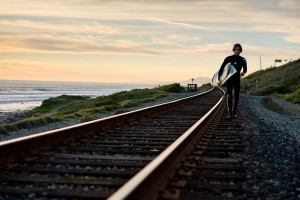 Here’s the problem: You play in the forest. You live in the city. So you have to drive to the forest, right? Maybe not. “The Union Express” is a new film by documentary filmmaker and surfer Josh Landan that follows surfers as they ride trains to travel to California’s best surf breaks. Even if you don’t surf, or live in California, the film acts as inspiration for finding alternative travel to your favorite trailheads. It’s tougher to do in the Southeast, where train travel isn’t as consistent as California, but it’s not impossible. Buses, bikes, trains, boats…there are ways to get to the forests that don’t entail driving a car. Watch the trailer, find the film, then pledge to take more outdoor trips without your car this year.

THE_UNION_EXPRESS from josh landan on Vimeo.