I spend a lot of time riding my bike, because A) it’s fun and B) it’s a great way to get around town. I’m convinced that Asheville has some of the best urban riding in the country. You want some singletrack? We got that in town. Gravel grind? Yep, that’s right here in town too. Heart-pounding, 1,000-foot climbs, brewery stops, mind-blowing graffiti…you can see it all from the saddle of your bike and never leave the city limits. You can also see the best of town from a canoe. The French Broad River runs along the western edge of downtown, connecting container bars and fried chicken joints with breweries and dive bars. I guess there are some parks and cultural landmarks along the way too, but I’m mostly concerned with the bars here. It’s a stellar two to three-mile paddle, so this past Whiskey Wednesday we decided to trade our bikes for boats and reimagine our typical pub crawl as a boat cruise. 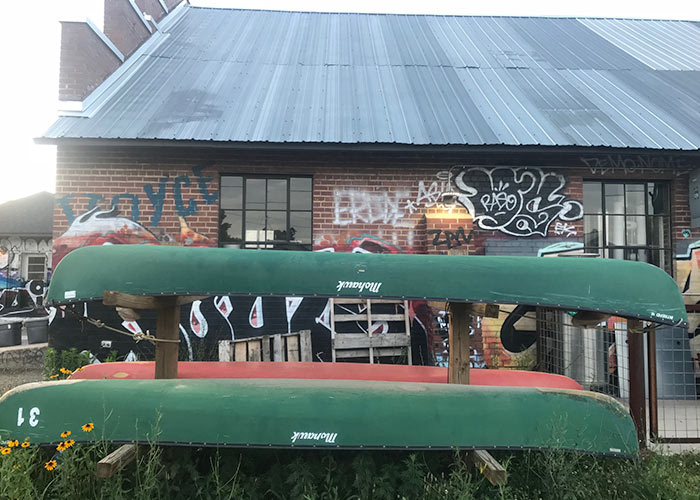 The beauty of powering a pub crawl with canoes is that you can carry beer with you in the boat. And drink between bars. Perhaps, because of this logistical nuance, the shenanigans escalated rather quickly during our weekly meeting of middle aged dads. Within a few minutes my canoe was flipped and sunk to the bottom of the river because of the actions of an aggressive Canadian. We played some ping pong, saw some amazing graffiti, over-stayed our welcome at several bars and ended up paddling a mile of the river in the dark. We also saw a submerged Jaguar (the car, not the animal) that had been stolen and driven into the river, and witnessed one of the most spectacular firefly shows I’ve ever seen in my life. At some point, one of the Whiskey Wednesday crew disappeared. He just vanished from the bank of the river, leaving his canoe-mate to navigate his ship solo. 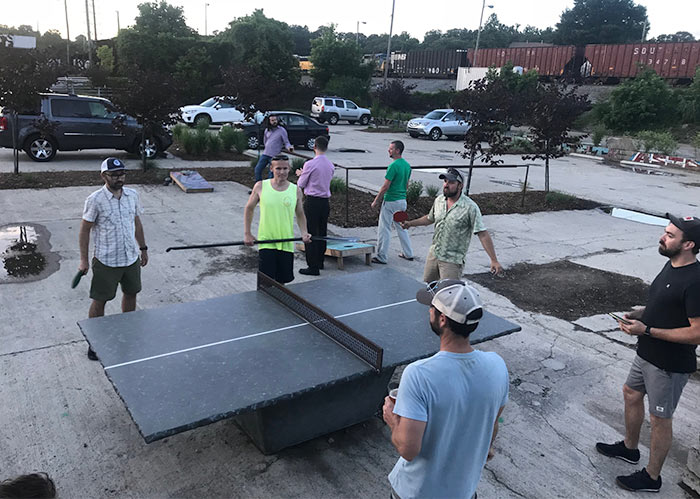 The whole thing made me revisit what might be my most lucrative half-brained idea yet: Canoe-Uber. Imagine the convenience of Uber, but instead of cars, you use canoes. Wait, hear me out. Most major cities in the US were built around navigable rivers. Let’s put that built in infrastructure to work with canoes for hire. Staff the canoes with professional boaters, build an app around the service and release the boats. 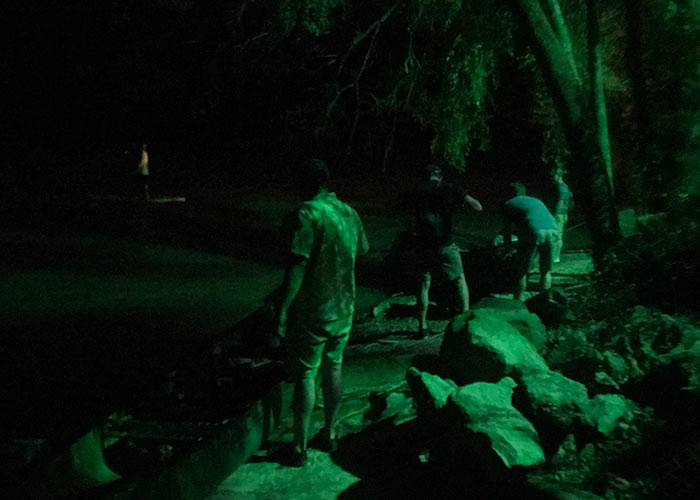 I admit there are some logistics to work out. Namely, rivers only flow in one direction. So, you can really only order a Canoe-Uber upstream and travel downstream. If you need to go the other direction, you’ll need to just get a regular Uber. We can’t help you. We discovered this ourselves at about midnight on Wednesday night when we reached our terminus and our shuttle truck was locked behind a gate. All we could do was ditch the boats until the morning, scale the fence and order a bunch of Ubers to take us home.

Is Canoe-Uber a perfect concept? No. But the principle is strong. I even have a slogan: