The Barkley Marathon starts with the race director blowing on a conch shell and lighting a cigarette, and it ends with either the Easy Button or Taps. It brags that it has a near complete failure rate. In its three decades of existence, only 15 runners have been able to defeat the clock, the mountains, and the briars.

The checkpoints are 13 books placed throughout the course, which consists mainly off-trail. Competitors tear the page that matches their race number to show that they have followed the course. The most advanced pieces of technology allowed are a basic watch, a paper map, and compass. No GPS allowed.

The Barkley 100-Mile Ultramarathon has a near-complete failure rate. In three decades, only 15 runners have been able to defeat the clock, the mountains, and the briars.

This year, world-record holders, Mount Everest summiters, and the world’s most elite runners competed alongside weekend warriors in this international event in the backwoods of Tennessee. Thousands apply each year, but only 40 are chosen.

The race started at 1:42 am into the heavy and damp fog of the night. Two athletes separated themselves early: John Kelly and Gary Robbins.

Kelly grew up in the mountains surrounding Frozen Head State Park. Robbins, meanwhile, was from Canada. They worked together for the first four loops. 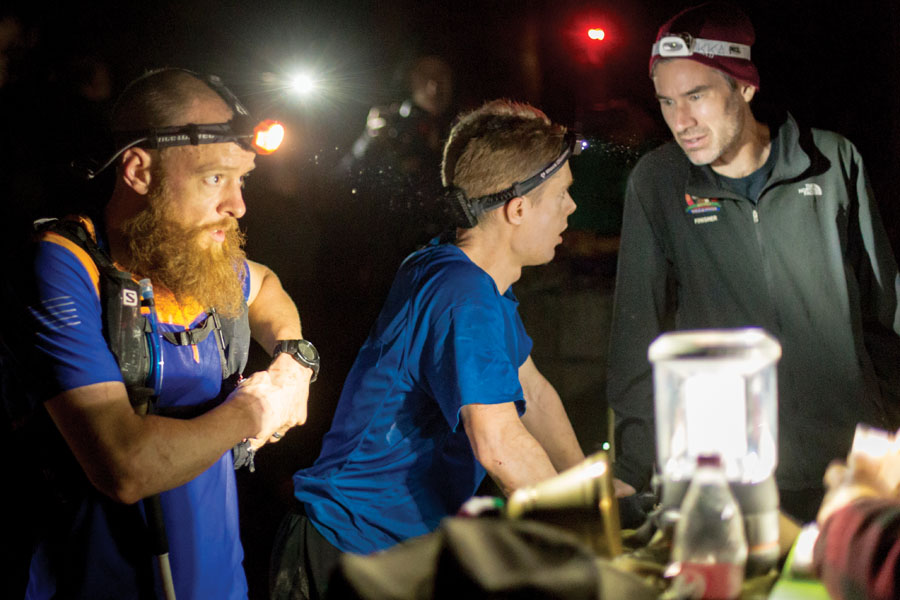 The race rules require that if two runners make it to lap five, they run it in opposite directions. As Kelly and Robbins started loop five around midnight, with about 13 hours remaining before the 60-hour cutoff, they both restocked quickly and hit the trail solo for the first time. At this point, they had not had any sleep in around 24 hours.

During the final lap, it rained heavily. Kelly ran with an orange toboggan he had found on the trail, believed to have been dropped by an inmate from the nearby federal prison, along with a plastic grocery bag to keep him somewhat dry during the downpour.

With about 30 minutes left on the clock, John Kelly pushed up the hill and touched the famed yellow gate moments later to complete The Barkley Marathons and become the 15th finisher of the event. The raw emotion on his face was a powerful testament to the moment. John pushed the Easy Button and took a seat. 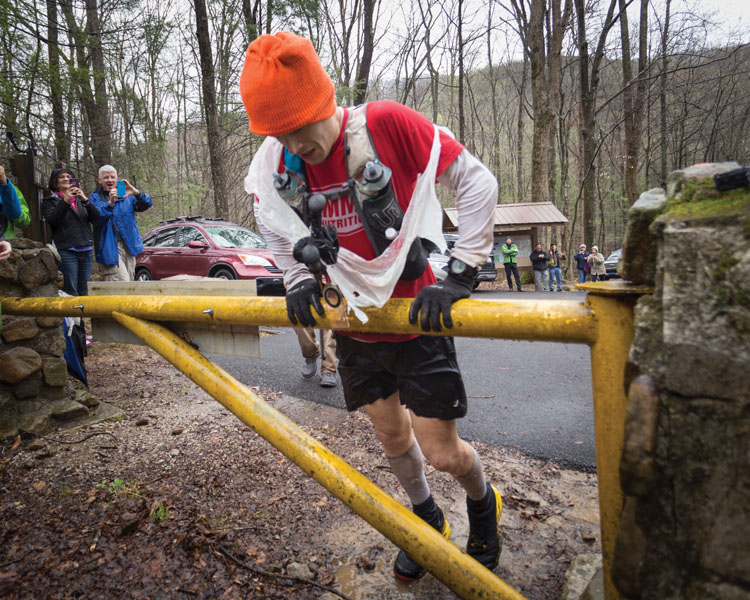 Meanwhile, Robbins’ wife and son waited nervously. Then, with a few seconds left, Robbins came running up the same road as Kelly—the wrong direction. Sprinting with everything he had, he lunged for the gate and collapsed on the road breathing heavily and soaking wet.

When Robbins touched the gate, the time read 60:00:06—six seconds over the time limit of 60 hours.

What had happened on the final lap? After reaching all the checkpoints, Robbins had gotten lost in the fog. He ended up going a few miles out of the way and had to swim across a flooded creek, a decision he made in his sleep-deprived state. He said that he knew he didn’t have the time to go back and get on the correct course route, so Robbins decided to race the clock even though he knew that going off course was grounds for disqualification.

At the finish line, after catching his breath, Robbins thanked the race director. Robbins said not to worry about his race, but to congratulate and focus on John Kelly for his accomplishment and becoming the 15th Barkley finisher.

Robbins began to walk to his tent with his family to clean up and get food in him, but not before having Taps played for his run. All eyes were on Robbins and his family as Dave the Bugler played what he called the hardest Taps the Barkley has ever heard.