In Search of a Secret Spot

My love for the Blue Ridge Mountains came at an early age. Like many kids in Charlottesville, Va., I grew up hiking, biking, fishing, skiing and paddling, but it was my grandparents who really taught me about the Blue Ridge Mountains. They had an Airstream trailer—the big silver spaceship-looking thing that still turns heads today on the highways and in campgrounds.

Every weekend and all summer, I would take off with my grandparents on another adventure in the mountains. We hit every campground from Pennsylvania to Georgia, often driving on the Parkway and exploring back roads. My grandfather taught me about the mountains and mountain people, and I became comfortable in the woods and was always ready for an adventure.

Fishing was an important part of almost all of these weekends and summer adventures. My grandfather (I called him Dub for reasons unknown to me) fancied himself as a fisherman, and he loved fresh rainbow trout. He didn’t know the term “catch and release” but he knew how to fillet a fresh caught fish and cook it to perfection on his grill outside the Airstream. He started teaching me to fish at trout farms and fish hatcheries where you could put just about anything on the end of a hook and catch a fish. 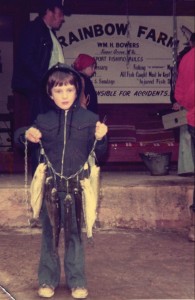 I quickly graduated to the rivers, streams and lakes of Appalachia. We went deep into the mountains on dirt roads in his old wood-paneled Suburban, passing dozens of fishable spots, and hiked miles of unmarked trails in search of the “secret spot.” These secret spots didn’t come from online research or a paid guide — they came through connecting the old fashioned way, by talking to locals. He had a system. Each time we would go into a new area or return to an area we had previously been, we’d hit up the local gas station and convenience store. Even today, these stores can be the centerpieces of some rural communities. He would get to know folks, ask questions, and when they told my grandfather to go to the place down the road where they sent everyone, he smiled and dug a little deeper. Eventually “the secret spot” would come out of them. As a kid, the list of directions, turns, and odd landmarks—all delivered by a thick Appalachia accent—was dizzying. And almost every time, my grandfather was able to make the turn at the “pregnant tree” or “where the three legged dog barks” and find that secret spot.

One day I asked, “Dub, I wonder if we stopped at all of those other spots closer to the campground if we would catch as many fish as at the secret spot?” I remember his mouth gaping slightly and his foot coming off the gas of the Suburban slowing the vehicle down the dirt road and he said, “I don’t know. I suppose we could try, but what would be the fun in that?”

I realized that eating a great trout dinner at the end of the day wasn’t the goal—it was the icing on the cake to a great day of adventure and conquering the unknown in pursuit of trout. It required persistence, attention to detail, and patience, and the reward was delicious. And sometimes at night around the community campground campfire after my grandfather told some strangers about our adventures, if the person asked just the right questions, he would tell them how to get to the secret spot. 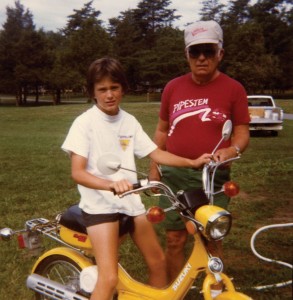 I would have never imagined back then that one day I would own a media company that’s main goal is to tell our fans, followers, and readers how to go outside and play. We are oftentimes criticized for giving up “secret spots” and sending readers into places that were previously only known by a small group of people. We don’t give up everything, and we still hold plenty of secrets, but we take our goal of encouraging people to get outside seriously. If someone wants to work hard enough to find some of the spots we uncover, then I hope the people who hold those spots sacred can be impressed enough to share them with others. In this day and age where everyone is looking for a quick “experience,” even Dub could probably get on board with this notion.

As we celebrate our 20th Anniversary and I look back on the past 11 years that I have been with Blue Ridge Outdoors, I can’t express how lucky I am to do this for a living. But none of this would be possible without our dedicated readers.