In today’s environmental movement, money talks.  Luckily one solution is surfacing that will boost our GDP while growing sustainability efforts at an exponential rate. Industrial hemp has been black-listed for years – being closely associated with it’s cannabis-cousin, marijuana.  However these two plants are very different, and laws are changing to define them more appropriately.  Jason Amatucci, founder of the Virginia Industrial Hemp Coalition, is a voice for this cause right here in the Southeast and here’s what he has to say.

“Hemp cannot, and does not, produce any drug whatsoever—no matter how you process it.  So why do we treat it like a dangerous drug to be strictly controlled?  We must do all we can to help vote out the politicians that are holding back the ‘no brainer’ sustainable American agriculture industry, American manufacturing, and an improved environment from advancing.” 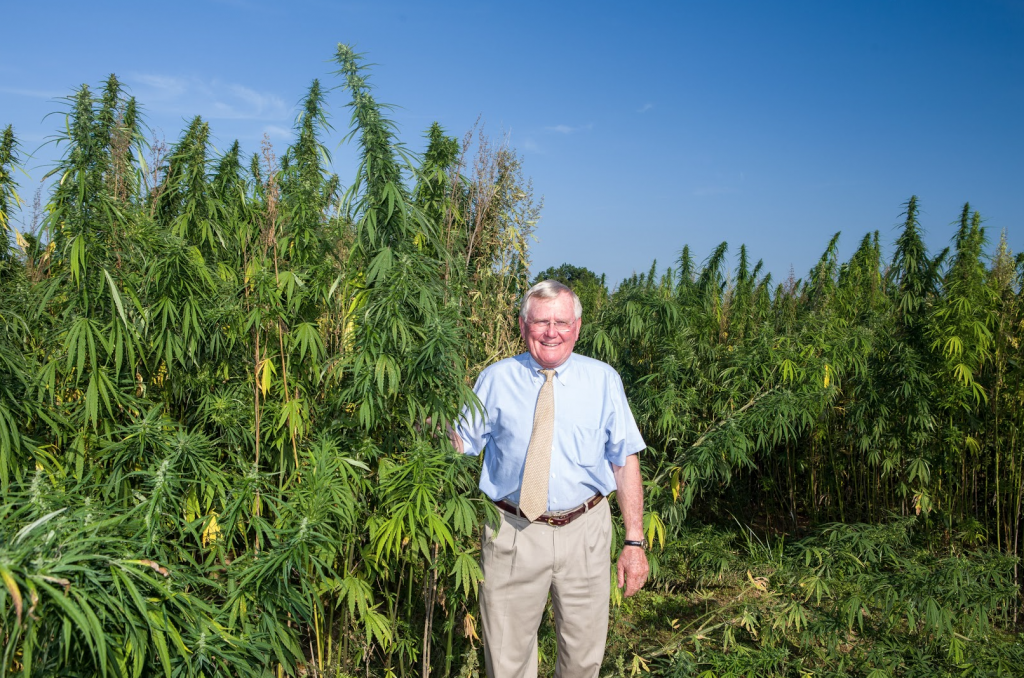 Industrial hemp is a wonder crop that grows tall and fast.  It’s already being used to manufacture clothing, rope, biodegradable plastic, Styrofoam alternatives, building materials, and paper.  And research is being done that shows potential for hemp as an efficient bio-fuel and soil-remediator.  Meanwhile, its seed contain a balanced concentration of protein, essential fats, vitamins, and enzymes, while sugar, starches, and saturated fats are nearly non-existent—making it one of nature’s most-perfect foods. 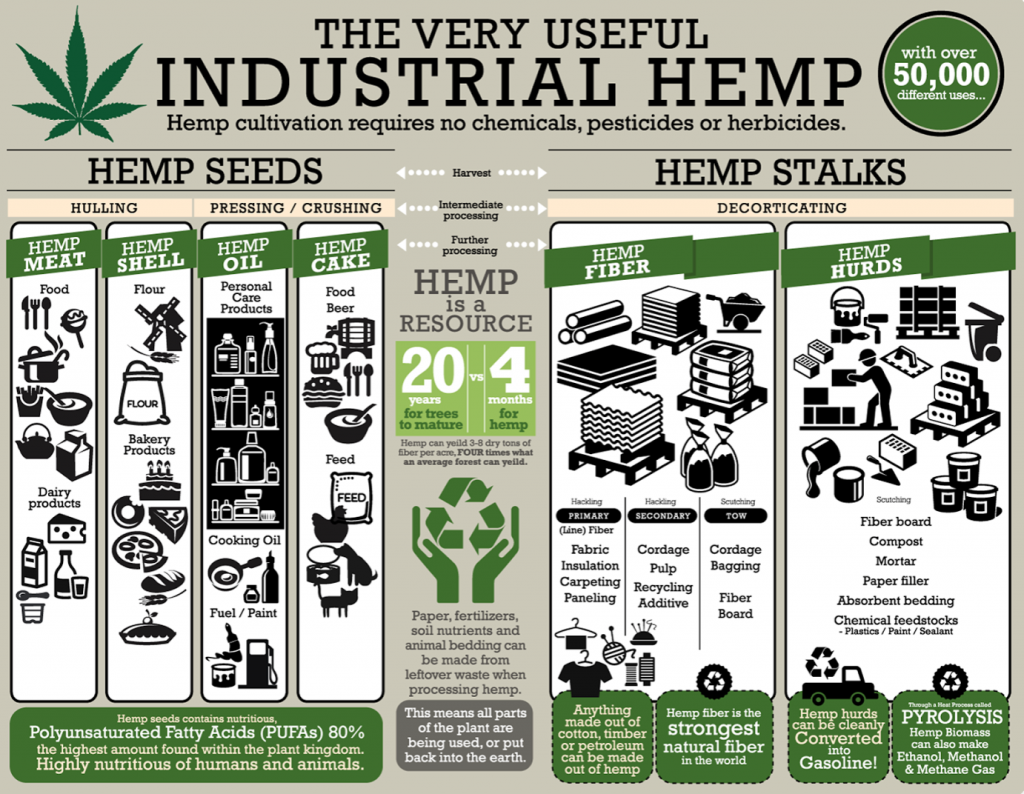 In addition to its consumer uses, it is good for the soil and grows like a weed.  With little need for pesticides and resilience to adverse weather conditions, hemp could be the cash crop American farmers have been waiting for.  Most importantly, it is nitrogen-fixing and puts down deep roots to support its long straight stalk. That loosens compacted soil.  These facts coupled with its high yield per acre, and high demand make it a no-brainer for farmers and environmentalists.

Fashion designers, food connoisseurs, engine nerds, and laissez-faire farmers are touting the accolades of this green gold while consumers reap the benefits. Similar in texture to linen (produced from flax, a cousin of cannabis), hemp can be used effectively in textiles as delicate as bedding, producing durable and luxurious products with a more sustainable business model.  But the U.S. still imports nearly all of this raw material.

After being eradicated from American soil and banned from our shelves for the better part of a century, hemp is poised to make a major comeback.  While the federal government plays catch-up on antiquated laws, the rest of the industrialized world has seasons of yields that they’ve been learning and earning from.  Luckily, many state-level legislatures now differentiate industrial hemp from marijuana in the eyes of the law.

Opportunities for exponential growth in the cultivation, production, manufacturing, and research for this useful plant has the federal government taking yet another look. Over the last decade hemp bills have been introduced by many prominent members of Congress and always snickered at, normally left to die on the floor of the House.  But this year is different.  Nearly half of the states have already reformed their laws and legislators are crossing the aisle to represent opportunities for business in their districts. From big cities to rural countryside, hemp is an important crop that can revitalize entire industries while restoring the local environment.

The Industrial Hemp Farming Act of 2015 (S. 134 & H.R. 525) was reintroduced early this session and is spending time in committee —further than it’s ever gone before. In a legislative session that represents a population who is mostly pro-cannabis, this could be the year that we see the federal ban on hemp finally lifted. 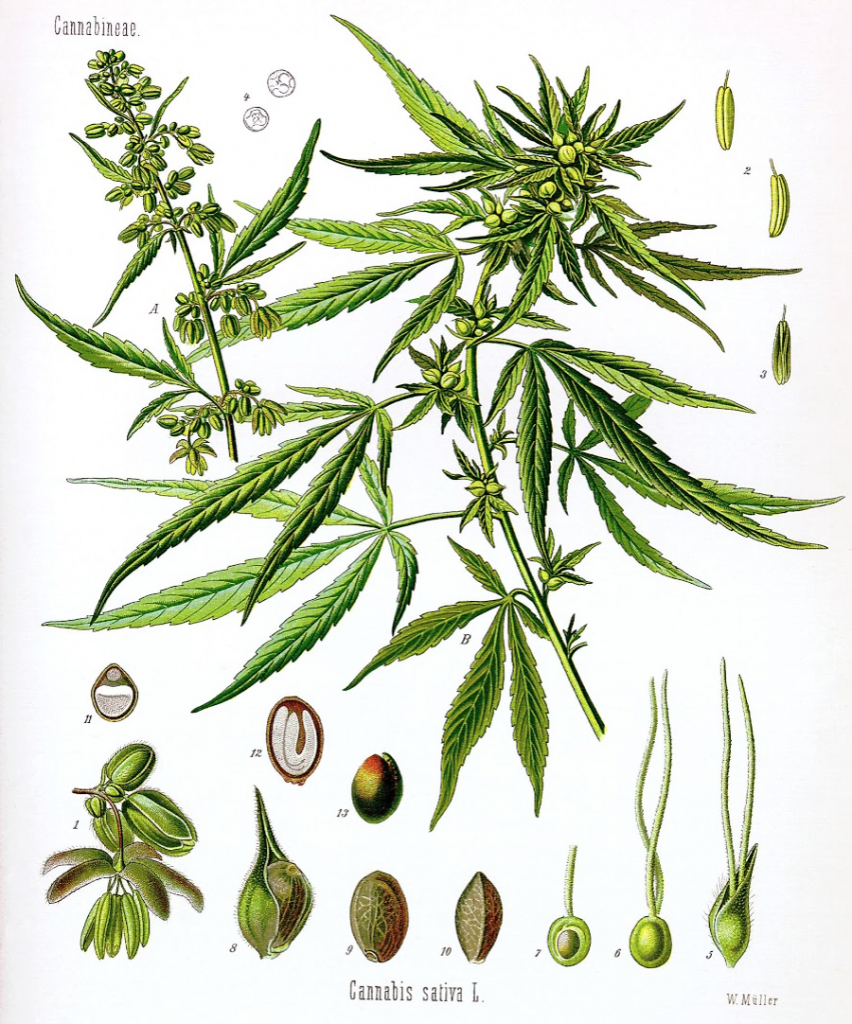 In the Southeast, Kentucky has one growing season under its belt and leads the way in hemp research.  Virginia just earned a victory in Bill 1277 that has legalized industrial hemp for research purposes but Jason Amatucci says that it’s not nearly enough.

“In the commonwealth of Virginia we still have a lot of political work to do. While Virginia Bill 1277 legalized tightly-controlled industrial hemp research and was a baby step in the right direction, we will not see business, manufacturing, and farmers getting fully involved until the industry is on proper legal footing. In Kentucky, the leadership in that State is 110 percent behind hemp.”

Currently, Virginia lawmakers are sitting on their hands, noone wanting to make the first move.  Meanwhile other states have begun to reap the rewards.  Now, we’re all in this together and anyone making progress is progress for all.  However, farmers and entrepreneurs are anxious to get their feet wet in this burgeoning industry, and they need to be given the opportunity in as many places as possible.

“[Kentucky politicians] have provided a pro hemp environment which has attracted lots of business investments to date. This year Kentucky will have 120 or so separate research projects growing hemp, some working with businesses and sales of the crop.  For Virginia to have any chance of remotely catching up to Kentucky, the government will have to get fully behind hemp and give farmers and businesses the legal protection they deserve in 2016.”  Amatucci says.

So, if it’s so great, why is it illegal?

There are several downsides to consider.  First and foremost, given the current trends in Cannabis reform, marijuana and hemp often go hand-in-hand.  Most of the medical or recreational marijuana states have passed hemp legislation as an obvious companion. 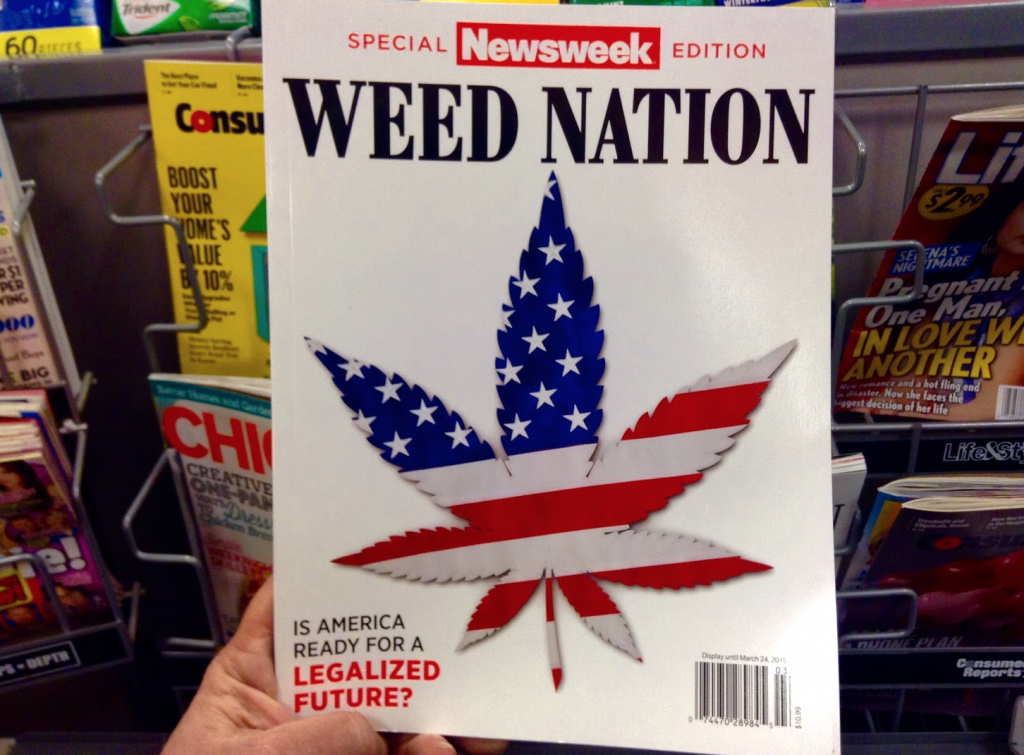 Several states have now passed legislation in the reverse with hemp leading the charge, posing some concerns.  And these concerns are highly political – Virginia’s own Bob Goodlatte, representing Roanoke and Lynchburg, has come out with his own concerns regarding enforcement.

“If you take the DEA out of the process, you’re going to have a situation where this law will be honored in name only and not used for the purpose it is intended, which is research,” Goodlatte said. “You cannot determine the THC limits of cannabis plants simply by looking at them. They need to be examined. The DEA fulfills that role.”

Secondly, rural homesteaders have always had issues with marijuana crops showing up on their land and wouldn’t a field of hemp make for a great place to hide a few marijuana plants?  Well, yes and no.  Firstly the cross-pollination effects would likely favor the hemp plant because of sheer numbers and – even if marijuana is able to grow to maturity in these conditions – it would need feet of space around each plant to accommodate it’s low-growing, bushy appearance.  These are likely to stick-out obviously among fields of tall, close-growing hemp – making it easy for DEA to identify during the fly-overs they already conduct.

Lastly, because it’s so tough, harvest and processing can be labor and cost-intensive.  Farmers tell horror stories of the bast fibers shredding their combines with resinous vigor while others talk of week-long machete-wielding work parties.  Even after the harvest, the work of retting (separating the fiber from the rest of the plant) and decorticating (cleaning each component of the plant) introduce additional steps outside of a farmer’s normal tasks. 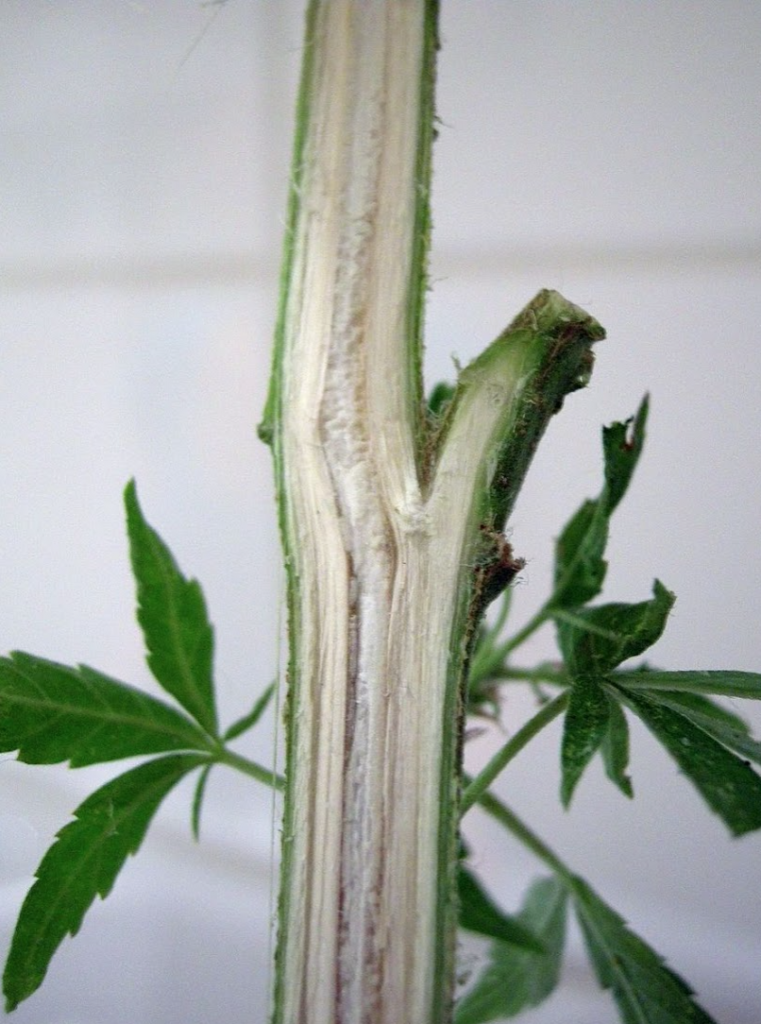 These concerns are valid and warrant careful consideration from legislators.  Looking to other countries yields no perfect answer to these questions but can the U.S. afford to allow another industry to be grown, processed, and packaged overseas when the best opportunities are available on American soil?  Jason Amatucci and the Virginia Industrial Hemp Coalition hope that this fate does not last much longer.  He says:

“What is holding the American Hemp industry back is the complete ignorance by a minority of politicians who still cannot seem to grasp the concept that industrial hemp is not marijuana, nor does hemp provide a good environment to grow marijuana. Some politicians scapegoat is that there is no market for it. That is flat out wrong and can be directly discredited by the vast amount of data from every other industrialized nation that grows industrial hemp.  [The U.S.] is the only industrialized nation in the world that does not have a hemp industry.”

Beyond the monetary benefits, take a moment to consider soil sustainability.  Maybe a term you haven’t heard of but probably should have.  History has shown us the detriment of over-farming.  For example, the Dust Bowl offered valuable lessons about the importance of topsoil – lessons we haven’t quite learned from. 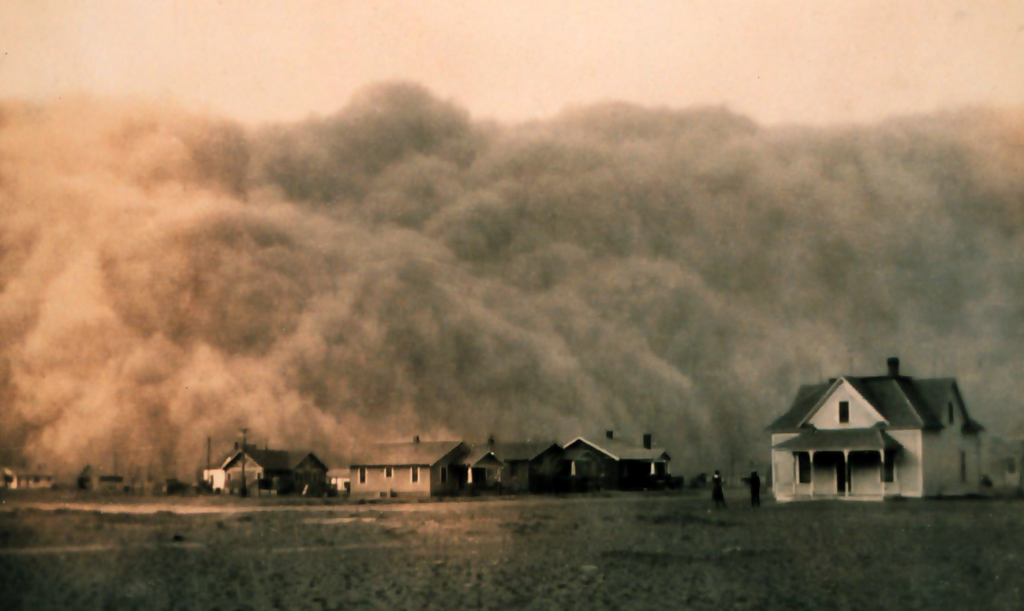 Today, many of the farms that feed us do so by producing large amounts of one crop at a time, rotating between corn and soybeans, for example, in a yearly cycle.  Hemp provides a near-perfect addition to this system.  Nitrogen fixing and deep-rooted, never before has a high-yielding cash-crop that remediates the soil taken so long to be sown.

Amatucci went on to say:

“The potential of hemp to benefit our economy and environment is enormous. Any politician standing in the way of fast tracking industrial hemp for our state and our nation is acting extremely irresponsibly. It is a shame that in 2015 we still have some with a ‘reefer madness’ mentality, holding back change and progress for our citizens – and a cleaner, healthier, sustainable environment.” 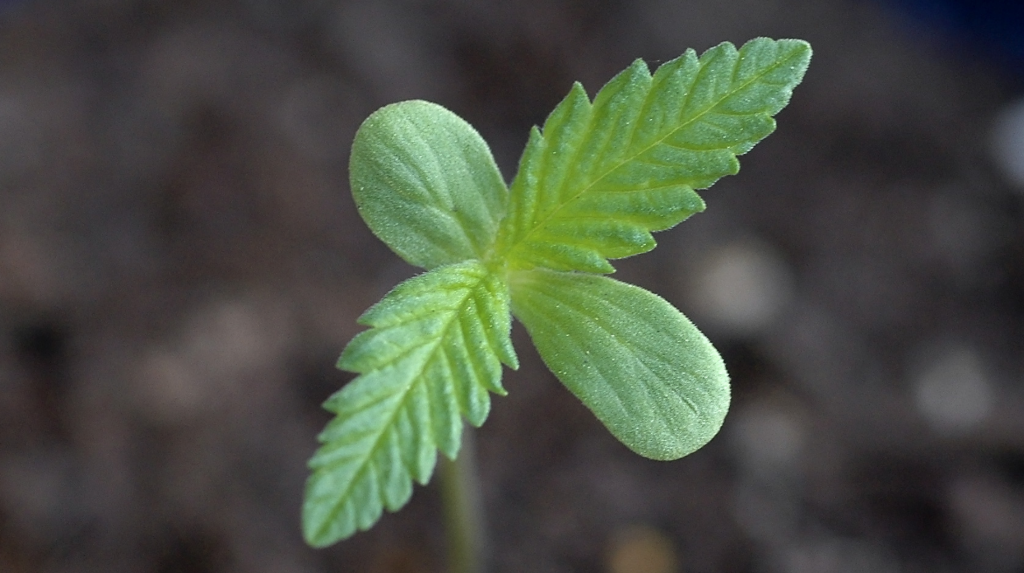 The Cannabis plant is a catalyst for a sustainable future and the more time we put off its cultivation, the bigger industrial mess our future generations will be cleaning up.  Although once demonized as an addictive substance that causes paranoia, cannabis is now legal in almost half of the United States.  It is essential to the revitalization of our economy.  Consuming non-renewable resources has driven our culture into an unsustainable direction that consumes without giving back.  Hemp will reverse those affects by repairing the soil it’s grown in and building a more sustainable future with each harvest.

To get involved, contact your elected officials – give them your knowledgable stance on this important issue and help influence the future of local and federal legislation.  Then, join the Virginia Industrial Hemp Coalition and other local organizations to celebrate Hemp History Week 2015 in Richmond on June 7th at the Byrd Theatre.  This event will be screening the documentary “Bringing it Home” at 1:35 pm with a Q and A panel after the film along with raffles for hemp products.  More details can be found here.

Check out these links for more information.