What will be President Obama’s legacy? The Affordable Care Act? The death of Osama bin Laden? Or perhaps his public lands legacy. President Obama has designated or expanded 23 national monuments and protected more than 265 million acres of public lands and waters, more than any other president.

Unfortunately, none of those new designations lie east of the Mississippi. Only 22 of the nation’s 121 national monuments are in the East. West Virginia currently has none. However, a group of Mountain State conservation advocates, businesspeople, outdoor recreation enthusiasts, and other citizens has organized to secure a federal designation for the proposed Birthplace of Rivers National Monument. 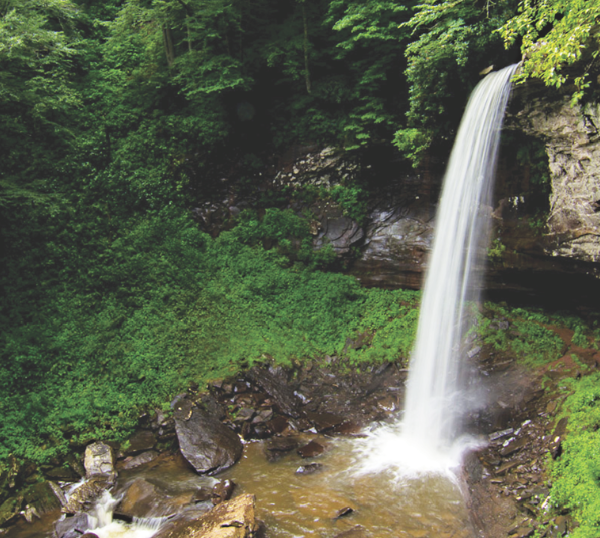 “There are no landscape-scale national monuments in the East,” says David Lillard, special projects manager with the West Virginia Rivers Coalition (WVRC). “There’s a need and a worthiness in the East as well.”

Where is the birthplace of rivers?

The proposed national monument is centered around the existing 47,815-acre Cranberry Wilderness, which lies within the Monongahela National Forest in east-central West Virginia and drains via the Cranberry and Williams Rivers. To encompass the headwaters of the adjacent Cherry, Gauley, Elk, and Greenbrier Rivers, the monument boundaries strategically include 75,000 additional acres, all within the national forest, in two sections along the Monongahela’s northeastern and southern borders.

The naturally diverse area already attracts hikers, mountain bikers, paddlers, anglers, hunters, and other outdoor enthusiasts. Protecting the area as a national monument would provide a wide range of benefits for West Virginia. A WVRC poll showed that 84 percent of voters support the proposed monument.

Second, this measure would help ensure the purity of the rivers, a critical step given that millions of people downstream depend on them every day for fresh, clean drinking water. Just two and a half years ago, a massive chemical spill into the Elk River polluted more than 300,000 people’s tap water for months, which highlighted the vital need for this protected resource. 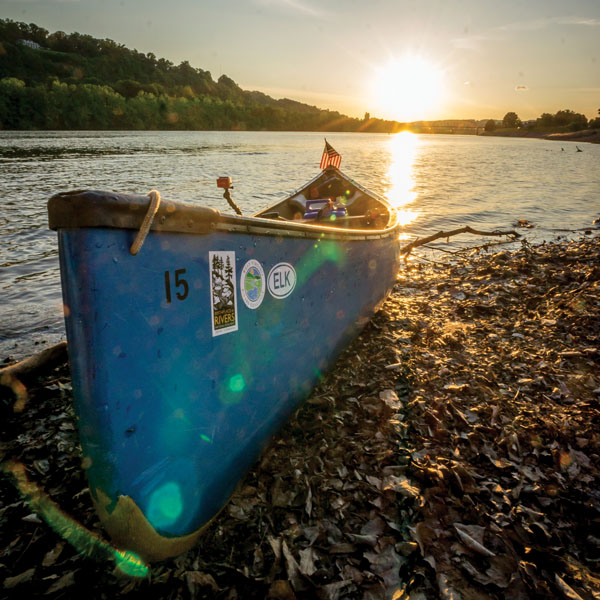 Third, says Lillard, a monument designation would help ensure that any future logging remains at a sustainable level.

The monument can significantly boost tourism revenue throughout the area. According to an economic impact study, the monument’s designation would create 143 jobs, increase visitor-related spending in communities surrounding the monument by 42 percent, and generate more than $14.5 million in economic output annually. Similarly, land-management research group Headwaters Economics studied the local economies of communities bordering or adjacent to 17 national monuments in the western U.S. from 1982 to 2011, and they found that jobs grew at four times the rate of similar communities that didn’t have a national monument as a neighbor.

How can it be designated?

National monuments can be created either by a majority congressional vote or by a signed presidential designation under authority of the Antiquities Act. “We’ll take it either way,” says Lillard.

The International Mountain Bicycling Association (IMBA) and the West Virginia Council of Trout Unlimited have also joined in supporting and advocating for the monument. And over the past several months, Lillard has witnessed many local community members living adjacent to the proposed site evolve from skeptics to advocates.

“There’s been a groundswell of local support around the area where the monument would be,” he says. “They’re self-organizing and have local leadership on the ground with more plans to boost community engagement. A number of outdoor and tourism businesses have been rising up and saying they really want this for West Virginia. We even have Birthplace of Rivers information centers now. At 14 local shops, they have maps people can take and postcards at the counter.”

In mid-May, Lillard and three Pocahontas County, West Virginia, advocates traveled to Washington, D.C., to meet with representatives from President Obama’s administration to discuss the Birthplace of Rivers proposal. Upon arrival, they delivered 1,500 letters of support for the monument to the president.

“Around the beginning of this year, the focus of this campaign shifted strongly toward the president,” Lillard explains. “He has indicated there will be more monuments designated. We’ve been meeting with his administration’s monument people for a long time, and they’re very interested.”

A presidential precedent of sorts exists for departing commanders-in-chief to establish 11th-hour public lands on their way out the door. For example, during the first seven years of President Clinton’s two terms in office, he designated one national monument. In his last year, he established 19, with seven of those only becoming official in his last week and a half in the White House. 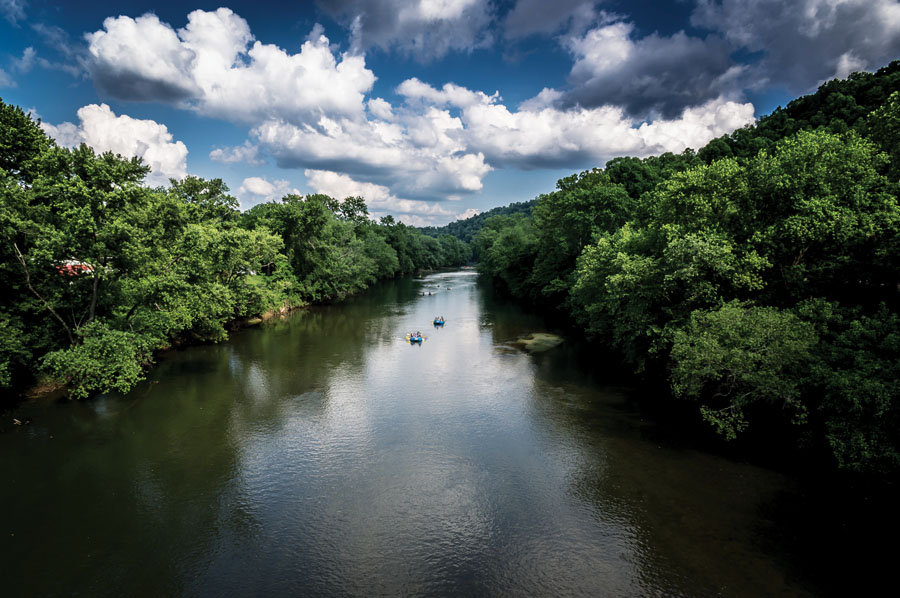 Some have expressed concerns that the national monument designation might restrict access, especially since the management plan for the landscape wouldn’t be fully developed until after the president or Congress approves the designation. The West Virginia state chapter of the National Wild Turkey Federation has expressed concern over the president’s potential use of the Antiquities Act to establish the monument, which in their view would be a federal back door that bypasses public approval.

To ease these concerns, Lillard explains that sustaining current levels of access both now and for future generations is one of main motivations guiding the designation push.

“For the most part, things would continue to be what they are now,” says Lillard. “Our proposal calls for some more restorative forestry, spruce in particular, but most everything else would stay the same. One of the biggest developments over the past few months has been that many former opponents are now at the table and see how the monument can be good for West Virginia and how they can have a role.”

Lillard agrees. “National monument status would allow the Forest Service to continue to manage it. We are not trying to create a national park, and we certainly don’t want to create more wilderness there or exclude people using it currently. What’s there now is what we want to keep. There are other types of protection, and we think this is the highest level of protection available.” 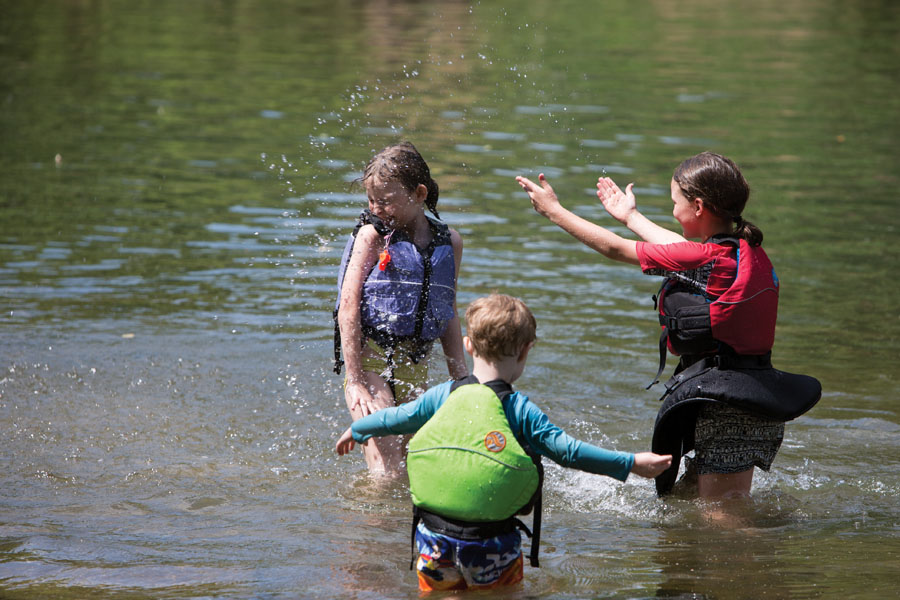 To help increase publicity for the proposed monument, a pair of Birthplace of Rivers advocates—paddlers Matt Kearns and Adam Swisher—journeyed from the Elk River headwaters in Southern Monongahela National Forest to the mouth of the river in Charleston. On the final day of their adventure, more than 100 fellow Birthplace of Rivers advocates joined in for a flotilla escort of the last few miles.

Said Swisher afterwards, “As President Obama wraps up his second term, designating this monument would be a significant way to ensure his lasting legacy in the Mountain State.”