Go OutsideMusic in the Mountains

Music in the Mountains

The hills are alive with the sound of music—now more than ever. As we look back on our past two decades, let us acknowledge the seismic shift in an industry that has left fans of live music with more options than ever. For musicians, the dream of getting a record deal is no longer relevant, as sales, sadly for the art form, of recorded music have steadily dwindled. In 1995, the year BRO was first published, the best-selling album of the year was Hootie and the Blowfish’s Cracked Rear View, which moved more than 10 million units. In 2013 the top seller was Justin Timberlake’s The 20/20 Experience at just under 2.5 million.

It’s no secret that the change in the sonic landscape is due to a digital revolution. From streaming services to 99-cent singles, people don’t pay as much, if anything, for recorded tunes. That leaves artists with one main option—hit the road. While they can use the same Internet accessibility to spread their sounds, a living ultimately has to come from ticket sales—ironically, music in its most analog form. As a result, we’re never short on shows in the South. Just look at the continuously increasing number of festivals or the full schedules of the Orange Peel in Asheville, the Bijou Theatre in Knoxville, or the Jefferson Theater in Charlottesville—all old facilities that, in this century, were renovated and repurposed as rock clubs. That goes too for smaller spots, like venerable singer-songwriter haunt Eddie’s Attic in Atlanta or the Purple Fiddle, a tiny general store that hosts bluegrass shows in West Virginia. Scrappy musicians are hitting venues like this on a nightly basis, working harder than ever to impress new fans.

The independent spirit of this ethic encapsulates why BRO added music to our growing coverage of mountain culture back in 2004. Appalachia’s musical roots are steeped in the tradition of sharing songs through spontaneous performance and front-porch authenticity. That continues to happen today at old standbys like the Carter Family Fold and new rooms such as Chattanooga’s Track 29, and from the living legends to the indie upstarts, we’ll continue to highlight the musical faces filling these places with sound.

Ralph Stanley just turned 88, but retirement doesn’t seem to be in his plans. The bluegrass icon, who first made an impact with his late brother Carter in the Stanley Brothers back in the mid 1940s, still tours with his grandson Nathan and his longstanding Clinch Mountain Boys. He’s also getting set to host the 45th running of his Memorial Day Weekend Bluegrass Festival at his old home place in southwest Virginia. It’s impressive longevity from a man who can still make the hairs on the back of your neck stand up when his haunting tenor sings signatures like “O Death.”

In 2002, the first Bonnaroo Music and Arts Festival took place in Manchester, Tenn., drawing 60,000 music fans to a dusty 700-acre farm in Manchester, Tenn., for what was then primarily a jam-band gala. The event has proven to be a game changer in the music business. While historically not the first of its kind, the festival sparked a revival, taking a risk and proving that music fans were willing to spend big bucks on one-stop multi-band galas. In the years since, festivals across the country have been multiplying like Gremlins. Counterpoint, Shaky Knees, and Lockn’ are just a few that have popped up in the South in the last few years and attendance has swelled exponentially at some of our old favorites like FloydFest and the Bristol Rhythm and Roots Reunion.

Bands aren’t complaining. These festivals typically mean a big showcase to make new fans and a bigger payday than club gigs. But many are starting to speculate that the crowded festival landscape is an expanding bubble that’s ready to burst. For now, we’ll just enjoy all of the options.

The Ascent of Steep Canyon

The Steep Canyon Rangers are one of the region’s hardest-working bands, bustling around the region for the past decade and a half with a ripping bluegrass sound that respects traditions yet incorporates a progressive edge. In 2008 the Rangers were joined by a surprise guest at their own Mountain Song Festival in Brevard, N.C.—actor, comedian, and skilled banjo picker Steve Martin. Soon after, the comedy legend started devoting more time to his music. He’s released four albums (three studio, one live) since 2009 and toured extensively using the Rangers as his steadfast backing band for shows that integrate fast picking and plenty of humor. The exposure has helped Steep Canyon move into bigger venues—a well-deserved break for one of the Blue Ridge’s best bands.

The Avett Brothers first caught our attention back in 2005, during an at-first unassuming set at Merlefest on the tiny Cabin Stage. It wasn’t difficult to realize the band was on the cusp of bigger things—even if the formula seemed relatively simple. Then touring as the original trio, the group looked like a typical young three-piece bluegrass outfit, armed with banjo, upright bass, and acoustic guitar. The sound was immediately intriguing—a unique meeting of Doc Watson’s front-porch sincerity, Beatles-esque attention to melody, and the accelerated grit of Faith No More. But the visceral connection came from the powerful singing, as brothers Scott and Seth Avett delivered honest lyrics through ragged harmonies, fully entwined by familial bonds.

The secret didn’t last long; venue size grew rapidly and the North Carolina band now plays arenas in its native Southeast. From Mumford and Sons to the seemingly endless number of small indie-folk bands, more and more banjos are falling into the hands of young rockers. While this may be just a trend, the Avett Brothers—touring as an evolved seven-piece band to fit the bigger stages—have become a regional institution. They bring a piece of Appalachia to the rest of the world and always come home to play Merlefest, where they will headline this April.

Musicians often say being in a band is like being in a forced marriage, which inevitably makes it tough to stay together. Many favorite bands from the past decade-plus have parted ways with key or founding members. Gone for good? Powerful vocal duo the Civil Wars. But fortunately, in many cases band splits have resulted in even more good music being made. Jason Isbell left the Drive-By Truckers back in 2007, and while his old band still rolls on, the solo tunesmith has found even greater success. Old Crow Medicine Show split with founding member Willie Watson, but last year both the band and now-solo folk singer released exceptional albums. It’s also hard not to miss the original line-up of the Carolina Chocolate Drops, now down to one original member. The latest to leave, Dom Flemons, released a broad reaching folk album last year that is also definitely worth a listen.

“We didn’t grow up with bluegrass or any one particular rootsy kind of music. We found that throughout our journey. As long as we’re progressing and changing, we’ll stay alive and breathe well. The word acoustic has a huge power with a new movement that includes us and a number of other bands. We want to respect that and cherish that without being stuck with limitations.” –Scott Avett of the Avett Brothers, May 2008

“The first time (late guitarist) Mike (Houser) and I were playing together, we realized something special and different was going on. That has to be the pinnacle moment, because it led to everything that has come since. Playing venues like Red Rocks and the streets of Athens were really big things, but they happened because of bigger things like knowing we were a band that needed to stay together.” –Widespread Panic frontman John Bell, reflecting on his band’s 25th anniversary, September 2011

“I like the quietness of being out in the country. It’s peaceful and the air is cleaner. The only shame is the spray they use at the Christmas tree farms. It seeps down into the earth and gets in the water table. You need to have a well that goes below the water table.” –the late Doc Watson talking about his long-time Deep Gap home in the North Carolina High Country, April 2009

“I’m lucky that so far certain songs resonate with people. All we have to go by is what pleases us, what we feel, and what rings true to us. In some ways our lives might be different than those that listen to our music; we probably spend more time away from our families than most people, but everyone knows what it means to be homesick. People aren’t all that different. It isn’t like we are the Rolling Stones, living some extravagant lifestyle. We all come from working class roots.” –Patterson Hood of the Drive-By Truckers, May 2008

“My mandolin has become a new body part for me. I cannot live without it.”

“I really enjoy country and rock ‘n’ roll and everything in between. I would attempt hip-hop, but it wouldn’t be any good. I’ve never thought about my own identity. I’m just out here trying to write songs that don’t suck.”

I love challenge, and I love the banjo. And I love the musicians I get to play with. It’s a lot of work to play so much different music, but it’s very satisfying.I know how lucky I am to get to spend my life doing this, and I never take it for granted.” –Bela Fleck, January 2014 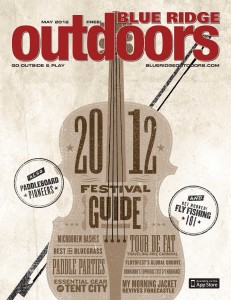