After a 44-year wait, Bruce Matson began the 2,189-mile journey that has long been awaiting him. On February 25, Matson set out from Springer Mountain in Georgia to begin a northbound thru-hike of the entire Appalachian Trail (AT).

Back in 1974, before a long climb to the top of corporate success, Matson was inspired to look beyond the hustle of city life. At a camp in Connecticut, Bruce first became introduced to the almighty challenge of the Appalachian Trail by the legendary Warren Doyle. Doyle, now a major advocate and teacher so to speak of the A.T., had just recorded the fastest known thru-hike from Georgia to Maine.

“I actually said to myself – ‘I’m going to do that some day,” said Matson.

As a youth, Matson hiked Mount Katahdin, the northern terminus of the A.T., But then Matson went on to college and law school. Marriage and children also kept his A.T. dreams on hold. 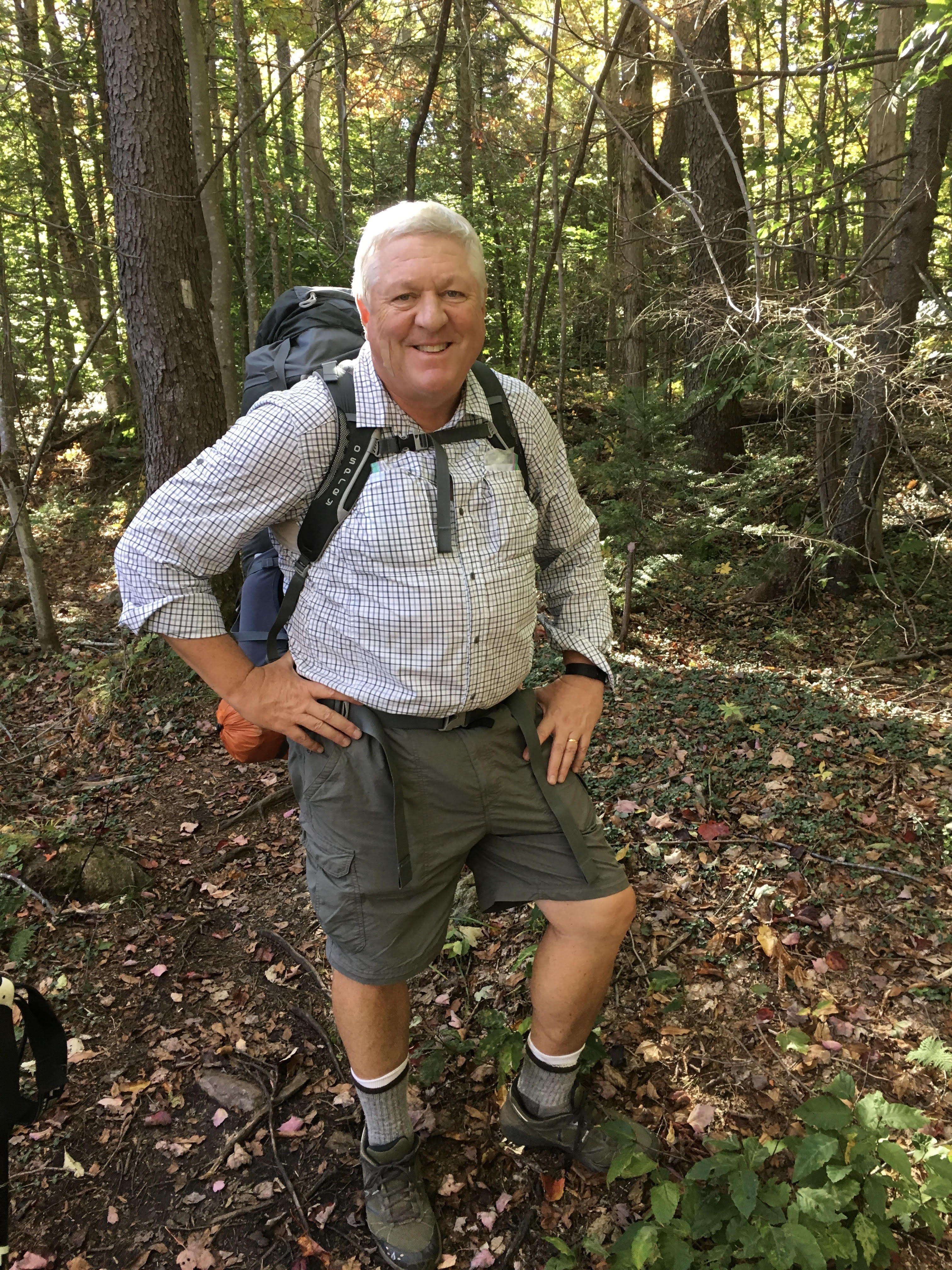 But over the years, the Richmond attorney frequently offered “trail magic” to A.T. thru-hikers passing through Virginia, helping them with resupply and bringing them dinner.

Now, at age 60, he is finally fulfilling his childhood promise to thru-hike the A.T.

Matson is no stranger to long-distance hiking. To prepare for the A.T., Matson hiked the 500-mile Camino de Santiago, as well as the 40-mile Overland Track in Tasmania, and the 35-mile Milford Track in New Zealand.

Perhaps the biggest challenge Matson faces won’t be the A.T.’s grueling climbs, but his record-setting fundraising goal. Matson is pledging to raise $250,000 for the Appalachian Trail Conservancy. If successful, Matson will provide the highest individual monetary contribution ever made to the Appalachian Trail Conservancy.  The effort is commonly referred to as RTK’s AT Challenge, a reference to his trail name and web site: Returning to Katahdin.

“Bruce Matson’s dedication to the Trail has been an inspiration to us all at the Appalachian Trail Conservancy,” said Tiffany Lawrence, vice president of membership and development for the ATC. “His efforts have helped spearhead our new crowdfunding platform, creating a way for all Appalachian Trail lovers to easily raise money to help protect the Trail for generations to come.”

“At this time of my life, it seems that the proper response is to be grateful and to try to give back,” says Matson. “That’s what I’m trying to do here, help make sure in my own small way that this footpath will be available to others with similar dreams.”

You can follow in Matson’s footsteps at www.returningtokatahdin.com or on a weekly podcast entitled “Returning To Katahdin:  An Appalachian Trail Dream” (available on iTunes and elsewhere). Author, podcaster, and 2014 AT thru-hiker Steve Adams will be interviewing Matson each week about his progress along the Trail.