“When people try to bully, we have to let them know that’s not going to happen. I came here tonight because we aren’t going to stand for vandalism. We aren’t going to allow threats,” said James Garrison, one of hundreds who has visited Black Star Line Brewery in the days after hate crimes occurred.

Black Star Line Brewery, the first black and woman owned brewery in Western North Carolina, celebrated its grand opening on November 10, 2017. L.A. McCrae, the owner, brings her loyalty to African techniques to the beer making process, which favors sweet flavors over hops and bitters. The brewery opened in a cozy building situated in the middle of downtown Hendersonville, North Carolina.

A week after the opening, the brewery received threatening emails using the alias “N-word killer.”  The emails threatened the personal safety of those involved in the brewery.

A day after receiving the first email threat, the brewers at Black Star Line realized that someone tampered with the electrical side of their operations, jeopardizing beer production. The Hendersonville Police Department is currently investigating both crimes.

The craft beer community has stepped up to make it clear that Western North Carolina welcomes diversity. Both Sierra Nevada and Sanctuary Brewery played pivotal roles to help get Black Star Line Brewery back to producing beer and serving the throngs of customers who have come out in support of the brewery.

Sierra Nevada helped the brewers fix the electrical side of their operations and Sanctuary Brewing Company, long-time friends of the Black Star Line Brewery staff, collaborated in various ways, including a keg swap.

The staff at Black Star appreciates the community response over the past few days. “Everyone pulled together to get us back on our feet,” said Simon Melendez of Black Star Line Brewery. 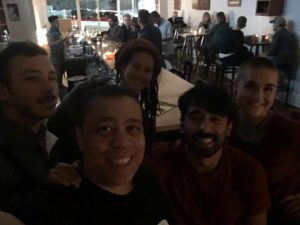 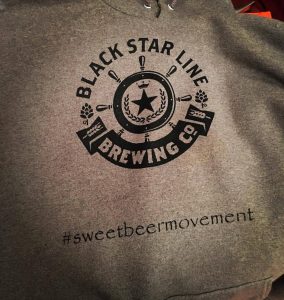