The beautiful thing about singing karaoke, is that everyone is bad at it. In fact, if you’re good at karaoke, you shouldn’t be singing karaoke. You should be in a band and not trying to dominate amateur hour. Karaoke is for those of us with no singing ability or stage presence. So, there’s a sort of bizarre inversion with the sport of karaoke, where the worse you are at it, the better you are at it.

Did I just refer to karaoke as a sport? I guess I did.

I know about the Karaoke Inversion Principle (KIP) because during a recent Whiskey Wednesday, instead of shredding powder (ice) at Breckenwolf, the WW crew descended on a local bar to discover it was karaoke night. And there’s only one thing you can do when you stumble into an open mic situation: Take a shot of whiskey and sing Alanis Morissette’s “Ironic” at the top of your lungs. 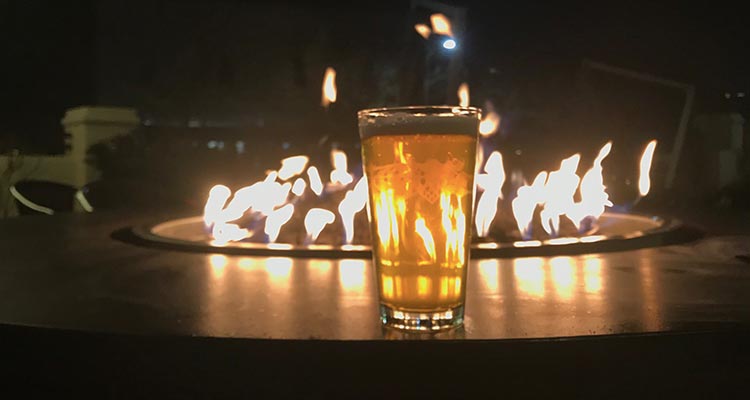 This is the problem with ski season ending too soon: The Whiskey Wednesday crew is aimless. We’re still going to gather each week, but we’re gathering without a singular purpose. With no Breckenwolf, we’re like teenagers who’ve been kicked off the varsity basketball team. We’re going to get in trouble without sports to keep us busy. It’s only a matter of time before we get arrested for tagging public property.

At some point in the near future, it will be warm and dry enough to mountain bike. But right now, we’re in an awkward shoulder season—that space between sports where we don’t know what to do with ourselves. So, we explore things like karaoke. We challenge random people on the streets to foot races. We develop an elaborate but dangerous point system based on each person’s performance during the evening. If you win a footrace, you get points. If you get kicked out of a bar for doing a shirtless victory lap after winning a footrace, you get Shenanigans points.

Shenanigans points are the most revered points.

Thank god for the climbing gym. That’s become our default activity during shoulder season and allows us the opportunity to burn a few calories before trying our hand at belting moody alternative rock from the ‘90s in front of a bunch of strangers.

So, goodbye ski season. Goodbye Breckenwolf. We’ll miss the snow guns and questionable conditions. For now, we’ll wait patiently for mountain bike conditions to improve. And in the meantime, we will devote ourselves to the dual sport days of climbing and karaoke.