Whiskey Wednesday has been floundering recently. I blame a series of unfortunate events, namely a crappy winter, but also the fact that one of our Founding Fathers had another baby which, apparently “requires his love and attention.” Also, another one of our Founding Fathers decided to start “focusing on his career.” Obviously, I’m dealing with a couple of selfish bastards, so Whiskey Wednesday has been a hodge-podge of half-ass climbing sessions and ping pong exhibitions, most of which have seen a limited turnout. Some weeks, we don’t even meet at all. It’s shameful.

But we’re at the precipice of biking season, so I’m hopeful that we can get the gang back together and keep Whiskey Wednesday alive. I think the tradition is more important now than ever. With all this uncertainty in the world, middle-aged dads need to commune once a week to practice the lost art of racing up and down mountains and drinking cans of beer in parking lots.

In hopes of jumpstarting the spring session of Whiskey Wednesday, I took a streamlined exploratory crew to check out Fire Mountain, the new trail system in Cherokee, N.C. By all accounts, it was a successful Wednesday. We knocked out a 17-mile ride in brutal 85-degree temps on a buff trail system full of fast, flowy singletrack, won $32.50 at the blackjack table in Harrah’s Casino and scored a voucher for free Chinese food. Singletrack, free noodles and cash money…that’s as good as hump day is ever gonna get. 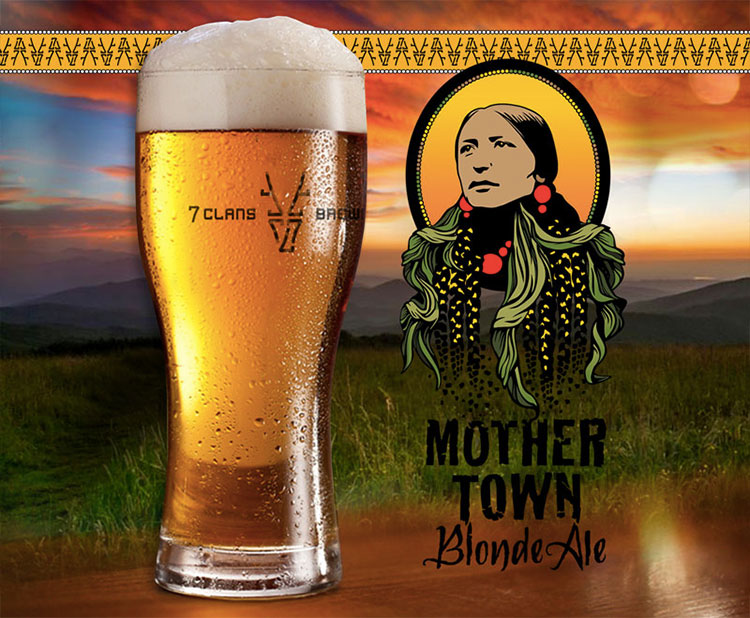 I also had the chance to try MotherTown Blonde, a new beer from an upstart brewery called 7 Clans Brewing, which is owned by two enrolled women of the Eastern Band of Cherokee. They don’t have a physical brewing space yet, but they’ve partnered with BearWaters Brewing in Canton to produce the beer until they get their own shop up and running. I found the beer at the casino, and it was exactly what I needed after a hot day on the trails: crisp and refreshing and damn easy to drink. I’m typically not a fan of blonde ales, but they have their time and place. Specifically: right after you’ve ridden 17 miles in the sun, and just before eating a massive bowl of lo mein.

The trip to Cherokee was like a mini-adventure where I gained perspective on life and learned some important lessons about myself. 1) I don’t eat Chinese food often enough. 2) It’s important to step out of your comfort zone and try new trails and new beers. And 3) I will not tolerate the lack of commitment from the other Whiskey Wednesday Founding Fathers. Family and careers be damned, this is God’s work that we do every Wednesday. The world needs us.